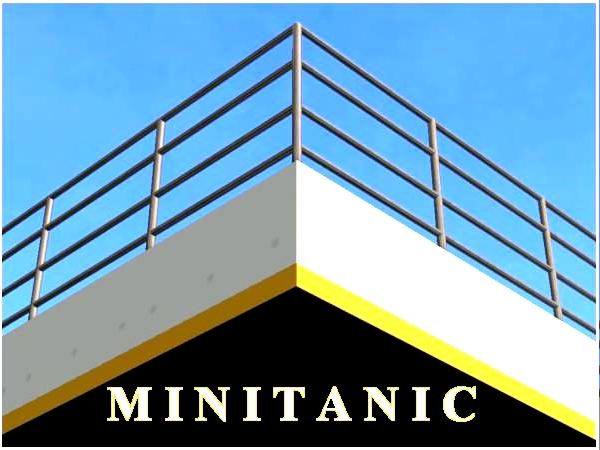 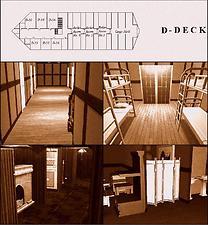 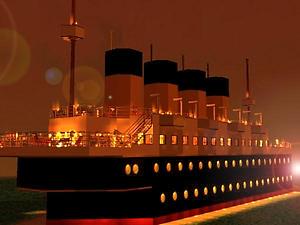 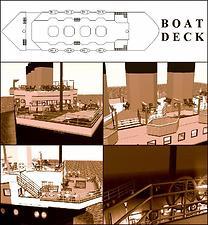 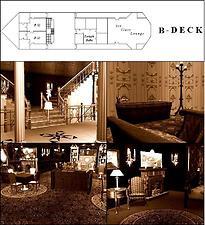 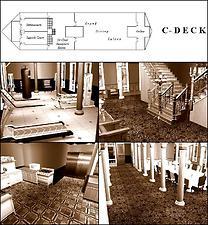 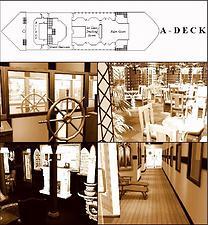 The sinking of the R.M.S. Titanic was a financial disaster for Bruce Ismay and the entire White Star Line. Luxurious ocean liners were no longer considered safe by the public, and the dreams of the 20th century were shattered. Some time after the collision, lost plans for a White Star Line liner was found, a ship much, much smaller than the Titanic, yet it somehow managed to retain the spirit of the big ship. These plans were apparently trashed, but brought back to life by the spirited Yellow Sim Circle Cruise Line Agency in the early twenties. For nearly a century, the Minitanic has continued to thrill the few passengers it can hold, with its recreations of many of Titanic's features, such as the magnificent Grand Staircase, the First Class Smoking Room, Verandah Cafe, Turkish Baths, the First Class Dining Saloon, Gymnasium, and a first class suite. Now it is made available for all Sims on earth, with a small price of only $730,831. Save up your money today, for tomorrow you might find yourself in the lap of luxury.

- Boat Deck complete with four smokestacks, eight lifeboats, several lounging areas
- Two crow's nests where your high-spirited Sims can watch for danger
- Minitanic's Bridge and Boathouse; contains two steering wheels, coffee maker, and wireless operations
- Two Levels of a Grand Staircase
- The First Class Smoking Room
- Palm Court/Verandah Cafe
- A First Class Suite
- The Lovely Turkish Baths
- First Class Lounge
- Gymnasium, as well as a unique "Squash Court" using the military career reward object
- Grand Dining Saloon seating fourteen Sims; complete with Stewards ready to serve
- A galley where your Sims can prepare their own meals alongside the chefs of the ship
- Six third class staterooms (not too pleasant)
- A third class wasteroom and a third class showering chamber
- Three boiler rooms
- Cargo hold filled with... interesting items. Sadly I could not get ahold of the Model T-Ford car... it's been removed by the creator for some time now.

Because the Minitanic is considered a ship of its own class, the Yellow Sim Circle Cruise Line Agency has ordered the entire ship to be photographed. Along with a collection of deck plans, I present the photos taken.

I used a good amount of custom content for this project... without it, it just wouldn't work. Thank you very much to all the Sims 2 modders out there who make these sets. It really helped out.

Included
Not Included
I would also like to thank the folks in the Feedback Forum for their advice and help in the creation of this lot.

Grand Staircase Tiling
Palm Court/Verandah Cafe Wallpaper
Smoking Room Wallpaper
Grand Staircase "Honor and Glory" Wallpaper
and Minitanic Hull Set Wallpaper - Made by myself. Not the best at this, but I think it got the job done.

There is a problem with this lot that could be severe for someone who is wanting their Sims to disembark from the ship. There is no way to board the ship or to get off the ship, unless you have downloaded a tool that allows Sims to transport themselves across a lot... or you could use the move_objects code to drag your Sims onto and off the water surface. However, I did place the mailbox and trash can on the A-Deck exterior so that your Sims will start on the ship.

I'll use this space for any other issues/bugs that might come about.

I don't think anyone's going to actually upload this anywhere... but please don't. It is something that I've poured part of myself into (or something like that), so I'd appreciate it if all content stayed on this site. If you are going to upload my cruddy floors or wallpapers for use on a lot here, please ask me first.

Everyone is free to use this in any story/movie though, so long as its designer is credited.

Get ready to stretch Minitanic's legs in the open sea.