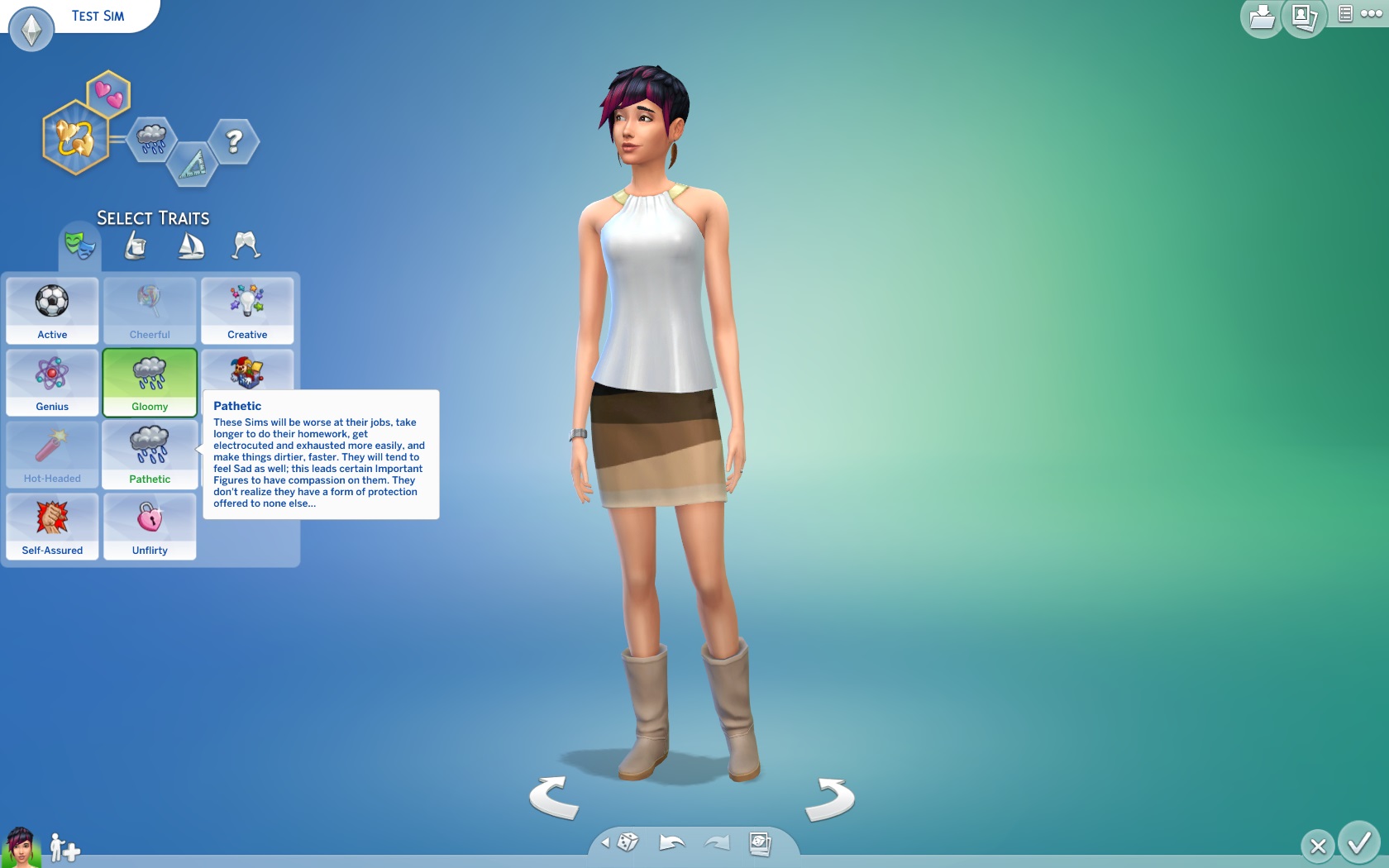 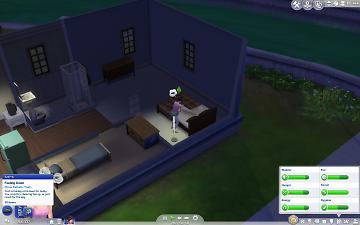 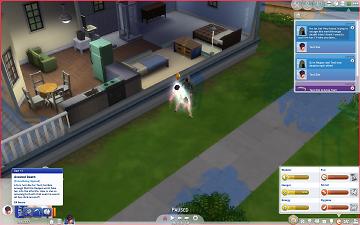 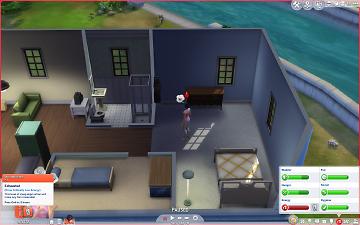 173 Thanks  Thanks     75 Favourited
This is my first upload to the site, and it adds a new trait: 'Pathetic', which you can find under the 'Emotional' tab in CAS. This trait affects Sims in many ways:

> Buff replacements
- The Reaper's Friend serum does nothing for them; the moodlet is blocked
- These Sims will become Sad rather than Happy when spared from Death

> Whims and Autonomy
- There are no special whim rolls associated with this trait, but autonomy is copied from the Gloomy Trait.

> Interaction effects
- If the Sim dies from anything other than Old Age, he/she will be resurrected automatically. Needs will be considerably lower than when a normal Sim is resurrected.
--This will tank your Sim's relationship with the Grim Reaper

--- On the flip side, when he/she finally does die of Old Age, he cannot be spared.

--- This mod is designed to take Vampires into account for this, and steps are taken to make sure Vampires with this trait don't immediately burn to death after being resurrected!

>Other changes
- With this mod installed, any Sim who is resurrected by the Grim Reaper will have whatever caused their death taken care of; this mostly comes down to removing the offending moodlets. Sims who are spared from Old Age will get a life extension.

This mod conflicts with any mod that modifies any of these files:


The trait does not conflict with any other trait, and is available to children and older Sims.
...sorry I couldn't come up with a better name for the trait...

NOTE: The death mechanic won't work if the Sim is in a very tight spot: The urn placement will fail resulting in a reset. Also there seems to be a bug with the cowplant death: the Reaper will act like the Sim is resurrected but he'll die anyway.

UPDATE:
I added a death-immune flavor to this mod - with that flavor your sim CANNOT DIE AT ALL. Also it no longer conflicts with any of the grim reaper interactions (Which is why it's smaller). Pick only one!

Need more information?
Back to download view
33 Comments / Replies (Who?)