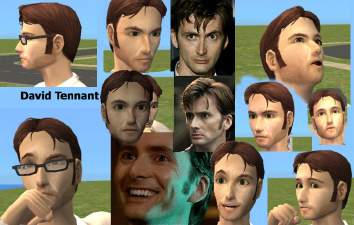 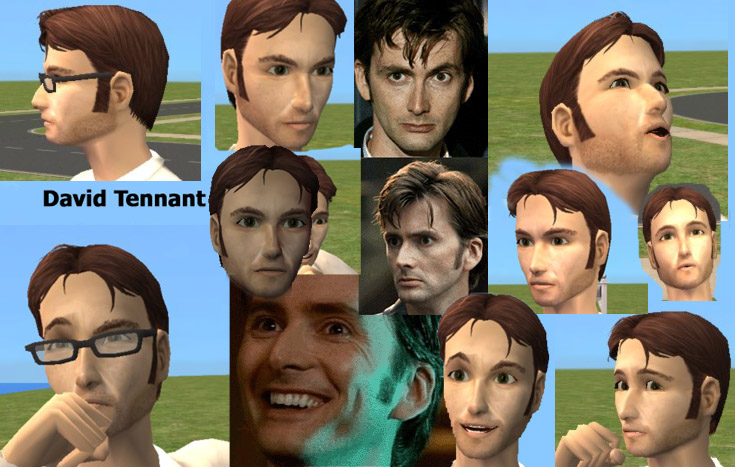 Open thumbnail gallery
298 Thanks  Thanks     23 Favourited

Here's my version of David Tennant, the talented actor who currently plays the Tenth Doctor in Doctor Who. If you're feeling romantic, I suggest pairing him up with Violet Placebo's Erika in her Underworld Set:
http://www.modthesims2.com/showthread.php?t=131123
Also, there are great versions of Rose, Jack, and the Ninth Doctor wandering around MTS2 somewhere... :P

Everything pictured (eyes, eyebrows, skin, etc) is included. He's not wearing glasses, but looks brilliant with the pair of Maxis glasses shown in the picture. :D

I have *not* packaged him in any Doctor clothing, just a general Maxis ;P. However, Rob1003 has a version of the tenth Doctor as well, with an excellent suit, so look him up!
Credits:
Hair: Maxis
Skin Recolor/modification of Oepu's Barbie skin
There is no need for Oepu's original, but it can be found here:
http://www.modthesims2.com/showthread.php?t=146258
Oepu's skins are wonderful!
Eyes: Custom, taken straight from David Tennant's eyes!
Eyebrow: Brown version of my 'Scot's Brows'
Credit for the pictures of David Tennant: BBC

None of this stuff should require anything other than the original Sims 2.