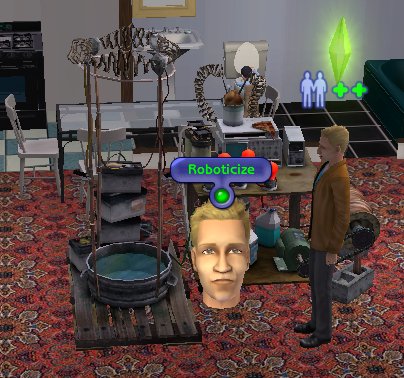 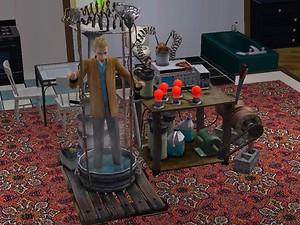 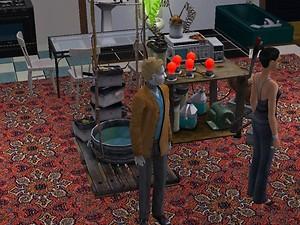 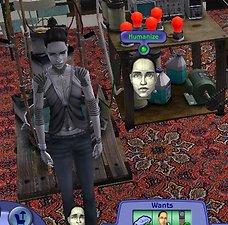 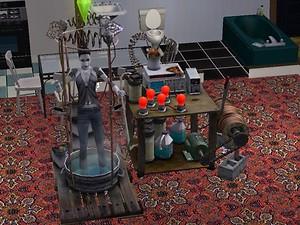 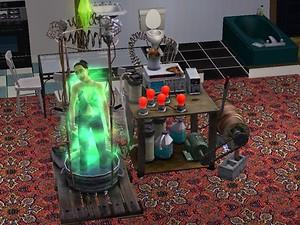 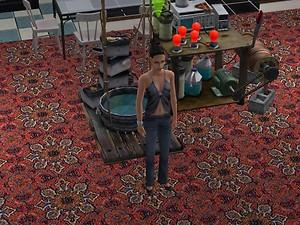 255 Thanks  Thanks     31 Favourited
Update March 17th 2008: Added Alternate version that uses the "MiRobots" skin by DumBblOndE, which must be downloaded separately.

Update: Added Alternate version that uses the "Gold Robot " skin, which must be downloaded separately.
Removed "Roboticizer_globalskinpreserver_inteen.zip" replaced with "Bobcatben_Globalskinpreserver.zip" and inteen version, download one of these if you have problems with zombie skins after using the roboticizer.

Your Sims tired of being organic? wanna spend some time as a robot? this machine will make it happen... The Effects are entirely reversable though..
this machine was hand built by a strangetown mad scientist who was then never heard from again... but his loss is your gain.

No this doesn't turn your Sims into servos... yet(once someone figures out how ill add it though)


Compatibility notes:
Updated: This is now compatible with all 3 ep's, the 3 files are as follows:

TheRoboticizer_NL_And_OFB_Full.zip contains the object, global hack that keeps the robotic skin on the sim when loading the house, and the skintone. should be downloaded if you havnt downloaded the object before.

TheRoboticizer_NL_And_OFB_Upgrade.zip contains only the object and global hack, should be used if you downloaded the object before and just need to update it, as it lacks the skintone.

TheRoboticizer_Altskin.zip this is a alternate version of the roboticizer which uses the "Gold Robot " skin, which must be downloaded separately.

Included in the zip is the Skintone SimDroid V6.0(the robotic skin tone the machine changes the sim to.) By Bink13y

i can make versions that use other robotic skintones if requested.

This does contain a bit of a global mod, it replaces bhav 0x7F01EC29:0x224a(Function - Main - Set Skin) to keep the robot skin on the sim on loading the house.

At one point i had the animations more fine tuned, but when i had it like that it left smoke attached to the Sims feet.. and electrical sparks all over they're body.. so until i figure out how to do it without those happening the animation isn't as convincing(the transformation happens before the spasming around in the machine...)

Once someone figures out exactly what makes a sim a servo i will add the option todo a full servo conversion to the machine.

Enjoy, and please let me know if anything doesn't work.