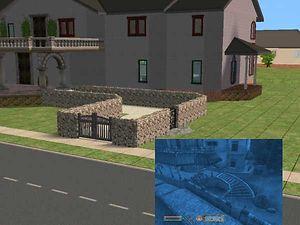 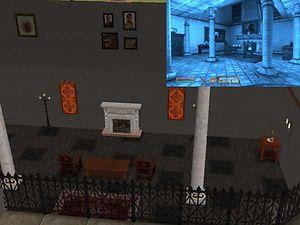 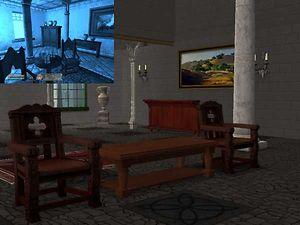 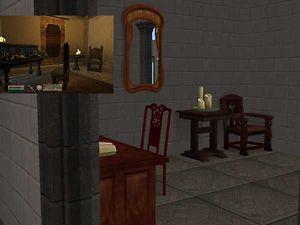 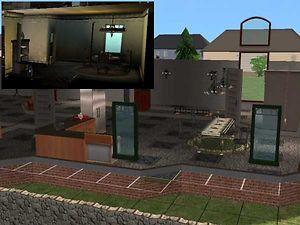 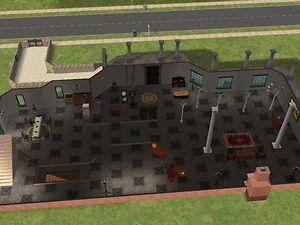 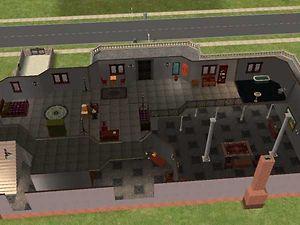 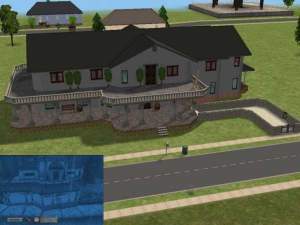 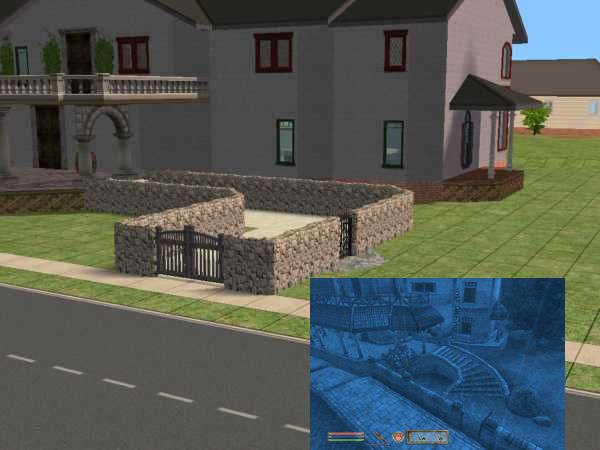 Open thumbnail gallery
69 Thanks  Thanks     7 Favourited
So, I said I'd do it, and in celebration of finally upgrading from original and uni only: I finally did.

This was made with University, Nightlife, OFB, and Pets installed, but I don't think it will require pets. Let me know if I'm wrong... (edit: apparently, it already hasn't worked for one person. Something I didn't understand much about walls in OFB that were rewritten for pets, so the OFB walls are actually Pets walls? So I'm putting up the pets thing to be safe.)

This is Benirus Manor, as seen in the game Oblivion - or as close as I could make a *functional* sim-equivalent without using recolors not included in the game itself. I used a total of 7 custom items, one globle mod, and one new floor. I'm a little disappointed in the bedroom, but you can't have everything.

The screenshots shown feature the rooms in the house, combined with an inlaid view of the original. There are 2-3 bedrooms, 2 bathrooms, and kitchen/dining room, with lots of space for additional objects, art, pet supplies, etc.

Benirus Manor was my favorite of the Oblivion houses. It was once owned by an evil necromancer who'd left a lair in the basement wine cellar. There's a lair in the (much smaller) basement of this house too, but it's of a different sort.

I figured it would be good for those who want to share their lives with various sorts of creatures of the night, but at arm's length.

No driveway is included, but as you can see, I left an extra gate and cobblestone area to connect to a good location for one. Also needs an easel somewhere, since I didn't include a creativity item. Maybe on a porch somewhere...

The price of the original Benirus Manor was fairly cheap (considering it was haunted), but this will be about $124k in-game as it is, and the lot size is 5x3. Ghosts of dead sorcerers not included.


The "Empire" Dining Table, available at:

While you're on that page, click on coordinating walls and floors, and pick up the "Witches Brew" floor tile - it should be the third one on the top row, in grey and black. It has been used frequently on the ground floor.


The Mortar and pestle (last download in list) - feel free to delete the recolors before moving it to the downloads folder, as I only use the mesh.


Lethe's Music Box - again, I only used the mesh:


Lastly, you'll want to grab Numenor's Slot Enable Package, as I used it when creating this lot.


Also, I used the allow45degreeangleofrotation, snapobjectstogrid false, and moveobjects commands in creating this house, so if you move things around - You Might Not Be Able To Put Them Back As They Originally Were.


UPDATE 9/9/08 : Since the Empire Dining Table and Luminere Table Lamp have been taken down from Parsimonious, I am including them in the download. I apologize for posting something I don't own, but they are beautiful objects (as were the sets they belonged to) and should continue to exist.