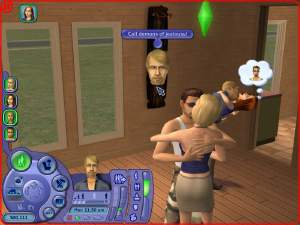 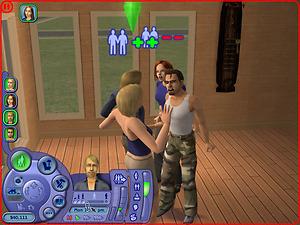 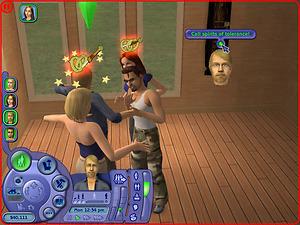 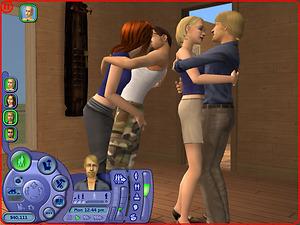 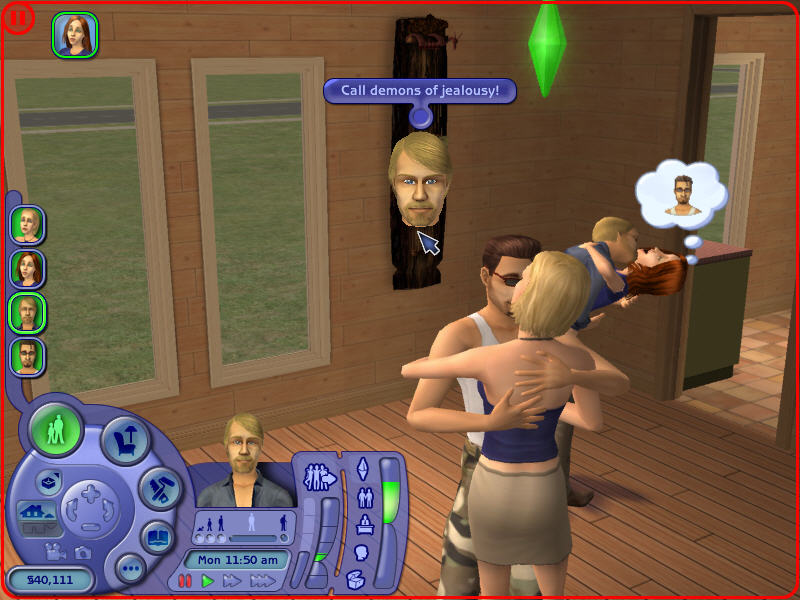 The Magical Keumungo is here! A hacked Object to switch jealousy on and off within the game.
This hacked Object has got its very own sounds! I managed to apply OWN SOUNDS (produced in my recording studio) to the object, which took a lot to make it work.
This is the first hack I 've ever done. It's also my first contribution to the community and I want to say a big Thanks to all of you who made these objects, meshes and recolors... free for everybody. In todays world where capitalism rules life on this planet, I appreciate this very much.
As a professional musician the idea of illustrating the actions of my object with sounds came naturally. It's more "lively" and tickles one's phantasie.


Welcome to the secrets of ancient tibet!
This is the Magic Keumungo, a mysterious instrument, found in a old monastery where it had been kept for ages locked in a hidden chamber. Only special members of the Sim-buddistic brotherhood were allowed to take care of the holy instrument. Those monks - mostly Sim-Lamas - were enjoying the great honor of being a "Guardian of Tolerance". When their time had come they passed the legacy into the hands of another young fellow. This tradition went on from generation to generation...
The Magic Keumungo is more than just a musical instrument. It carries magical powers. The holder of the Keumungo was able to manipulate the behavior of all people staying in the monastery. He could call the spirits of Tolerance to create a peaceful atmosphere. He could also release the demons of jealousy to weaken the vunarable social balance of the community which would bring conflict, terror and doom...


How it works:
The Keumungo works for each household independently. When you switch to "Tolerance" all members of the household will remain in that state until you switch back to (normal) jealous behavior.
Sims who live in other households will not be affected unless they have their own Keumungo. Assuming you have several Keumungos in several houses, members of each household will be jealous or not, according to the state of their Keumungo. If you remove a Keumungo from a household the selected state will continue.
The only problem that I have seen so far appears when you have a visitor. If (1) the behavior is switched to "Tolerance" before the visitor arrives and (2) the visitor is in love with one of the residents and (3) this Sim has at least one other lover amoung the members of the household, it can happen that the Sims show jealous behavior even though the Keumungo has been set to "Tolerance".

What is new in version 1.02 ?
The Magical Keumungo is now fully compatible with all versions of Erics Insimenator up to Insimenator 1.2 EP. That is to say, there are two versions of the Keumungo now: One cooperates with the Insimenator while the other one is a stand-alone version which you should use in case you don't have the Inimenator installed. For more information see the installation-notes inside the RAR-file!
Note: The newer Insimenator-UV-versions are NOT compatible!

Bug-fix:
when you erased the Keumungo from your household while having set the switch to (call the spirits of...) Tolerance and then installed a new Keumungo in the same household, the pie menu in the new Keumungo shows: "Call the spirits of Tolerance" although your Sims are still in the state of Tolerance. This would lead to confusion because in this case the Keumungo v.1.01 worked in the opposite way as intended (when you called tolerance Sims got jealous and vice versa).
To avoid this now, in v.1.02 whenever you install a new Keumungo all Sims on the lot are being reset to (normal) jealousy-behavior.


If you still notice any strange behavior in the game or anything that may be caused by the Magic Keumungo, please let me know. Make a reply to this thread, PM me or send me an e-mail.

DON'T CHANGE THE NAME OF THE "MaKeSound.package"! (the soundfile that comes with the Keumungo in the RAR-archive)
THE OBJECT WILL NOT WORK ANYMORE!

Have fun and let me know what you think of it!

Credits to Inge Jones, Eric, J.Pescado who's objects were very useful in learning about Simantics, as well as to Quaxi - without SimPE this work would have been impossible.