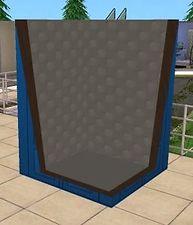 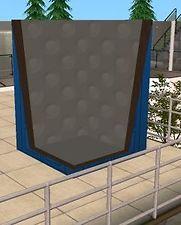 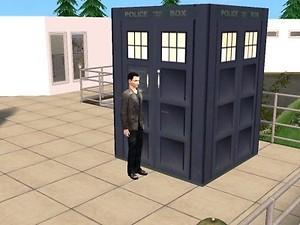 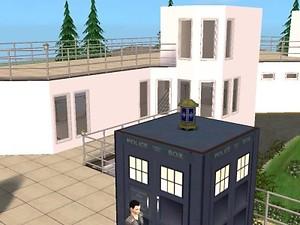 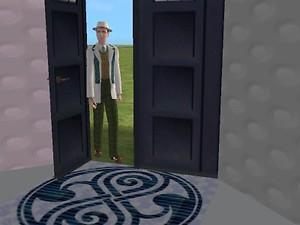 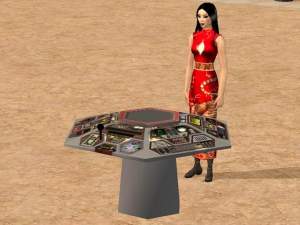 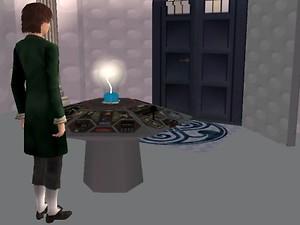 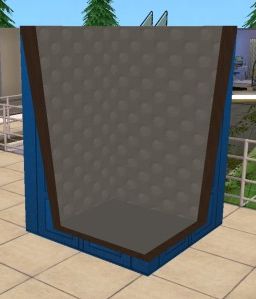 Open thumbnail gallery
140 Thanks  Thanks     22 Favourited
Pictured is the 9th Doctor with the TARDIS wallpaper.


The new zip file TARDIS2_Wallpaper.zip contains 6 different wallpapers. 4 Exterior + 2 of interior Roundels.
Also include is the new tile to make a roof which can be found in Flooring/Poured.

Included in the file RassilonSeal.zip are the pieces to make the ceramic 4x4 Rassilon Seal image (as requested).

Wallpaper will appear in the PANEL section and when assembled creates a TARDIS-like object.

To make the one in the picture I used the following 2 cheats to get the lamp in the center since its normally a table lamp:

* * * Newly Added: TARDIS Console * * *
Thanks to VampCat for this object which is a 1st version prototype.
More of his work can be found here: http://www.variousimmers.net/vsimfo...splay.php?f=102
Posted here by kind permission.

Console redesign created and reproduced with permission by: Rob Semenoff

When 'parked' with this version of the console the central column descends into the base. This design has quite a bit in common with the console introduced half way through the 5th Doctor era which continued through the 7th Doctor era. More technical info and a guide to which button to press can be found here: http://www.interocitor-media.com/tardis/tardis2002/

Because this object started out it's sim life as a table it still has some of those properties and one of the pictures shows the addition of a table-lamp that looks like a big light-bulb. There is a possibility of other objects being custom-built for this position and also some recolours with the more traditional console appearance.

3. Place in Downloads Folder: Cut and paste the .package file(s) into your Downloads folder:
4. CEP Required: The CEP is necessary for this download to work. Make sure that you have the newest version of the CEP installed. Get it here: The Official CEP Download.