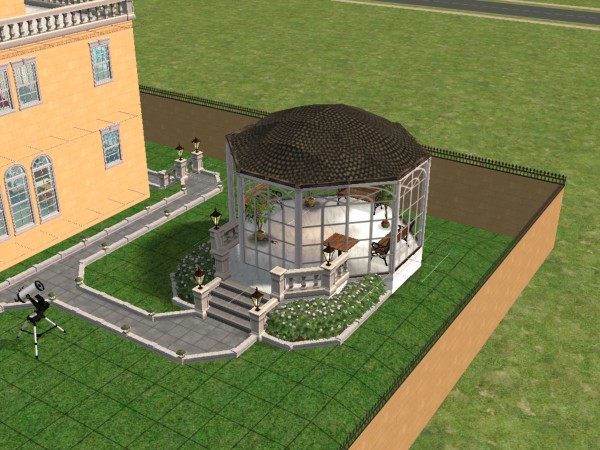 969 Thanks  Thanks     39 Favourited
This is a Maxis Recolour which means that it is a recolour of an item that already exists in your game. Please check the Expansion pack requirements to see which game pack it recolours. 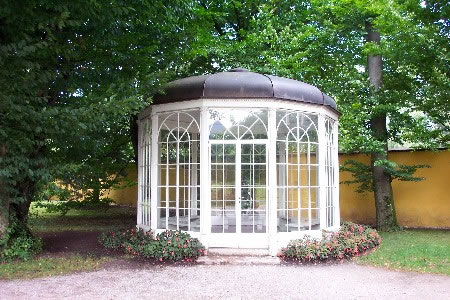 Somebody mentioned Sound Of Music (the movie U know) to me the other day so I looked it up and found some pictures. Among all the pictures of the Von-Trapp family and the house there was a pic of the gazeebo that stands in the garden of Hellbrunn Castle that was used for the movie. So I decided to make it.

Since the gazeebo in the movie was rather large I made eatch side to fit 2 walls and a doubble door. So complete buildt i will take 6x6 squares.

You need to have the "WallWindow" glass set V.2 from Numenor to get them to work. LINK.
They where created for the SEAMLESS SET by Numenor, but can also be used with the standard set, but then you wont get the collumn.

The package contains 5 pieces. 2 for straight wall, 2 for diagonal walls and 1 for the collumn to put in each corner.

So let me know what you think of them.


--- Edit ---
I forgot to say. There are no custom floor tiles for the roof this time. Since the original was plain dark iron or something, I just used some ingame dark floor tiles. But hey. You cane use wathever you want

And. Fell freee to use them where ever you want. Just give the credits to me...