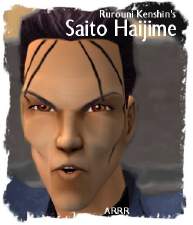 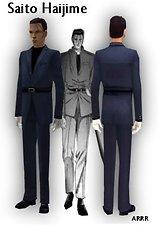 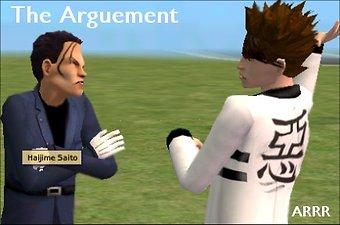 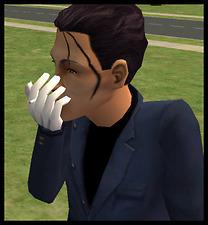 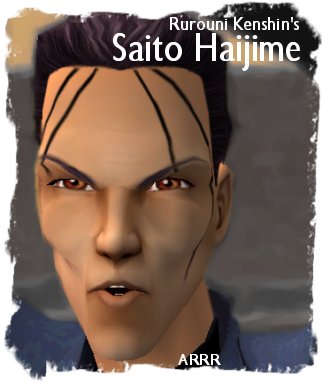 Open thumbnail gallery
51 Thanks  Thanks     7 Favourited
From the dark recesses of a fan girl's mind, comes the infamous Saito Haijime! Yes, all of the fans may now rejoice as your Rurouni Kenshin worlds can now be stalked by the Wolf of Milbru himself. Saito, long standing opponent of Kenshin, and recent irritant to Sanosuke, plays an interesting role between bad guy and good guy during the Kyoto Arc of the anime Rurouni Kenshin. Rarely caught with out a cigarette or his Katana.

Unfortunately... his Sim self has neither...

Herm. This Sim is packaged as a SimPackage. Custom content includes the wolf's eyes, hair recolor, matching eyebrows (to which his bangs/fringe are attached), and police uniform. All custom content on this representation of Saito is created by yours truly!

A problem the creator has noted but can't fix-- Saito's bangs do not quite reach his hair line. It does not bother me all that much in game, but it is there.

Anyway, here's hoping this is a viable character for you RK fans to have wandering about your neighborhoods. I know I love him to pieces! (He is constantly getting into fights with my Pleasure aspiration Sano ^_^) But then, I tend to make him a rather mean character, he fights with a lot of sims as a result...

Yes well, Enjoy kiddies!This creator has plans on a Kaoru next, but a Sano and a Saito are much more fun.

Note: this was created on an Origional Sims 2 outfit, so everyone is able and welcome to use him. However, some have mentioned that he seems to have mistaken himself for being on an Uni mesh... He is not and it should not be an issue, however I will mark Uni and allow you lot to try what you can with him with caution if you do not own this expansion.

Note 2: As downloading has been something of an issue for some very determined RuroKen fans, I'm including a .rar file on its own with just the PEICES of Saito for those who can't download the whole but would like to build him themselves