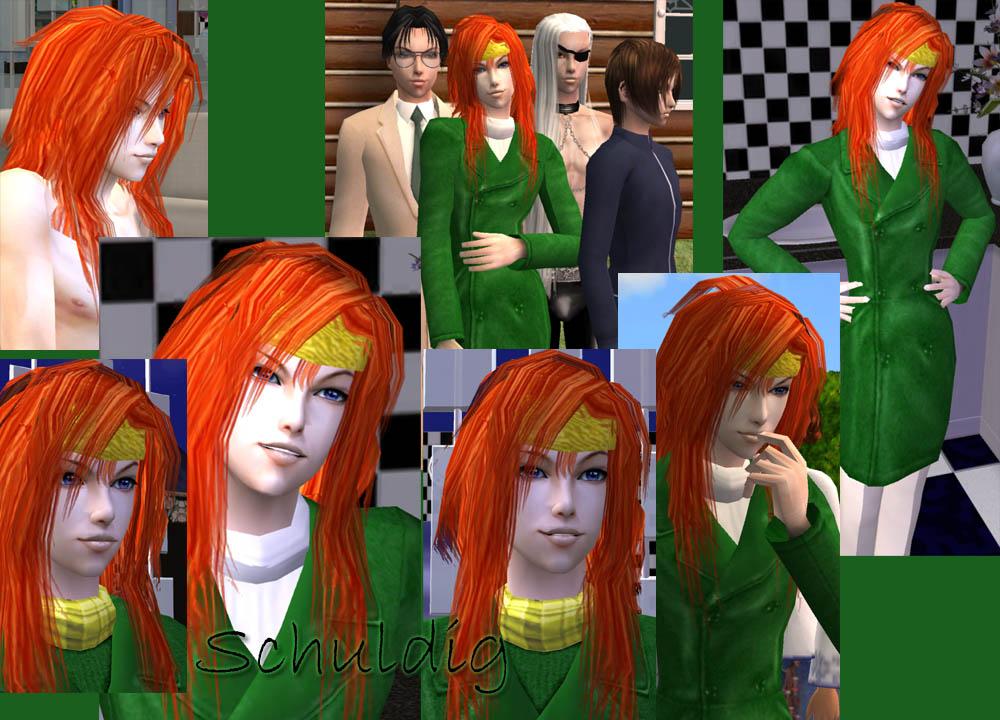 The whole Weiss Kreuz set started with him – first I needed to make him a teammates, to live with, and then a Weiss to play with

For house who is not familiar with the character:

Group: Schwarz
Name: Schuldig (guilty in german; real name un known)
Age: around 22
Codename: Master mind
Nationality: German
Tarot card the represent him: The Tower (for thus who doesn’t know it’s usually viewed as one of the most negative cards in the deck)
Special abilities: Telepathy and un natural speed.
Quote: Because with powers like ours, we could survive anything."

Schuldig is a complicated character, and one of the most believable telepaths I ever seen. He is intelligent, confident (wry much so

) can be quite charming or really nasty, depending on a situation and his goals… Hi isn’t nice, and he isn’t a “suffering from his power” kind of guy – his powers may give him trouble from time to time, but he obviously thinks that the benefits are worse it

Schuldig treats the world as a playground, and a people in it, as his toys and puppets, wit the rear exception.
Outwardly he is one of the most stabile and sane characters… But the fact that he usually works with the most insane person on the teem, and gets along with him very well, his sadistic quirks and some other personality trails shows that it’s the case when a wrapper sooo doesn’t mach the inside…
Credits:
Eyes: by http://www.modthesims2.com/member.php?u=40418 (Enayla)
Skin: Luis (recolor by be)
Cloth: By me
Hair: By me
Accessories: http://www.modthesims2.com/showthread.php?t=154028 (recolor by me)


These recolours may or may not be endorsed by Sshodan.