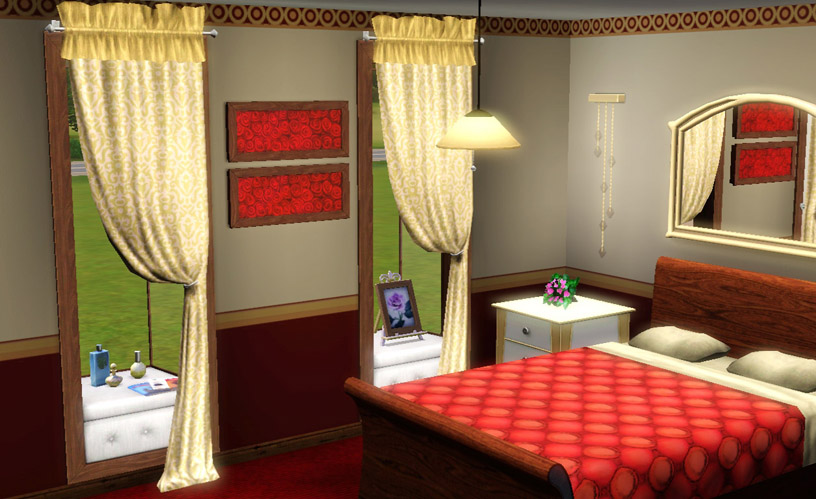 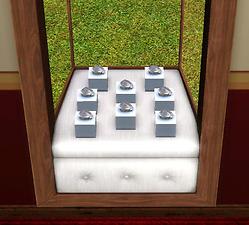 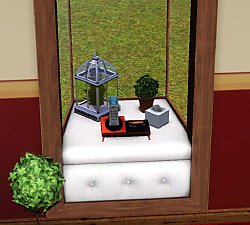 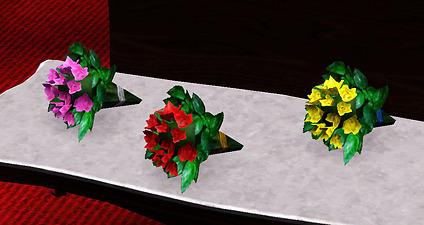 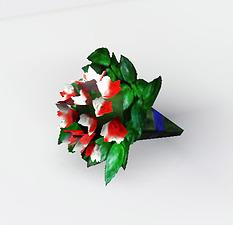 394 Thanks  Thanks     63 Favourited
When Master Suite Stuff (MSS) was released it wasn't long before a number of default and non-default versions of the bay window without the flowers were uploaded. Sadly, none of these versions made the empty window functional, until now! This has been a joint creation between myself and cmomoney, with cmo adding the eight (8) new slots to the window as shown below. Thank you cmo! Whilst functional objects such as phones and music boxes can be placed on the slots, Sims CANNOT interract with them. Instead they will just complain their route is blocked. Stereos however CAN be used.

As this file is a DEFAULT REPLACEMET it will conflict with any other mods you may have that make alterations to the same window. If you are already using an existing mod that alters the Bayside Retreat bay window to remove the flowers, you will need to remove it before being able to use this version with slots.

Now for the...
BONUS

Rather than disgarding the bouquet all together I turned it into a stand alone decorative object now known as the "Buoyant Bouquet". It comes with a custom catalogue description, costs 55 simoleons, has three presets with two recolourable channels (in the picture) and is found under;
Function> Decor> Plants
Living/Dining/Bedroom> Plants

See: Game Help:TS3 CC Basicswiki for a full guide!
Back to download view
17 Comments / Replies (Who?)