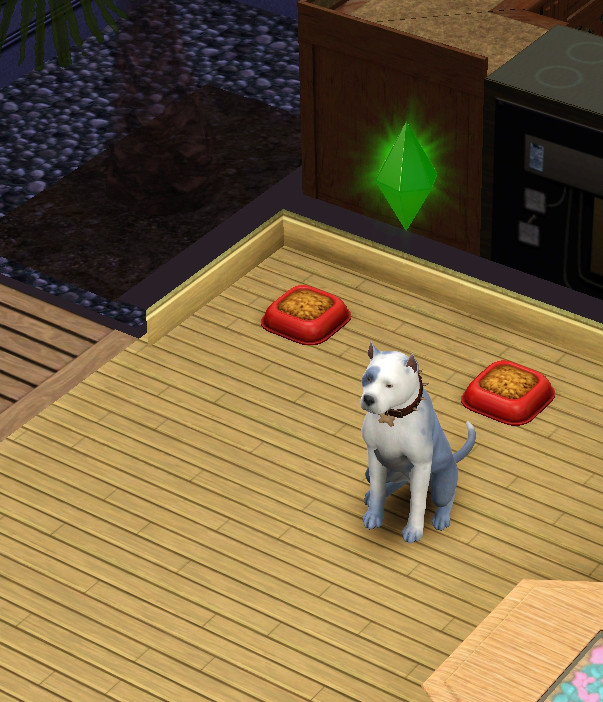 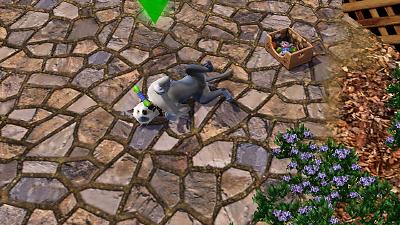 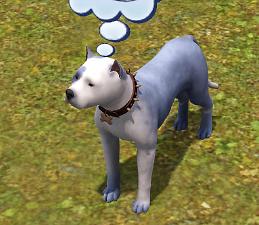 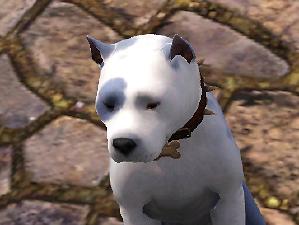 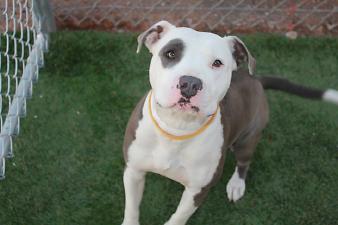 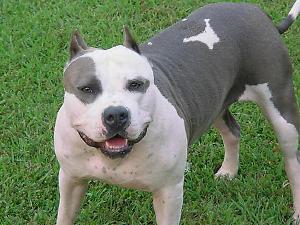 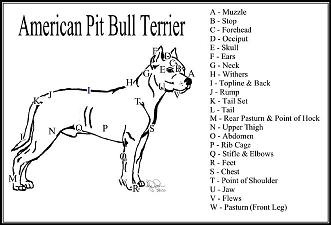 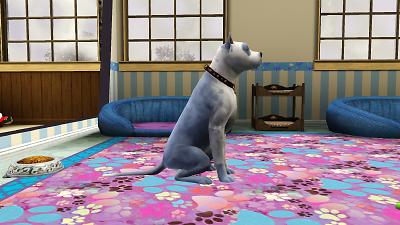 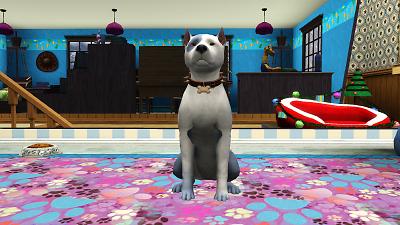 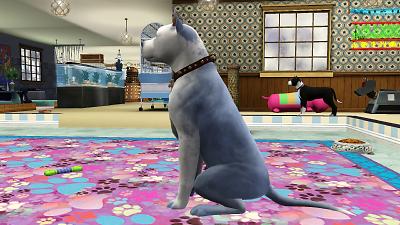 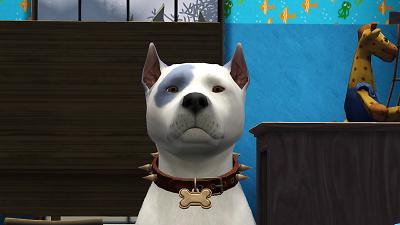 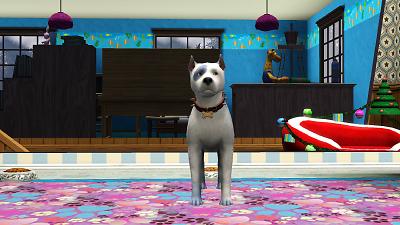 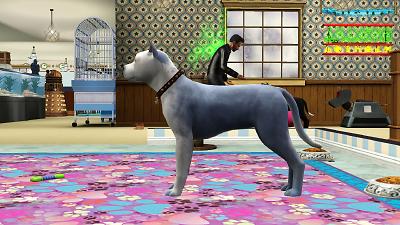 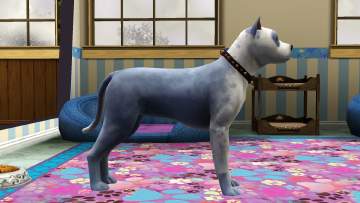 57 Thanks  Thanks     27 Favourited
This is an American Pit Bull Terrier with a white and blue coat. The most controversial dog breeds out there, but this one is very friendly and looking for a new home.

Sometime during the nineteenth century, dog fanciers in England, Ireland and Scotland began to experiment with crosses between Bulldogs and Terriers, looking for a dog that combined the gameness of the terrier with the strength and athleticism of the Bulldog. The result was a dog that embodied all of the virtues attributed to great warriors: strength, indomitable courage, and gentleness with loved ones. Immigrants brought these bull-and-terrier crosses to the United States. The American Pit Bull Terrier’s many talents did not go unnoticed by farmers and ranchers who used their APBTs as catch dogs for semi-wild cattle and hogs, to hunt, to drive livestock, and as family companions. Today, the American Pit Bull Terrier continues to demonstrate its versatility, competing successfully in Obedience, Rally Obedience, Tracking, Agility, Lure Coursing, Dock Jumping and Weight Pulls, as well as Conformation. 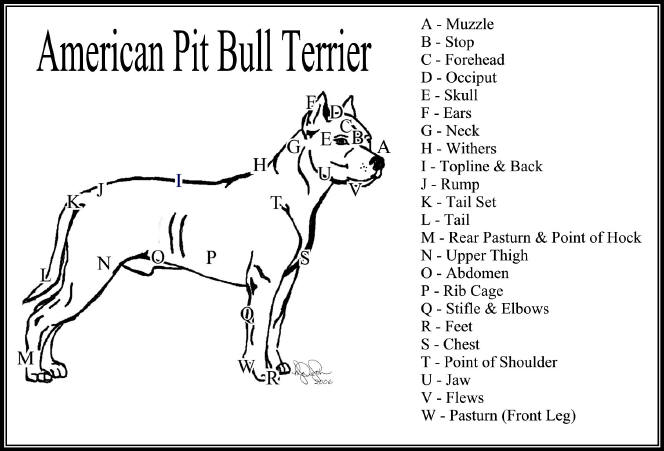 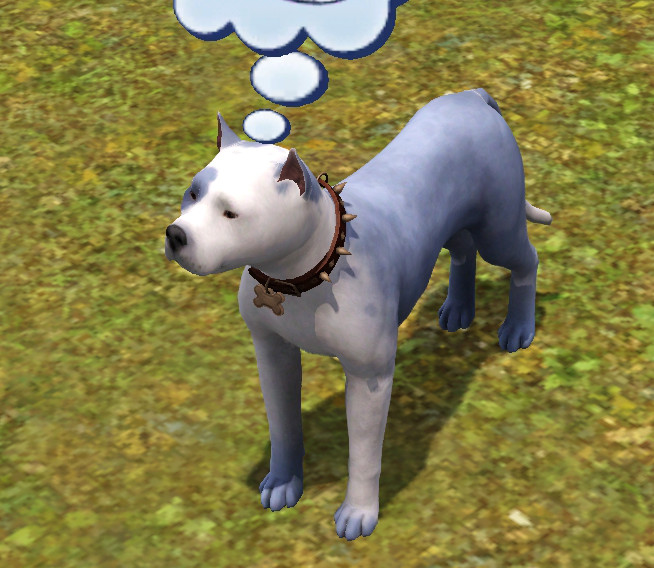 Overall Appearance: The dog must look like an American Pit Bull Terrier from across the ring
He/she should look sturdy and powerful. Giving the impression of strength,
not slight or frail. He/she should appear square with a heavy boned, solid front end and a
light springy back end. He/she should look athletic, not bulky. Musculature should be smooth but
defined. The adult APBT should be a lean, exercised dog showing a slight outline of
ribs and a hint of backbone (without hipbones showing) with muscles firm and defined. They should have a clean, glossy, healthy coat with well groomed nails. The APBT puppy should be a well nourished, happy, healthy puppy. They should look trim, but there should not be any rib, hip, or backbone showing. They should have a glossy coat and well groomed nails.

Balance: There should be equal angulations of front and rear assembly.
Height to weight ratio - the dog needs to look proportioned. Preferably as
tall as he/she is long. The head size in proportion to the body, with a neck long enough to have
the head appear above the top of the back when head is in a normal upright
position.

Presentation: The dog is well socialized , showing positive interest in things around him.
Although some degree of dog aggressiveness is characteristic of the breed,
unruly behavior will make your dog harder to judge and depending on the
degree, may cause you to be passed up for placement.

Health: The dog needs to be happy, healthy, and alert. The coat should be glossy
and smooth, and the eyes should be sharp and clean.
Colors or color patterns known to be genetically linked to health problems
will be considered a serious fault. Albinos that are white with pink eyes and
lack pigmentation on their pads, rims of eyes, nose, etc. are considered to be
a disqualification.

Back end: The loin should be broad and long enough to square the dog. The hip should be long and sloping. (Ideally 30 degrees to the ground.) In the back leg the femur should be correct in length so that the stifle joint is proportioned correctly with the rear assembly. The tibia-fibula is the longer bone of the rear assembly that connects the stifle joint to the hock. This needs to be correct in length and angulation, so that the hock does not appear to stick out to far.
The length of the metatarsal is moderate, with muscles that attach equally on each side of the bone so that the hocks move parallel to each other. The hocks should not turn in or out. The metatarsals bones, hock and lower part of the tibia will be light, fine and springy.


Rear angulation: - ratio between the lengths of the bones and the muscles which attach on these bones, causes a bent stifle which leads to a well bent hock. This contributes to the natural springiness that is desired in the rear assembly. The muscle attachment is long and deep, well past the joint , which causes the muscles to appear smooth, but defined.
Faults: short or flat hip, straight stifle, double jointed or slipped hock, cow hocked.

Front end: The Ribcage is deep with a prominent breastbone or prosternum. From the
side, the bottom of the ribcage should be even with the elbow joint. The top of the rib cage should be wider, tapering to the bottom, extending well back into the loin. The shoulders are wider than the ribcage at the 8th rib. The scapula is well laid back with a 45 degree or less angle to the ground. It is broad and flat allowing for adequate muscular attachment for a heavy and sturdy front end. The humerus is angled at an opposite 45 degree angle and is long enough that the elbow comes to the bottom of the ribcage. The elbows should not turn in or out. Forearms are slightly longer than the humerus and solid, twice the thickness of the metatarsal at the hock. The feet need to be small and tight, set high on pasterns with the pads thick, and well built up. Dew claws are natural on front feet, but should not occur on back legs.
Faults: barrel chest, narrow chest, fine bones, out or in at elbows, down in
pasterns, splay feet, thin pads, back dew claws.

Neck needs to be heavily muscled to the base of the skull and long in length. Tapering from the shoulder to the head. Proportionate to the dog.

Head: The head size needs to be balanced in relationship to the rest of the body, 2/3 the width of the shoulders. It should appear wedge shaped when viewed from the top or side, round when viewed from the front. The cheeks are 25% wider than the neck at the base of the skull. The skull should be slightly rounded and the widest part of the skull should be between the eye and ear.

Muzzle: should be straight and box like slightly wedged to the nose. The length from the nose to the stop should be the same length from the stop to the back of the head. The bridge of the muzzle is well developed. Under the eyes should be wider than the head at the base of the ears.

Stop: The stop should be deep making a crevasse leading to the occiput across the forehead.

Occiput: The muscle between the ears should be a V Shape leading down to the back of the neck.

Ears: Cropped or uncropped, free of wrinkles and set high on the head. *A young pup will not be faulted for taped ears when being shown but it will effect whether the ears can be seen or not.

Teeth: should meet in a straight scissor bite. The canines need to be wide at the base and taper to the end with the top canines fitting tightly behind the bottom canines. The eyes will be small and deep set. Elliptical when viewed from the front and appear triangular when viewed from the side. There are no faults on the ears, but a bat or radar ear is not preferred.
Faults: short neck, cheeky, underdeveloped muzzle, or overshot or undershot to the extent that the canines do not fit properly together.

Jaws: Well pronounced, muscular and the widest point of the head.

Body: The skin should be thicker and loose around neck and chest, and tight fitting elsewhere, showing vertical folds around the neck and chest even in a well-exercised animal. The loose skin and folds should not be excessive.

Rump: Broad hips with muscular tone and slight arch from topline to tail.

Tail: thick at the base which should fit the shape of the slope from topline to tail, apering to the point. The point of the tail should meet the hocks. It needs to hang down like a pump handle when relaxed. Medium in length as compared to the rest of the body. Fault: Held over the back. A tail set high in the back is undesirable.

Rear Pasturn and Point of Hock: Rear Stifle should be perpendicular to the ground in stacked position and approximately at a 45 degree angle from the back of the leg to the stifle over the hock.

Upper Thigh: Muscular and long in compared to the rear pasturn.

Abdomen: Showing definition and slight tuck above the rib cage.

Stifle & Elbows: The stifle should be perpendicular to the ground in stacked position. Elbows lined up directly under the shoulder. No turning in or out from the rib cage.

Front Pasturn: High on pasturn and joints should show strength from feet to stifle.

Feet: The feet should be proportionate to the legs. Toes medium in length and close together.

Point of Shoulder: Wide, sloping toward the elbow and muscular.

Coat: needs to be short and bristled with a glossy shine showing over the entire body.

Color: any combination of colors is acceptable, except for albinism where the dog is white with pink eyes and lacks pigmentation around the eyes, nose, or on the pads of their feet.
Major faults: Albinism. (White dog, blue or pink eyes, lacks pigment)
Faults: Longer coat, fringed hair on tail or elsewhere, bobbed tail or any tail
other than straight, unless medical problem.

If you need more info, see Game Help:Installing TS3 Simswiki for a full, detailed step-by-step guide!
Back to download view
12 Comments / Replies (Who?)