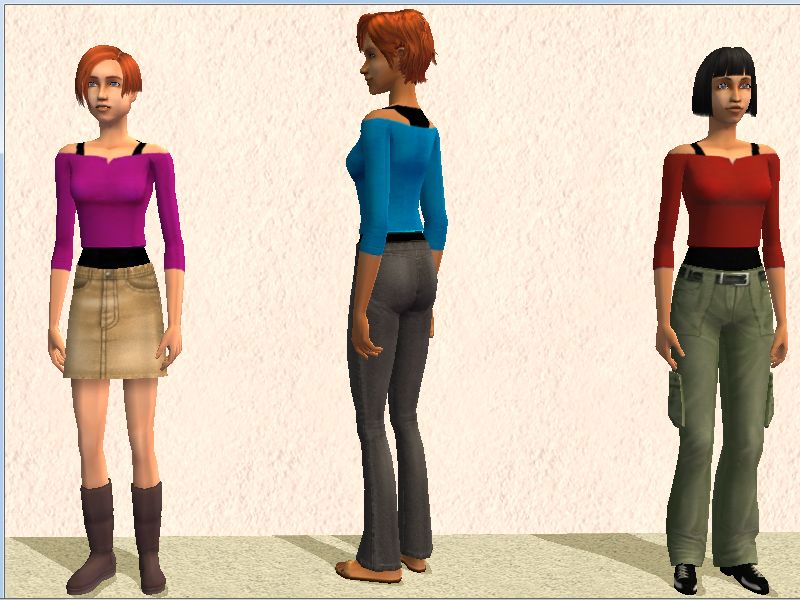 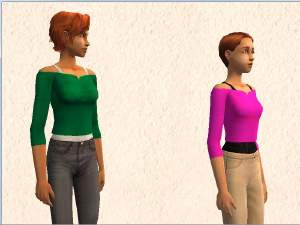 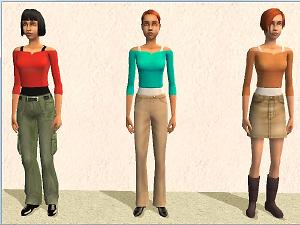 51 Thanks  Thanks     6 Favourited
This is a Maxis Recolour which means that it is a recolour of an item that already exists in your game. Please check the Expansion pack requirements to see which game pack it recolours.
While I was trying to figure out how to do teen versions of the red, green, and orange adult-only recolors in this set , I managed to make a few recolors that I liked enough to use in my game, so I finally decided to go ahead and share them.

They use the base game halter-top meshes for teen and adult females. They use the waist ridge in the Maxis halter meshes to provide an extra 3D effect, but will work with the teen and adult halter meshes in HP's BG Female Modesty set or with CatOfEvilGenius's untuckable AF mesh, though that extra effect will be absent. The sortindexes have been tweaked so that they should group with the recolors in my custom version of Aquilegia's original default.

There are three rar files. The first has five adult recolors; the second has teen versions of those recolors. Click the spoiler button to see them. The third has teen versions of the red, green, and orange recolors from Aquilegia's original default for aftophalter. They were not included in the original because Maxis made 8 AF halters for the base game, but only 5 TF halters. Click the spoiler button to see them. Here's a composite of some close-in views of the tops.

Left and right are teens on the Maxis mesh, center is an adult on Cat's untuckable AF mesh.