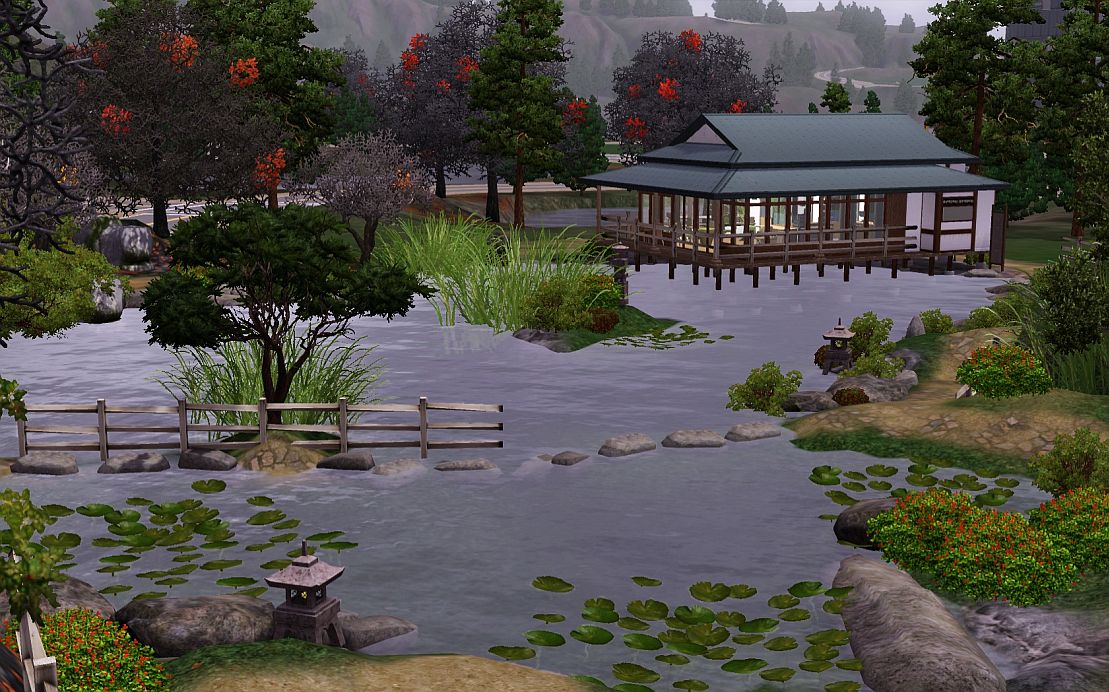 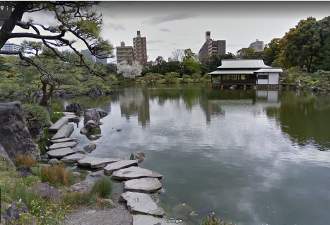 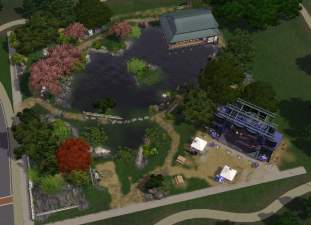 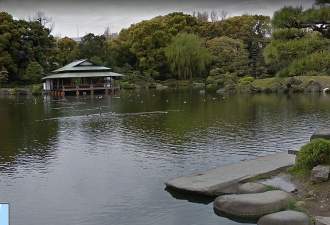 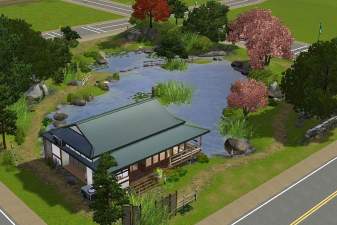 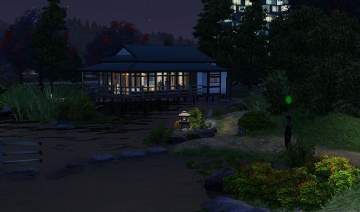 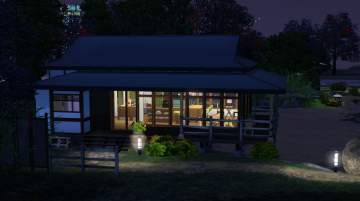 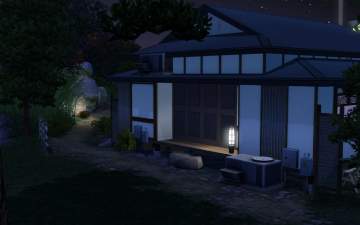 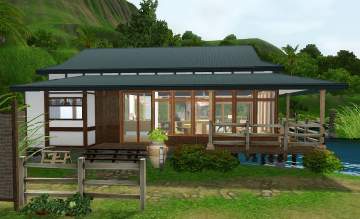 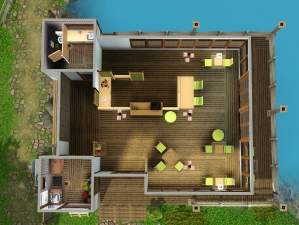 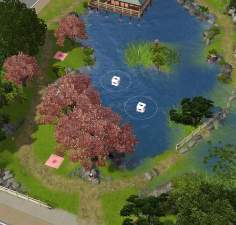 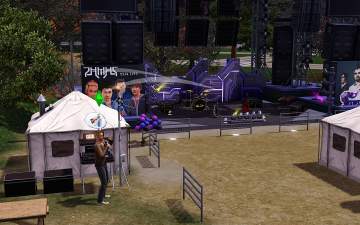 52 Thanks  Thanks     12 Favourited
I've built a traditional Japanese garden as a Big Park for my savegame and since I haven't found something like this in the Community lots section on MTS, I decided to upload as well. This Big Park is inspired by real-life Kiyosumi Garden, Tokyo, its present form constructed in the late 19th century, the tea pavilion was added in 1909.

For my savegame I wanted something partly very traditional, but on the other hand partly very contemporary, so while the garden and the teahouse exterior are faithful to the Meiji era look, I added an outdoor concert stage to the park, and furnished the teahouse as a modern public cafe. Instead of the usual bridge, I decorated the pond with a stepping stone pathway across the water and along the shore. The suggested front of the lot is the stage area, but the visitors will rush into the teahouse regardless (because it's the only building with doors).

The teahouse interior, which now has the UL EP coffee bar, is small enough to be refurnished quickly if you would like some other kind of establishment inside. The park also offers musical instruments (on stage), mobile radio station (UL EP, by the stage), chess and domino tables (in the cafe), martial arts board breaker (WA), and 2 hidden buydebug picnic blankets under the cherry trees. I also used buydebug WA erected tents as concert staff tents by the stage, sims can use them to sleep. About spawners: I placed only 2 fish spawners. Be careful because spawners duplicate each time you rotate the lot, so after you saved its final position on the map, open the lot in Build mode, type in the "testingcheatsenabled true" and the "buydebug on" cheat, and delete all the unnecessary fish spawners. I attached a pic which shows the original (and routable!) placement.
I haven't used any other kind of spawners; instead of seeds, I planted base game WA and UL plants along the paths.

No CC used on the lot, but there is a Store object: Tranquil Trickle Fountain because I needed a stone basin for the traditional tea garden, for the ritual handwash - if you don't have it, the game will replace it with a basegame object (and you might already have a better-looking CC instead, anyway).

To look exactly like on the pics, you need: (mostly) World Adventures, Late Night, Showtime, University Life, (and to lesser extent) Seasons, Ambitions, Generations and Island Paradise (the roof color is from IP I think) AND one piece of Store item (see link above).

Additional Credits:
- to simsample for sharing the hidden picnic blankets and the permanent WA tents (and many other hidden in-game objects) here on MTS;
- the Google street view pics are all shot by me.

If you need more info, see Game Help:Installing TS3 Packswiki for a full, detailed step-by-step guide!
Back to download view
9 Comments / Replies (Who?)