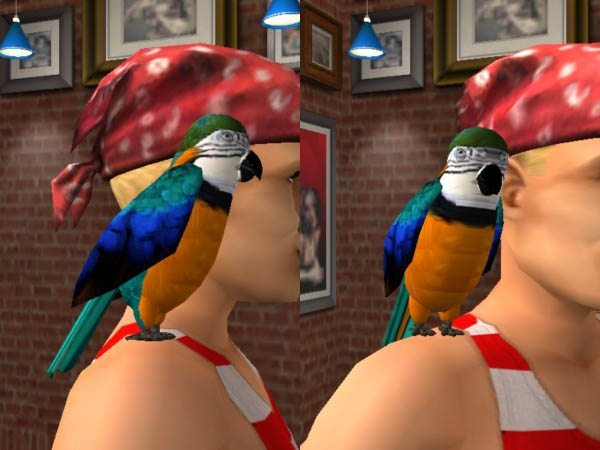 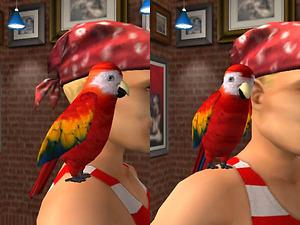 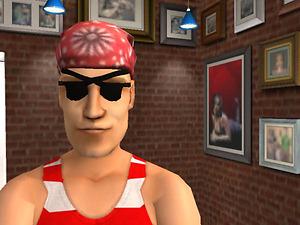 318 Thanks  Thanks     11 Favourited
This is a new mesh, and means that it's a brand new self contained object that usually does not require a specific Expansion pack (although this is possible depending on the type). It may have Recolours hosted on MTS - check below the description for more information.
Because Rodolfo asked me too, and because it did look like the parrot could go on the right shoulder in the image I uploaded, I put it over there. And because SynapticSim suggested it (actually he just asked about it, but I figured it couldn't hurt) you can wear it with the other parrot, and any other accessories.

Speaking of Syn, he made me these really wonderful photorealistic textures for my parrots, and he said I could upload them for all of y'all! I really like the colors and feathers. I considered doing something like that when I first started the parrots, but I quickly balked. But now you can have the realistic looked birds or my cartoony versions. I've really been looking into photorealistic skins lately, not because I want to use them, more just to go, "Dang..." It's really cool that people can do that, but I think it would freak me out to see such real looking people running around on my monitor. Then again I do tend to favor comic book characters over real actors and whatnot. But I love Syn's parrots. So be sure to give him shout-out too!

I also included another right eyepatch. It doesn't look any different, but you can wear it with the left eyepatch if you want. It uses the same mesh, so no need to download another one. I just thought it'd be funny. Who is it that has the animated avatar with the character from Full Metal Alchemist or whatever that makes a joke about two eyepatches?

You need the MESH and at least one of the colors for the parrot to show up. All content is by Maxis, me, or SynapticSim. Recolor at will, and no paysites.

Check out the original parrot, and get the MESH for the eyepatch (required), here: http://www.modthesims2.com/showthread.php?t=109951

Someone said something in the other thread about a crow. I didn't think they meant with this mesh, because that'd be a kinda funny looking crow, but I'll put it on my list.

I'm growing rather fond of that pirate model I keep using. Nothing spectacular about him or anything, he's just so reliable