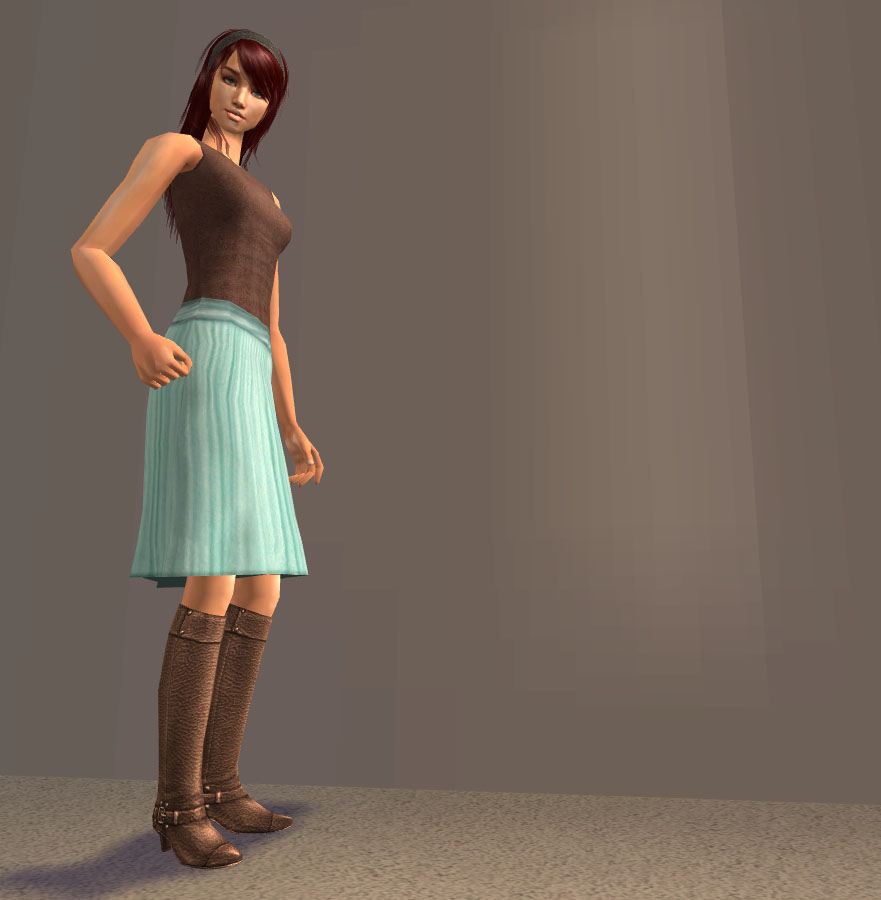 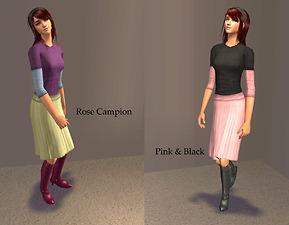 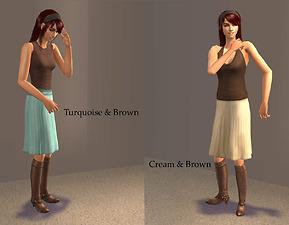 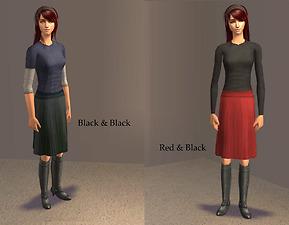 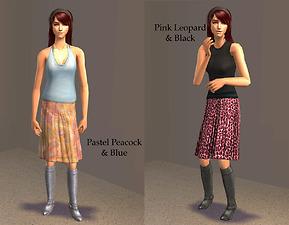 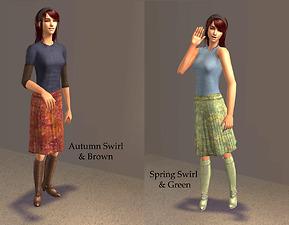 2,843 Thanks  Thanks     209 Favourited
This is a new mesh, and means that it's a brand new self contained object that usually does not require a specific Expansion pack (although this is possible depending on the type). It may have Recolours hosted on MTS - check below the description for more information.

I was looking through the clothes in the H&M stuff and saw a horrible outfit which basically looks like a sack with some elastic and buttons but that somehow had ended up with the cutest set of boots. I just had to rescue those adorable boots from that awful outfit, so I decided a fun little skirt would be just the thing.

The Mesh: This is a bottom only mesh, so it only works as Everyday/Casual clothing. It has a fat morph and bump maps. The skirt has a nice length, ending just above the knee with a very pretty rippled shape, and is paired with some seriously cute heeled boots.

The Recolours: I've made a set of 10 recolours - six solids and four prints. I've rarred the two sets separately in case you just want one set, or you can grab both. They're set up to work for adults and young adults.

Make sure to grab the mesh and at least one of the recolours for this to work in your game.

As always, everything is clearly labeled so you can remove anything you don't want.

Due to the way the top of the skirt had to be constructed, it may tend to be a little more stiff kind of toward the belly and hips than other meshes - not really too bad, just a bit. When recolouring in Body Shop textures may appear distorted - hit F6 to pop the arms up and you'll see they're not... it just tends to stretch a bit between the legs but not really any more so than other similarly-constructed meshes in-game.

Thanks to Wes_h for the Unimesh plugin and all his other wonderful plugins that make meshing an absolute dream now. Thanks to Quaxi and everyone else who has contributed to the development of SimPE. Thanks to Tiggerypum for everything she has taught me about meshing. Thanks also to Nouk for input and moral support and corruption. And as always, a huge thanks to the rest of the MTS2 staff, especially Delphy, for giving me such a cool place to learn how to make pretty things for pixel dollies.

The model is my sim Olivia's facial sculpt with a serious makeover to make her into a sim I call Rose in my game now... using Glance skin, some freckles by Alkaloid, lipstick and liner by Bruno, eyes by Barcelonista, brows by Helaene, and hair by XM Sims.

The shirts pictured are not included - but they're also by me. You can get 'em under my profile - Fanseefem stuffs ftw!

There are 3 recolours of this mesh on MTS:


These recolours may or may not be endorsed by HystericalParoxysm.