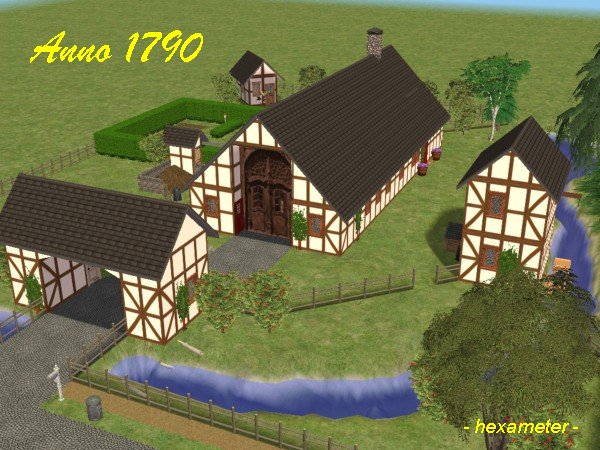 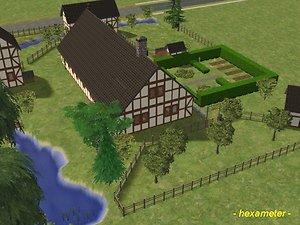 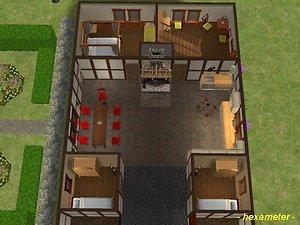 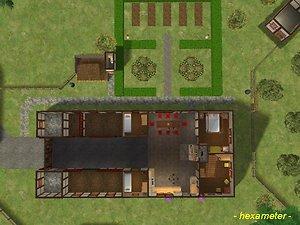 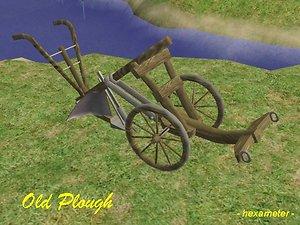 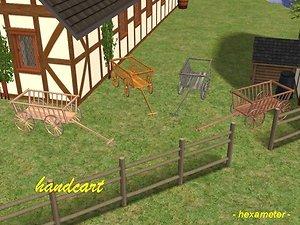 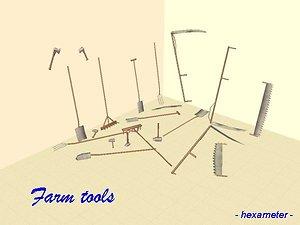 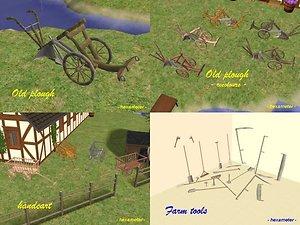 Picked Upload! This is a picked upload! It showcases some of the best talent and creativity available on MTS and in the community.
Here is my contribution to the farm themed uploads. I'm no lot builder and I did my very best on this one! After some adventures of analysing custom content and preparing link lists I decided to use only custom content made by myself.

Since three years I use a similar lot in my game and that one was available on pc-sims.com for some weeks until that site closed. Now I decided to share it here as it fits to the theme and I was asked to share it again in the net. Though it was necessary to rebuild it in order to avoid problems with the ground colours during installation.


Some remarks that may be interesting for people outside of Europe:

The building shows a large farm in the style of the days more than two hundred years ago.
Farms in that kind were the home of the representatives of aristocrats who had to collect the taxes for them in several smaller farms in their surroundings. It's a traditional half-timbered style of buildings from Northern Germany. Usually there were several buildings in the area for different purposes in order to produce all the products people needed for their living. Animals and human lived under one roof. The male farmhand had his room near the horses, the female farmhand lived in the room next to the cows. So it's obvious what kind of duties they had. The farmer and his family shared the few other rooms. The large front gate was needed to be able to go in with a wagon to store the harvest in the upper floor.

The Sims2-building:
In general I tried to decorate the building in the manor of that time as far it was possible to do with the objects of the game. The building is playable as a residental lot because all the sims need is available, though it isn't much comfortable and some modern objects are not used. (Be careful in case of fire!!). The lot size is 4x6 (40x60) and it costs 103 170 §! 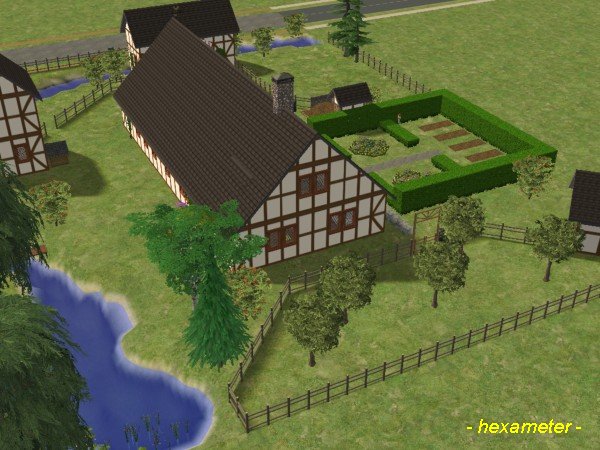 You must have the Bon Voyage expansion pack to use the lot. Your sims can work as farmers and grow vegetables and catch fish in the lake on the lot. Cows, pigs, horses and other animals are available for free here on MTS2. This way your sims won't die of hunger at all! If you want to use a driveable vehicle you can put an invisible drive way and also an extension in the farm entry. It will fit there and you don't need to change the ground tiles.

I also share different farm tools (25 single pieces), an old plough and a handcart. So you already have a basic equipment of passed days for this lot. Have a look on the pictures for what you can get. 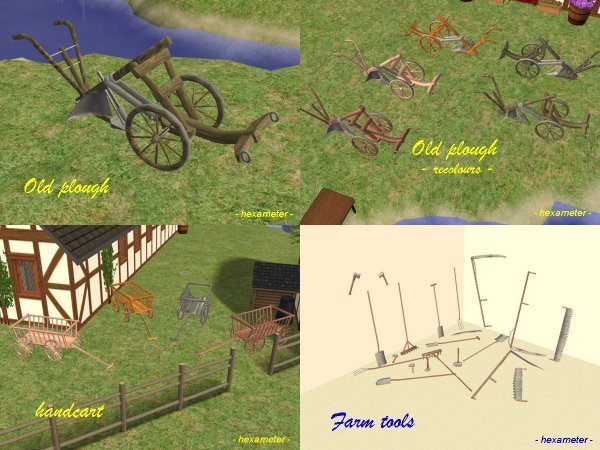 
You can use this lot as residental lot or you change it to a community lot to use it as an open-air museum. Don't forget to add a restaurant in this case.

Enjoy this building in your game!
hexameter