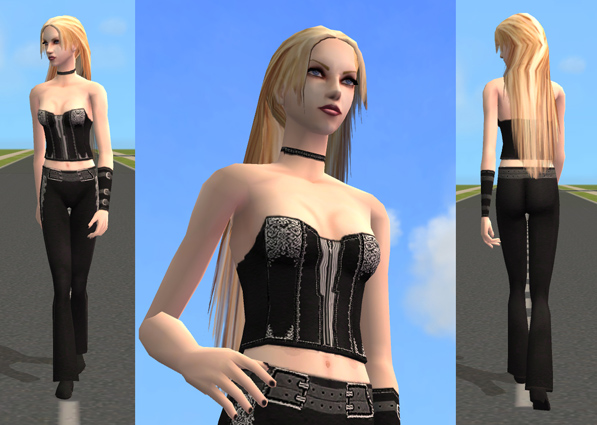 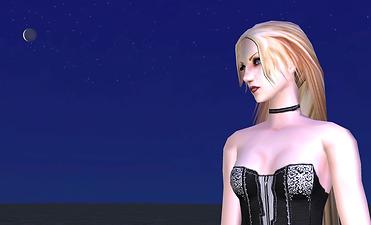 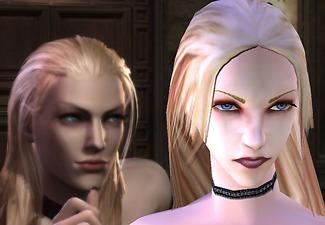 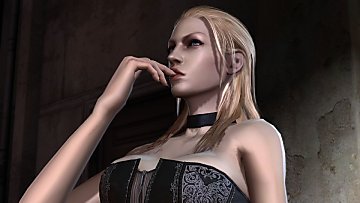 Picked Upload! This is a picked upload! It showcases some of the best talent and creativity available on MTS and in the community.
Hello everyone, it's been WAY too long!!

And to all the friends I've made back then who are still hanging around, I hope you have been well for the duration of my absence.


I am taking a short break from work and school, and I thought maybe I’ll do one or two characters for Sims 2 again. While browsing at all the wonderful work people have made, I asked myself: “What the heck happened to all the Devil May Cry love?!” especially when DMC4 was just released. So allow me to present to you, the one and only Devilish Bombshell – Trish


Trish was created by “The King of Hell” Mundus, to take out Dante during his adventure of Devil May Cry 1. And she was created in Dante’s mother (Eva)’s image for obvious reasons.

Initially introduced as Dante’s client, Trish betrayed him at a critical moment. However, regardless Dante saved her life when she was in danger.

Later on Trish confronted Mundus and refused to take Dante’s life, that’s when she was struck down by Mundus. Though she was thought to be dead due to the story sequence, somehow she regained consciousness and took out Mundus in a coalition with Dante.

Her appearance in DMC2 is kind of a mystery; I personally believe her roll in that game is to take over The Legendary Dark Knight.


The next time she appears in any DMC is the recently released Devil May Cry 4, I’m not going to get in to the details, I guess she is kind of a critical character. Still I can’t help but think Dante and Trish are the comedy relieve of that game.

Speaking of DMC4, can anyone say MGS2?


Anyways, let’s get to the technical stuff. After careful consideration, I decided to use minimal custom meshes. During my absence, many people have PMed or posted in my threads regards to dead links to custom mesh (es).

I’d like to take this chance and apologise to anyone who have encountered such issues, however after my old computer’s HD burned out, I’ve pretty much lost everything, and it’s virtually impossible for me to hunt down every last piece of those custom meshes, plus I’m sure they went offline for a reason in the first place.

I’ve only used a single custom mesh on Trish, and it’s the legendary “Long Hair for Female Final Version” by mimewhite. If you still don’t have it by now, go get it for god sakes.

I know there are some UV problems on her chest, but for some reason SimPE is not working properly on my computer, maybe it’s Vista, who knows. Also, I do know that she’s suppose to wear high heeled boots, but again I really want to avoid as much custom mesh and any expansions as I can. Those things are just elements of complexity.


Well, I guess that’s about it for now. Just to clarify things, I will NOT be taking requests anymore. I just can’t afford to make any commitments right now, but I do appreciate all the support you are giving me, it’s my greatest motivation.

Thanks again for checking out my stuff, hope everyone likes Trish. And see you again.


These recolours may or may not be endorsed by thunderbreak.