UPDATED - Private School Uniform for Males from Child to Adult 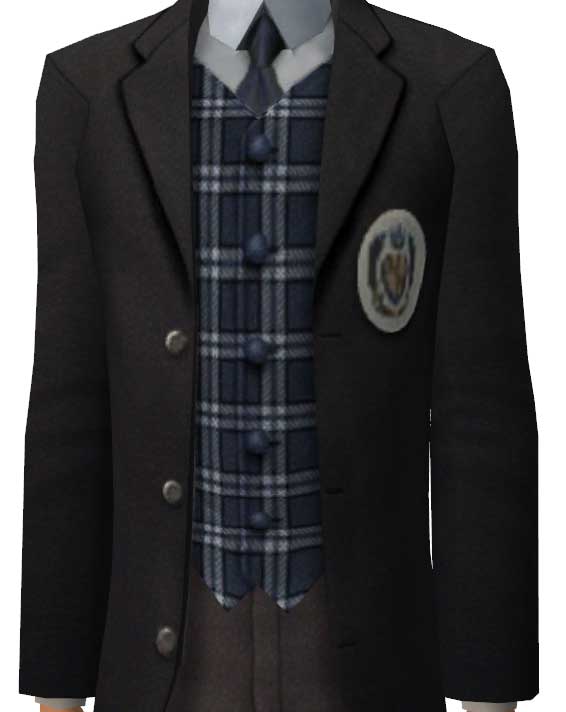 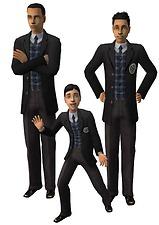 611 Thanks  Thanks     62 Favourited
This is a Maxis Recolour which means that it is a recolour of an item that already exists in your game. Please check the Expansion pack requirements to see which game pack it recolours.

Picked Upload! This is a picked upload! It showcases some of the best talent and creativity available on MTS and in the community.
These are the private school uniform for boys which are hidden by default. The child and teen versions are unlocked, and I also have 'converted' it to adult, I'll tell you the details below. 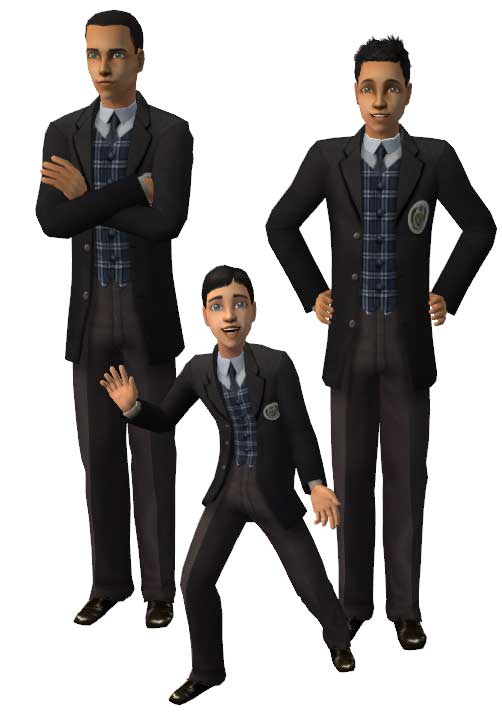 In the Adult/YA version, I made a new package and specifically linked it to the adult version of the mesh that actually already exists in the game, and I also made it so it pulls the texture from the teen version to avoid redundant texture. (Nobody likes duplicates :P)


They will have the CC star, but DO NOT delete them as you will corrupt your game files by doing so. This also applies to the Adult/YA version, you can not delete them either.

Thanks to Phaenoh for reminding me about removing the CC star. I have no idea how I could forget about altering the PSET considering I've done that before in my Custom outfits from sewing machine mod

Anyway I've edited them. Short version : I've fixed them. You may want to redownload. There's a downside though, it will appear in the base game section so you'll need to scroll all the way to the back to find them.

Long version : The teen/child CC star could be removed easily but I ran into a little problem for the YA/Adult version. Since technically it's a base game outfit, if I change the PSET to flag it as a base game outfit, it wouldn't show up for YA, since YA was not introduced until Uni. So I altered it a bit to make it appear correctly for both Adult and young adult. They'll also still appear in the base game section, no CC star, no Uni icon.

And oh, although they don't have the CC star, the delete button is NOT disabled, so be careful

I left the old versions in, just in case somebody like it better (no scrolling far to the back