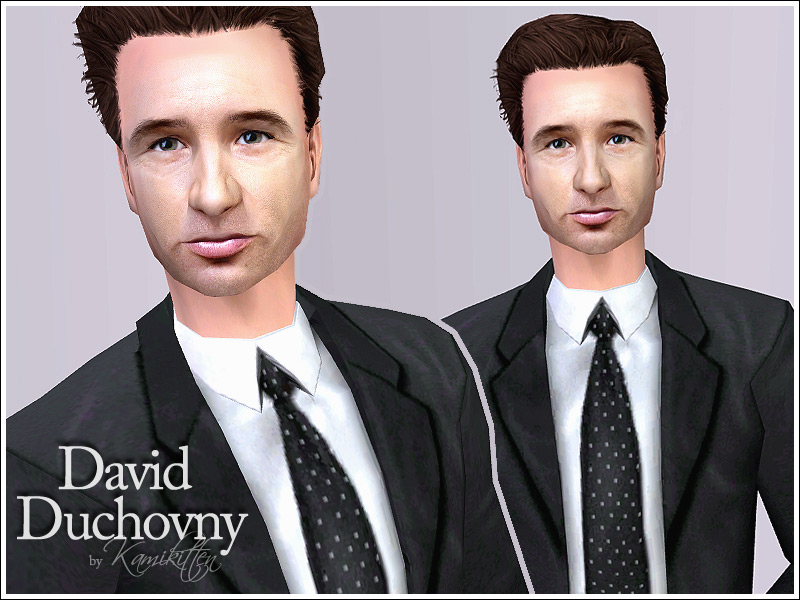 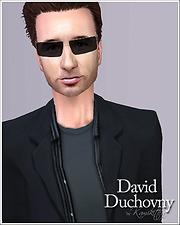 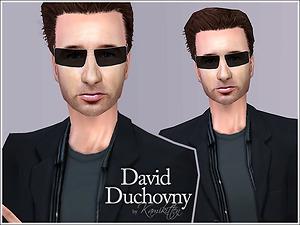 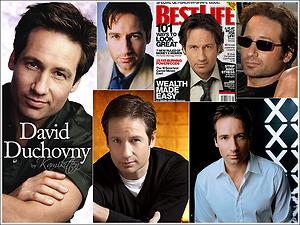 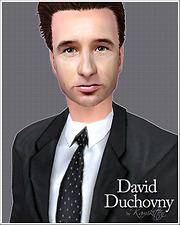 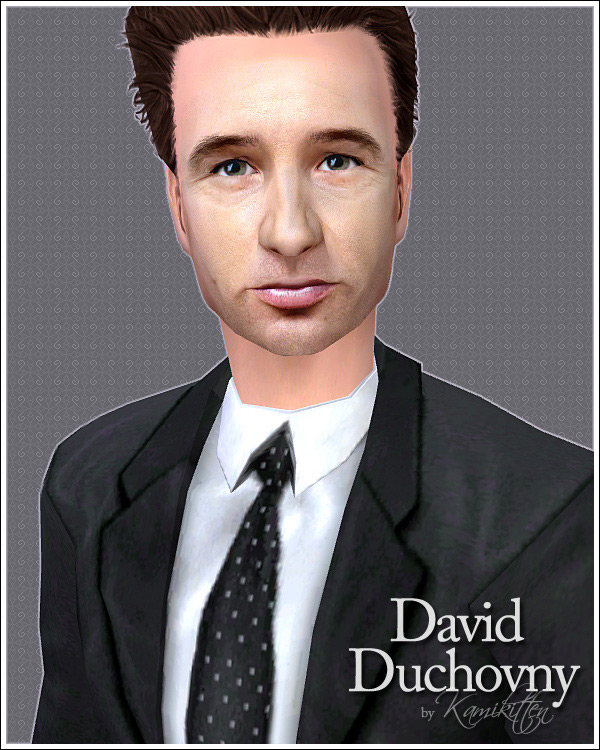 Since his role as Fox Mulder in "The X Files", David is the only actor who I never will stop to like. For about 5 years I was a Mulder fangirl, so totally in love!

I quit watching "X Files" when David was no longer there, it wasn't the same without him and Mulder

After watching another episode of "Californication", I decided to make a David sim and here he is

His skin is based on SimCribbling~ Self-MakeUp Skintone.
The previews are showing David as Fox Mulder and Hank Moody.

Sim is packed with Maxis hair and clothing.