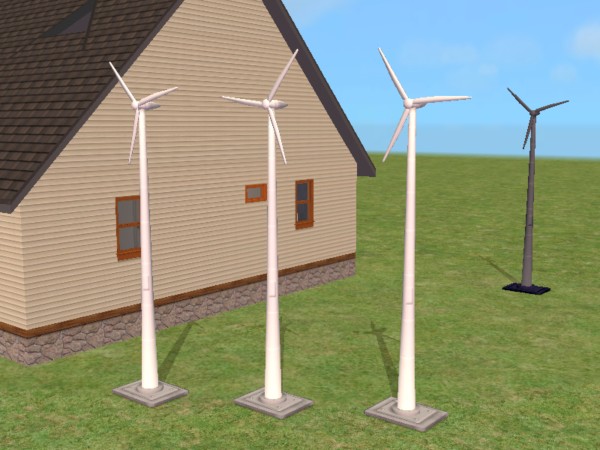 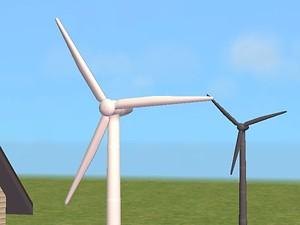 619 Thanks  Thanks     43 Favourited
This is a Maxis Recolour which means that it is a recolour of an item that already exists in your game. Please check the Expansion pack requirements to see which game pack it recolours.

This is a strange object to classify, so I have chosen the "Miscellaneous" forum...

The "story" behind this windmill is quite interesting.
Originally, Maxis created a "Power Outage" scenario: during a storm, there would be a black-out, and the player had to keep high the "fun" motive for all the family members (and guests) without being able to use any electric device.
If the player succeeded in such a mission, this windmill would have appeared in the catalog as a scenario reward. The windmill, basically, is an electric generator, that supplies power even in case of power outage.
But Maxis abandoned the weather casualties and so the windmill had no reason to be officially released any more, and stayed hidden into the game.

But I've found it and here it is...! :D
I think it's a beautiful object, and it's very realistic as well: the speed of the blades changes according to the wind speed!

In order to enable it, you have to install the attached package into your download folder; once installed, the Dialectric Electrobreeze Windmill can be found in the catalog, under Misc objects (along with the kid swing set and the trashcans). Multilanguage catalog description supplied.

NOTE: The dark windmill in the background is just a recolouring test I've made; currently, the windmill comes in only one colour (white). I'll include it in the next CEP release, making it recolourable.