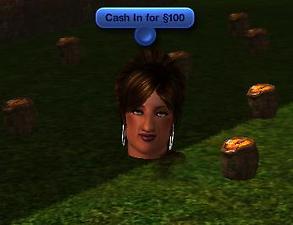 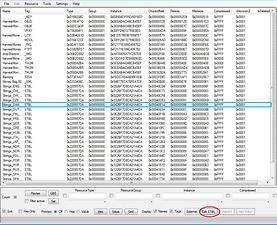 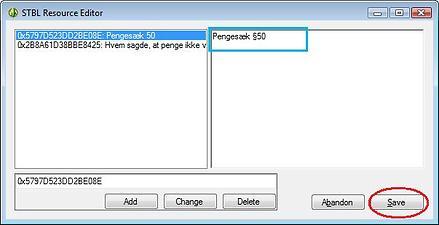 ---edit----
Tiny update, mixed up the files for the Generation update, pleae re-download.

Update 18.04.2010
V2: First of all I apologize for having the dumbest bug in the history of mankind in my mod. I should have known it won't work with other languages, but I'm so absent/narrow minded sometimes (read always) that it did not cross my mind. The new version has been tested in English, Finnish and Danish.

V2. The value of the money bag is now read from the title of the object. I'v changed all titles so they now include the value. The titles are now for example "Money Bag §10", "Money Bag §50"... The parsing code is really simple, I just check for the § mark, and take everything after that and try to convert it to a number.

The new system means that you can easily now change the money bag value if you want it to be something else than the five values I'v given you.
1. download s3pe
2. Open the package you want to edit and choose the language you game runs in, then click Edit STBL. 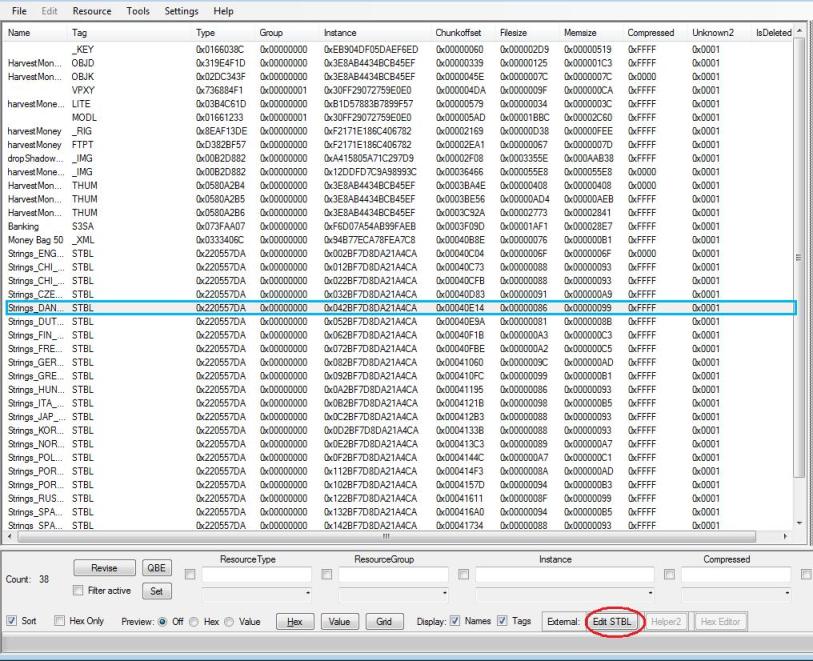 3. Select the title, and change the value after the § mark. Then hit save. 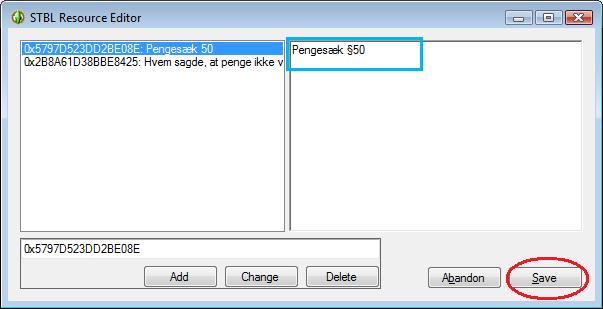 Just note that because I check for the § mark and parse everything after it, you can't have text after the § mark (§10 xx), or space (§10 000). When clicking the money bag in game to cash it, a big number like 10 000 will be formatted correctly even if the title has it without formatting.

4. Change the buy value of the money bag with s3oc.
- open the object with S3OC - Press the clone or fix button
- Change the price value
- press start and you are done.

This is compatible with awesome but you don't need it to run.

You'll find the money bags in the hobbies section of buy mode.

In TS2 when I needed Sims to have individual funds, separated from the household funds, I used to give them certain decorative objects that had the value of the money I wanted them to have as their own. It wasn't a pretty system, but it worked and as long as you put the object into the inventory on the day of the purchase, it's value stayed the same. In TS3 however, the value of an object will decrease the moment you go from buy mode to play mode, and on top of that, not all objects can be placed into the inventory. So to get around this problem, I cloned the moneybags.

So why would you need to have separated funds for individual Sims?
Well, I for example have one Sim who rents his spare bedroom. Every day that the tenant comes from work, I change her wage to moneybags (or as close as I can), and then on Monday I cash in the amount of money for the weeks rent. I also use them when I want to give my kids money when they move out. Or if I want a Sims to save up for something specific to buy and don't want to accidentally loose the money when paying bills or buying food.


Additional Credits:
For all the people who created the tools I used, s3pe, s3oc...
For Kolipoki and his object modding tutorial.
AD85 for noticing my bug and helping me find the language changer program.

See: Game Help:TS3 CC Basicswiki for a full guide!
Back to download view
20 Comments / Replies (Who?)