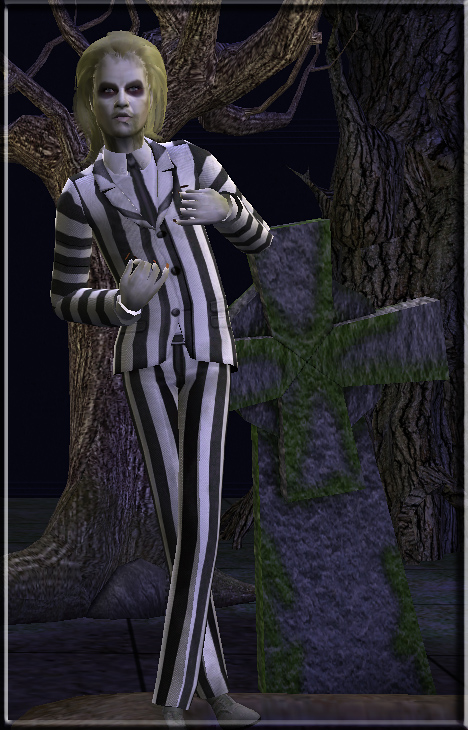 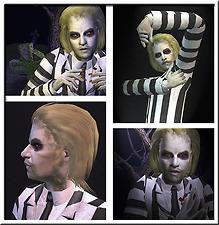 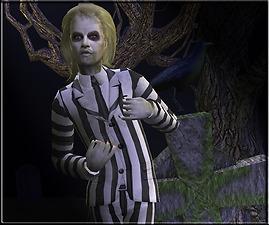 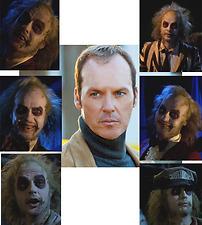 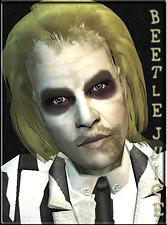 Beetlejuice is a 1988 American comedy horror fantasy film directed by Tim Burton, produced by The Geffen Film Company and distributed by Warner Bros. The plot revolves around a recently deceased young couple who become ghosts haunting their former home, a quaint and quiet house on a hill overlooking the fictional town of Winter River, located in Connecticut. When a family of metropolitan yuppies from New York City move into the house, the ghosts seek the help of an obnoxious, devious and mischievous "bio-exorcist" named Betelgeuse ((pronounced "Beetlejuice") from the underworld in order to scare the new living inhabitants away permanently. Beetlejuice stars Alec Baldwin, Geena Davis, Winona Ryder, Catherine O'Hara, Jeffrey Jones, Sylvia Sidney, and Michael Keaton as the titular Betelgeuse (the film's title being a phonetic spelling of the character's name).

Okay, okay, enough with the facts, I'm sure all of you know BeetleJuice! "Beetlejuice" is one of my favorite movies ever. It's just brilliant. Michael Keaton was awesome as BeetleJuice. And I grew up with the cartoon, it's still one of my faves too. So I thought this might be an interesting project, and I was right! You'll need some meshes for BJ to look like on the photos:

- Outfit recolor is by Mimsy and can be found here and the mesh is by Berg, here.

Hair is by Helga, but the site is dead, so I've included the mesh for your pleasure :D

Skintone is my edit of one of Needlecream's lovely skins. That's it! I hope you'll enjoy having BJ in your game, he's such a fun sim to play! (Although very sloppy and goofy).


These recolours may or may not be endorsed by MistyBlue.