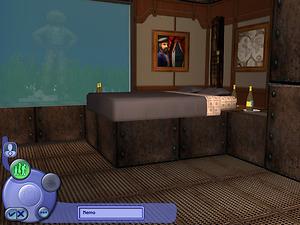 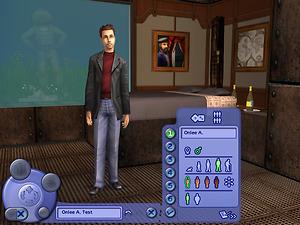 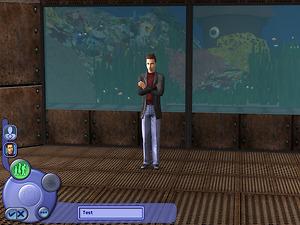 Ships have been disappearing off the coast of Pleasantview! Those that survive blame a strange sea monster that emits an eerie glow as it surfaces from the ocean depths in the dead of night. The town was abuzz when Bella Goth disappeared and even more so when Don Lothario vanished. As more locals leave, rumors now say that this mysterious creature is somehow to blame.

You didn't hear it from me, but I've heard that Don's half-brother is none other than the long-lost son of Captain Nemo! He and his half-brother have repaired the Nautilus and are using it to smuggle goods and people to Bluewater Village. Of course, the best way there is a shortcut through coral reefs, through the lost city of Atlantis, and through waters whose depths are haunted by drowned divers from back in Nemo's prime. You've got to be on the lookout for any giant squids looking for a fight. Just don't get caught wandering into Captain Nemo's old quarters, else you might be kicked out and it's a long swim back to the surface!

This CAS requires OFB and was made using Numenor's AnyGameStarter to prevent strays and shivering Sims. I've created some special CC to accompany you on your trip aboard the Nautilus, but I'll get to the CC in a minute. Also Included with this Download, CC others have made
(Note: Some content belongs to larger sets which can be included with lots. I'm not including the entire set, only what I used. Each CC group that is a part of a larger set is divided into its own labeled sub-folder within the CC folder I've made for this CAS. If you already have the content, you don't have to have duplicate packages in your Downloads folder. Just remove the appropriate folder or folders from the "20000Leagues_CAS_content" folder.)

Not Included with this Download, but *required* - Here is where your shopping list begins if you don't already have these.
windkeeper's Empty CAS screen hiders:
General Notes and Terms:
1. Please make sure you have "object hiding" set to off, otherwise you won't be able to see anything but the bed. You won't even see your Sims!
2. You can only have one CAS installed at a time. Please remove any custom CAS you have installed before installing this CAS.
3. You can do whatever you want with the world map. However, whatever you do with the coral reef object, please give credit and a link appropriately. (I'm only asking for a link here in case the object needs to be updated. At the very least, please respect smithycpl's wishes since it is his mesh and texture.) The ghost and squid were made for this CAS; you won't find them in buy or build mode. I haven't disabled the functions of the base objects they were cloned from as they aren't meant for use outside CAS.

Echo for helping with the object animations and for feedback;
Phaenoh for feedback, patience, and helping get rid of a mysterious shadow;
Numenor for his AnyGameStarter;
HugeLunatic for fixing my squid object when I broke it;
Vampire_of_Death for testing with pets and for feedback;
...and everyone else who replied in my Creator Feedback thread.