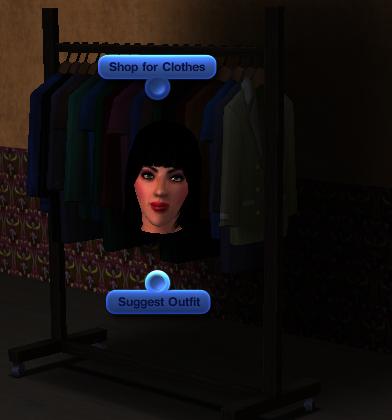 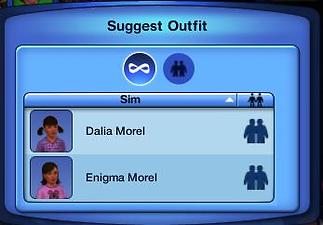 Please note that this mod is currently obsolete. If you have ITF I suggest ditching this and using this mod instead

Please note: I do not plan on getting ITF on release date, I might get it later or might not. ITF comes with clothe shopping so I might update this later with newer code but I don't promise anything.

Changes:
Because the automatic calculation for outfits wasn't working 100%, I removed it and replaced it with a pop-up that comes after you are done shopping. In the pop-up you can put the price you want to pay for the outfits.

Fixed the issue of the age resetting.

I added a tiny animation to the end of shopping. The Sim will now do the view animation and get a styling related thought bubble. I added the animation so the code wouldn't run through too early. The code to restore the Sim's age to what it was before going to CAS is run after the animation. So during the animation, your Sim's age will be wrong, but it's restored after the animation stops. And please note that I don't update the UI when restoring the age, so if you are in the panel that shows the age, and you want to see your sim's real age after shopping, you need to update the UI manually, and by that I mean just click another tab and return to the tab with the age bar.

Changes
- Fixed bugs where the number of outfits you paid for, was not the actual number of outfit bought.
- Removed the restriction that you have to be on the lot to buy clothes, you can now select the interaction straight from any lot and the sim will walk to the object. Suggest for outfit interaction, still has this restriction.
- If you can't afford to pay, the amount is added to your next household bill. So you can now shop beyond your means. Please note thou that this functionality has not been play tested, I have only tested it in my test hood.

- I added the rabbit hole lot owning rule, you can read about it in here.

Modifying outfit cost:
- open the mod in S3PE.
- Select the xml named ShoppingConfig
- Replace the default 200 with what ever you want the price/outfit to be.

Bugs:
- none to my knowledge. But if you get any, please report them, and please try to reproduce the bug more than one time before reporting. I can't fix stuff I can't reproduce.

Note 1: You need Ambition for this mod to work, as I use the clothing rack that came with Ambition, as well as Ambition codes.

Background
In TS2, one of the things I really liked doing, was having a poor Sim save up money so they could buy a nice outfit instead of that hideous thing they grew up into during their last birthday. I like TS3 and think it has a lot of game-play improvements compared to TS2, but unfortunately it's not perfect and in some cases, I would say we took a step backwards, instead of forward. Having all clothes available for all Sims all the time, is just one of those things I don't like. So to fix this issue, I made this mod.

What this mod does:
1. It removes the "Plan Outfit" interaction from all drawers.
2. It adds two new interactions into the clothing rack statue and those are
- Shop for Clothes: sends the active Sim to CAS (drawer mode)

- Suggest Outfit: Opens a Pie menu picker, with all the Sims on the lot, and the selected Sim will then go to CAS (drawer mode).

- If the lot is owned by another Sim the money the shopper spent, will be added to the lot owner household.

- If you are the lot owner, you get your clothing for free.
- There are no animations to this interaction, but the Sim who is shopping, will walk to the clothing rack before they go to CAS.

What this mod doesn't do:
- This mod does not increase the amount of outfits for each category, it's still the original three.

Compatibility:
- This mod is compatible with Awesome but you don't need it to run this
- This mod will conflict with other mods if they have modified the CAS codes. But so far none of the mods I'm using, conflict with this.

Bugs/Features:
- No money animations. Even thou money is removed from the customer, you don't see the money animation or hear the sound. This is due to the money being removed from the Sim in the event that is fired when the game exists CAS, and I guess it's too early for the animations to be fired at that stage.
- There is no penalty for not having enough money to buy the outfits, as your family fund cannot go below zero. But I'm planning on making it so that if you can't afford the clothes you brought, the money is added to your next bill.


Additional Credits:
Kolipoki for his object modding tutorial
Twallan for giving me the info how to access the even when CAS is exited. Without him, paying for the items would have been a separate interaction.

See: Game Help:TS3 CC Basicswiki for a full guide!
Back to download view
89 Comments / Replies (Who?)