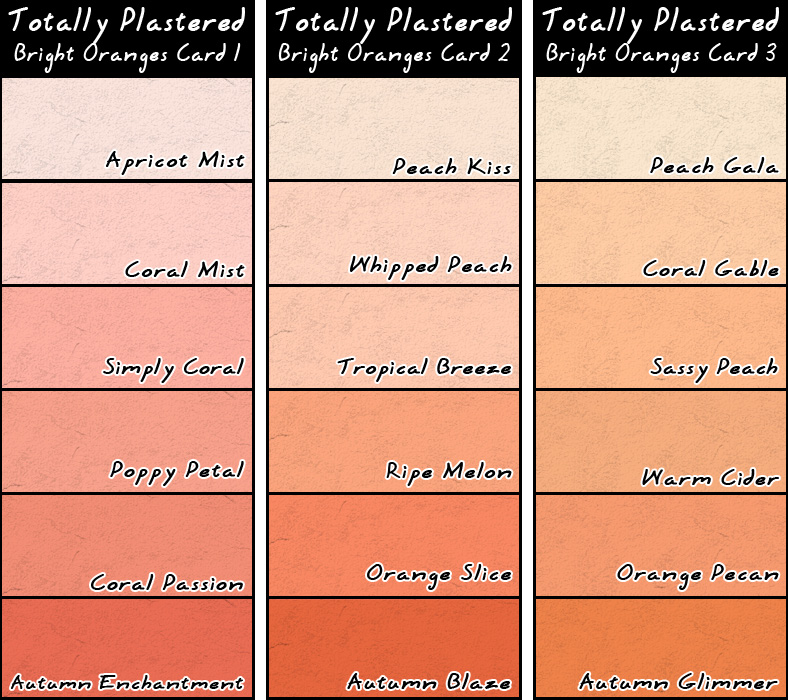 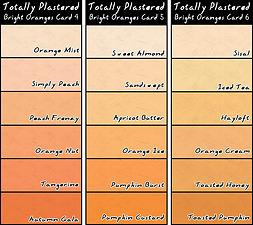 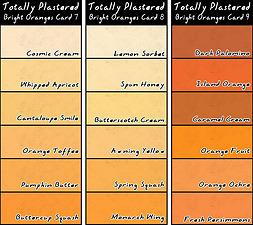 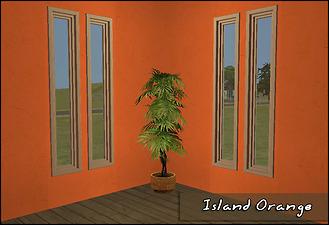 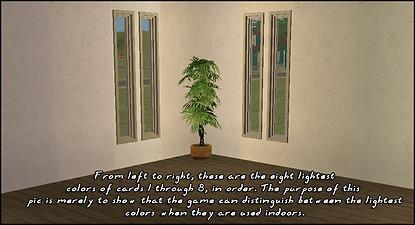 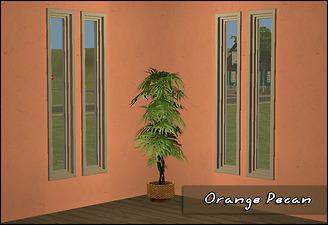 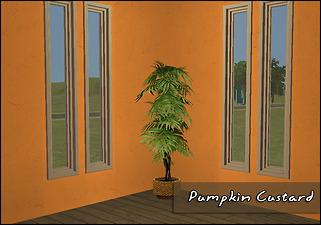 Picked Upload! This is a picked upload! It showcases some of the best talent and creativity available on MTS and in the community.
Well, here we are in the oranges. I'm just glad that we're done with all the freakin' pinks!

And I must say that after putting this download together and taking the necessary pics...I really want to make and eat a pumpkin pie. Mmmmmmm...

Anyway, because this is the sixth of these sets that I'm posting now, I'm going to do away with the general information that I've been putting on each of them. If you haven't looked at one of these sets before and you're wondering what the hell I'm doing and how this monster project is organized, go read the description on, for instance, this set .

For those of you who know the drill by now, here are the "color cards" for the Bright Oranges: To give you an idea of how these walls look in-game, I took some pics of some of these colors on interior walls this time, instead of just being lazy and plopping them on a stretch of wall outside. And I deliberately chose some of the brighter colors in the set so that you can see that even though they are quite bright, they ARE usable...indoors. If you put them outside, especially on the sunny side of a lot, they will be very, VERY bright. Eye-searingly bright. 0_O But inside...even the brightest colors actually look quite nice, at least if you like oranges, as I do. In fact, here is a pic of the very brightest color of this set -- Island Orange -- on interior walls: It doesn't look half-bad to me, since I like orange.

And more similar pics of various colors are attached below. Please do note that I have a lighting mod in my game, which I really like in general, but it does have a curious/annoying habit of making any interior wall tile that a window sits on a hair lighter than the wall tiles that have no window in them. I don't know why it does that, but just know that it IS the mod that's causing that in the pictures, not something that's wrong with the walls.

Also attached below is a pic that I put together mostly to satisfy my own curiosity about how the game renders the lightest colors in these sets. It's certainly not the best/most artistic pic in the world, but it's not meant to be. I just thought I'd share it so that y'all can see, too, in case anyone was wondering the same thing that I was wondering. Which was: I wanted to know whether or not the game can really distinguish between the lightest colors because I wanted to know whether or not it was really worth it to continue to include them in these sets at all. The answer to my own question is that when used outside, the game doesn't distinguish between the lightest colors and sometimes not even the second-lightest colors on the cards. They all tend to get washed to white(ish), particularly on sunny walls. Inside, however...Well, see for yourself.

In that attached image are the lightest colors on Cards 1-8, in order from left to right. As you can see, they are all different, but VERY subtly so. But the game can and does distinguish between them when used indoors! So, the lightest colors stay, although you should know that there's really not much point in trying to use them outside because they will just look white(ish).

With all that said...Enjoy!