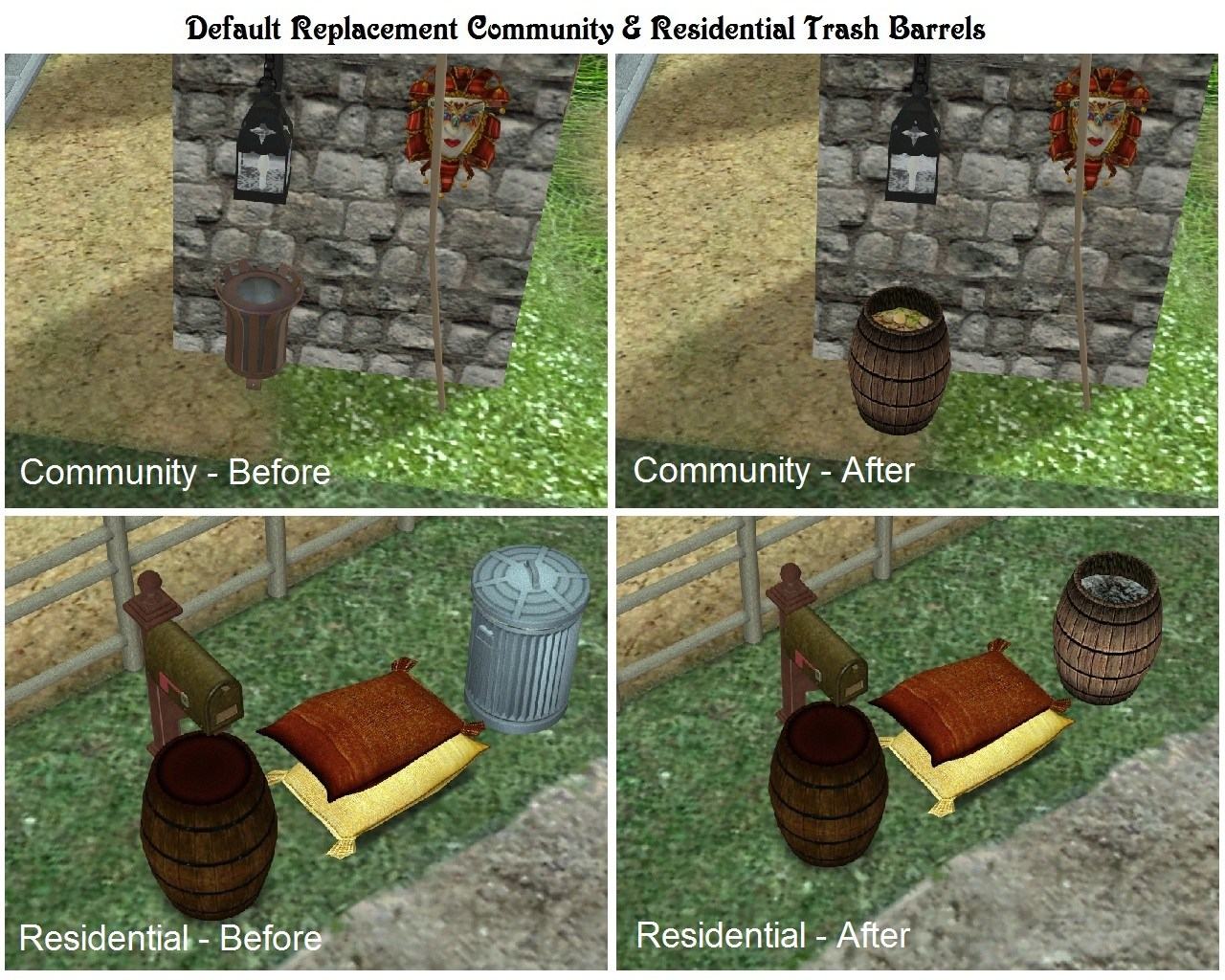 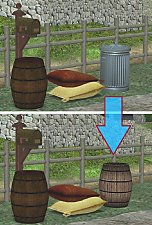 This Upgrade supplies the following enhancements:

1) The barrel surface textures have been cleaned up, particularly to eliminate the horizontal line that showed in the centre of the Trash Barrels.

2) The interior mesh resolution for the Trash Barrels have been doubled so that they are more circular.

3) The interor texture mapping has been remapped to increase the resolution.

4) The mesh resolution in neighbourhood view has been moderately increased so that the barrels appear circular rather than hexagonal.

5) As before, Sims and animals attempting to overturn the Trash Barrel will be unsuccessful, but the attempt no longer results in an error.

6) In spite of these improvements both objects now have a smaller filesize. These files may be installed in any Downloads folder. If you wish to revert to the EA defaults, simply delete the files at any time when the game is not running. Please do not attempt to delete these default replacements directly from the catalogue.

The trash barrels in this set have the following features: may be placed on locked tiles, may be placed on beach tiles, non-flammable, may be struck by lighting, cannot be stolen, neighbourhood viewable even in basegame, they remain in place if a lot is sold, and to avoid accidentally deleting the only trash barrel on the lot they are not deletable (but use "MoveObjects on" if you do want to delete them).

Each of these barrels are functionally identical to the non-default Trash Barrel distributed in the original Old Cooper's set - and these barrels can use any of the barrel surface and contents recolours distributed with that set.

Like the original Trash Barrel for All Times and the Rogue's Trash Barrel, either of these objects may also be used as the master object for all the other components of the Old Cooper's set. They will not conflict with the updated original or the cheater's trash barrels. In fact all four variants of the trash barrel may be used - even on the same lot. This chart illustrates the design mode differences between the four barrels.

Like the original, these barrels have the following gameplay features: no limit to the amount of trash they can "contain", may be Eaten from or Salvaged by Sloppy Sims as well as all Zombies and Active Werewolves, may not be vandalized or upset by animals.

I do not recommend including these default replacements with uploaded lots because I believe that players should be able to freely choose which patches and hacks they wish to use. Instead, I would suggest including the original Trash Barrel, which is freely distributable. Therefore, please ensure these patches are only available directly from here.