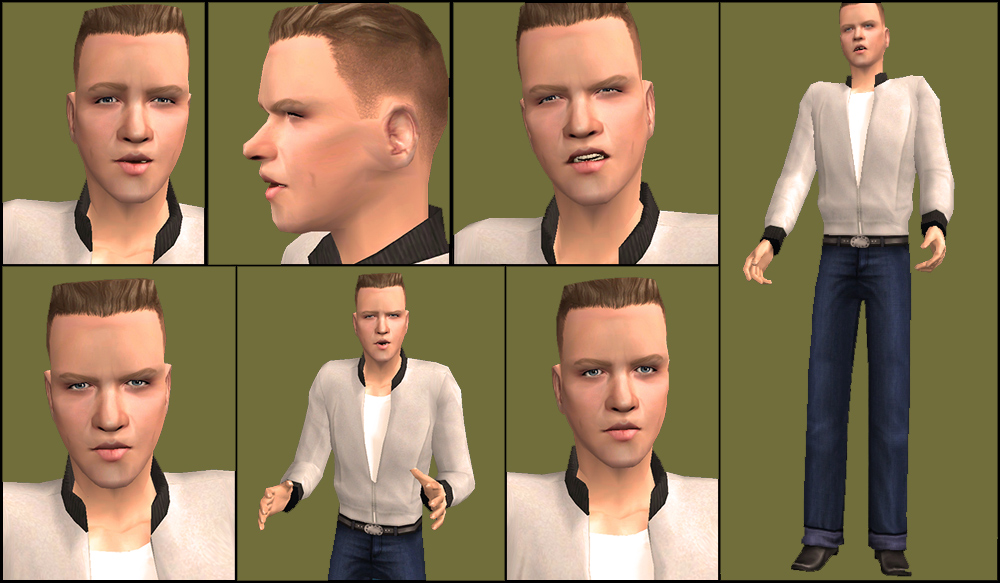 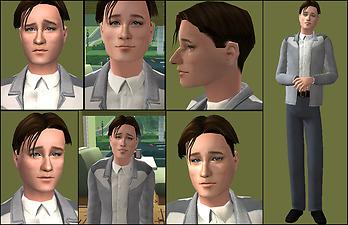 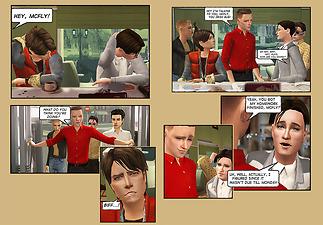 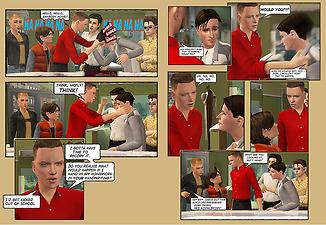 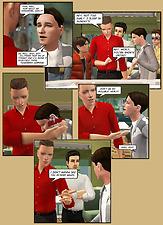 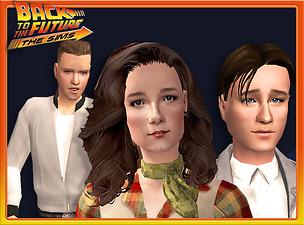 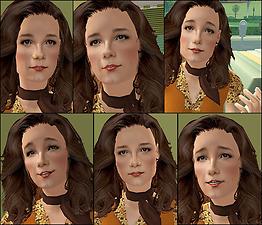 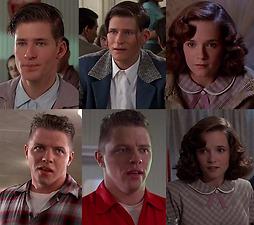 Another part of my Back to the Future project: This time I bring you three most important characters, right after Marty and Doc. Without Marty screwing up their lives and timelines two times, there would be no story. Or there would be, it just wouldn't be quite as fun. Lorraine and George are both 17 in 1955, so I made them as teens. They still look very much like themselves as adults, too - just need different make up. Biff is 18, and, although that's actually still a teen, I had to make him as an adult since he would look too tiny and not threatening at all. I had lots of fun creating them, as always. I also went a bit crazy and spent a bunch of time on re-creating the scene where Marty meets George and Biff for the first time into a five page sim!comic. Anyway, let's get this party started - ladies first, of course As you may know, Lorraine Baines (McFly) is Marty's mom. Her first time line was a pretty miserable life: Their courtship started when George, while being a Peeping Tom, fell out of the tree, was hit by her father's car and taken into her parents' home. As an adult, Lorraine drank a lot, whined a lot, and was apparently staying in her marriage out of a sense of not having anything else better to do. The second time-line did not have George falling out of the tree. Instead, he was directed by "Calvin Kline" (time-traveller Marty McFly) and a space alien (also Marty) to court Lorraine. As adults in this time-line, they were happily married. The third time-line she lived in had George McFly dead and Lorraine married to Biff. With great difficulty, Marty was able to correct the time-line back to the second line.

- For Lorraine's hair, you will be needing the XMSims mesh, which you can find here - it's the first mesh on the page.
- Hair re-texture is by always wonderful Stefan, with just a slight alpha edit by me.
- Clothing displayed on the pictures is part of Hedgecat's lovely set.
- Nosemask is an edit of a Sironasims nose.
- Lips are edited Bruno lips. "Lorraine, my density has bought me to you."

In the first timeline, he fell out of the tree, was hit by Mr. Baines' car, and ended up escorting Lorraine to the school dance, where they kissed for the first time. They ended up married, in a messy, cluttered house, with a junker car and three children, the youngest one named Marty. Marty accidentally traveled into the past, where he prevented George from getting hit by the car, and almost caused his and his siblings own non-existence. After considerable work by Marty, George saved Lorraine from a sexual assault by Biff, became a hero and he and Lorraine went on to have a happy marriage and a successful life with him as famous science fiction author. Unfortunately, a third time-line occurred and George was killed sometime after Marty's birth. Marty corrected the time-line back to the second line.

For George's clothing, I decided to just go with something that looks like he might wear - hence is not based on any particular outfit seen in the movie. "That's about as funny as a screen door on a battleship."

As the quote suggests, Biff was not very bright and only got through high school by bullying George McFly to do his homework for him. Biff was feared by most of his schoolmates. In 1955, he surrounded himself with a gang. He also had a crush on Lorraine Baines and referred to her as "my girl", and continued to take an interest in her even 30 and 60 years later. Lorraine did not return the sentiments. In the second timeline Biff was still a jerk and more passive-agressive than a bully, but could be nice when necessary, usually to get out of trouble.

I based Biff's outfit off of the one he was wearing throughout the second part of Part I, consisting of gray sports jacket, white t-shirt, and a pair of simple '50s style jeans.

- Biff's nosemask is an edit of a Sironasims nose.
- Skintone is an edited Anva skin.

I hope you will enjoy these sims, and will have fun playing them

Additional Credits:
Huge thank you to everyone at Creator Feedback Forum - nothing could be done without your gracious help!

Also thanks to Linuslover30 for her sims that I've used in the comic, and to Fresh Prince for the car in the background.

Thanks to all tutorial writers, Milkshape, Wes_H for the plug-ins, SimPE and everyone else who have contributed to this project in any way.