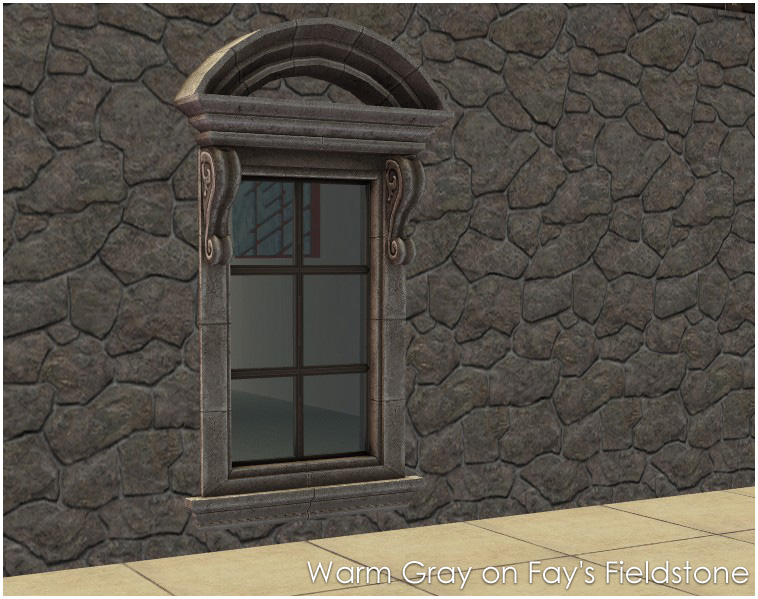 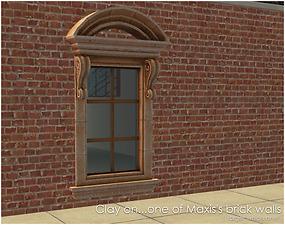 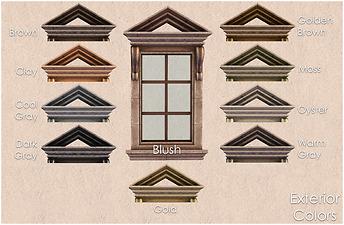 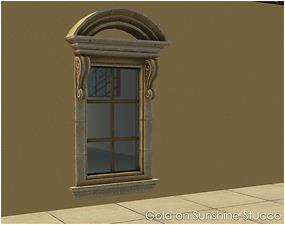 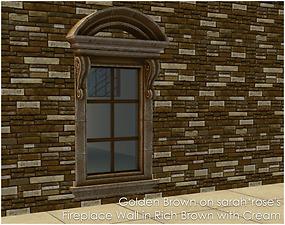 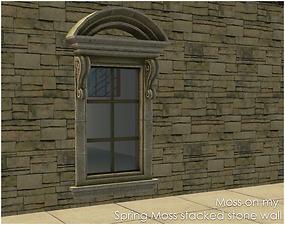 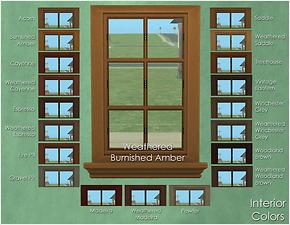 495 Thanks  Thanks     34 Favourited
This is a Maxis Recolour which means that it is a recolour of an item that already exists in your game. Please check the Expansion pack requirements to see which game pack it recolours.

Here's definitive proof that iCad is an airhead: I thought these windows were concrete on the inside as well as on the outside, so I skipped them in my recoloring endeavors. Derp. However, it was brought to my attention by someone who shall remain nameless for fear that the stalking rumors will spread that these are, in fact, wood on the inside. So here they are.

Frankly, I wouldn't be nearly as excited about these windows if that same person-who-shall-remain-nameless wasn't working on a set of remeshed and, most importantly, repositioned (Since these sit, IMO, much too low on the wall when viewed from inside) pieces that are slaved to these. Because she is doing that, I went to work on these puppies, in anticipation of the completion of that set.

Anyway, two-sided windows are nice! Why didn't Maxis make more two-sided windows? So, since these are two-sided (and very differently two-sided), I recolored both sides. The insides are, probably not surprisingly, colored in my 20-color wood palette. Like so: The above pics were taken from the inside since, y'know, these are the insides of the windows.

However, the outsides of the windows are concrete. (Or stone, I suppose, but I prefer to think of it as concrete.) Concrete doesn't take well to wood colors.

So I futzed around with "dying" the concrete in shades that tend to complement some of the Maxis stone, brick, and stucco walls as well as some custom stone, brick, and concrete/stucco walls that I have and love and use all the time. (Notably, the set by sarah*rose to which I have linked on the "Related Pages" tab, along with the relevant repositoried completer sets for these windows by the person-who-shall-remain-nameless.) After much futzing and experimenting and trial-and-erroring, I ended up with 10 different concrete colors, all natural-looking and somewhat unassuming, like so: There are also some additional pics attached of the outside of the Classical Curves window on a few different complementary Maxis walls, plus one of the aforementioned stone walls by sarah*rose, plus a stone wall of mine that isn't on MTS but is over on my LJ. So, if you're curious to see how they look together before you decide whether or not to download...there you go.

Really, I'm intending the complementary-ness to work better (in terms of style, I mean) when Leesester's (Oops, I said her name) new set, which isn't so grandly ponderous as these, comes out. Anyway, those attached pics were taken on shady-side walls, so the colors are less washed-out. The exterior pics above are of the Perfect Pediment windows and were taken with the windows on sunny-side walls.

Finally, I am offering the exterior recolors and the interior recolors separately, since I imagine it's quite possible that not everyone will want both. They will recolor both the "Perfect Pediment" and the "Classical Curves" windows from Apartment Life. As always, all the files have already been Compressorized and they are all clearly named to facilitate weeding out the colors you don't want/need.

I hope that you will give these a good home and use them well.