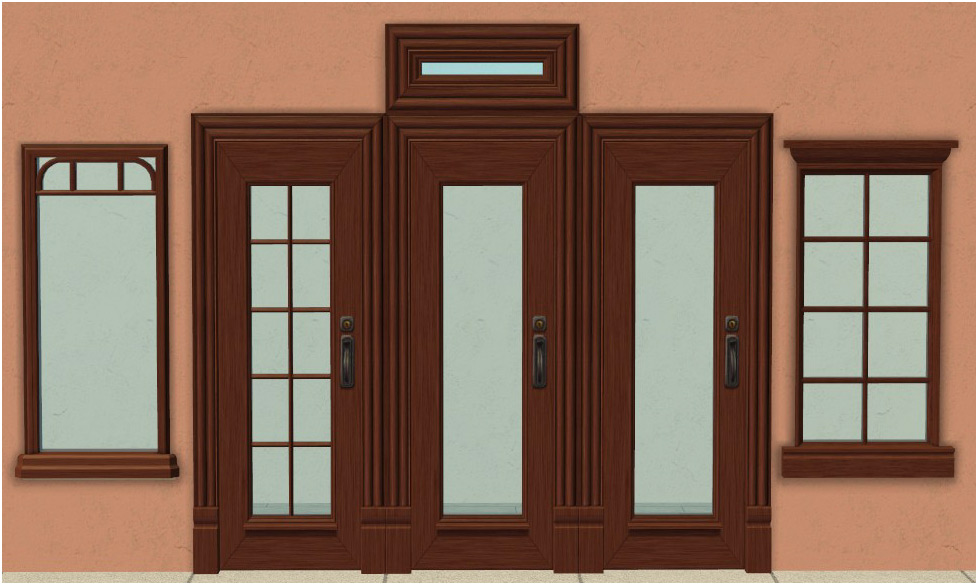 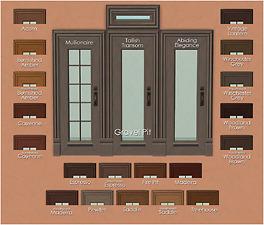 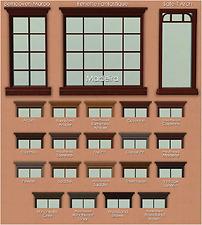 733 Thanks  Thanks     64 Favourited
This is a Maxis Recolour which means that it is a recolour of an item that already exists in your game. Please check the Expansion pack requirements to see which game pack it recolours.

Ugh! What a mess! I figured I'd probably like these windows/doors better in some better/more useful colors. And I do. They're actually pretty, in fact. Especially the doors, IMO. But EAxis certainly didn't make it easy with their haphazard/non-existent linking. :\ But, I guess in the end it was worth it because I do use these now, whereas they used to just sit like eternally hopeful wallflowers in the ol' build catalog because their colors were ugly/useless.

So! The Euro Windows/Doors from Open For Business, in the usual 20 colors each, with added moderately-strong graining so that they don't look quite as flat and "painted" as most of the original colors do. They are also single-color across the board, as opposed to EAxis's bizarre combinations like white with bright turquoise trim. Yeah, that's useful...

First up, the doors. There are three of them, the Mullionaire (The one with...uh, the mullions), the Tallish Transom (The one with...uh, the transom), and the Abiding Elegance, which has neither mullions nor a transom. The Tallish Transom and the Abiding Elegance doors are linked, so one set of files recolors both. Yay. However, the Mullionaire uses basically the same textures...but isn't linked to the other two. (Whatever, EAxis! Just make my life difficult, whydon'tcha?

) Anyway, here are the colors, and look out 'cuz it's a big pic: Then there are the windows. Again, there are three of them: The Safe-T Arch, with the weird-looking deco thing at the top, the mullioned Belhooven Maroo, and the double-width mullioned Fenetre Fantastique. Although the latter two use the same textures, they are not linked, because EAxis hates me. At least the Safe-T Arch has an excuse, since it's texture file is totally different. Anyway, here are the colors: *sigh* One of these days, I WILL sit down and figure out the whole slaving thing. I tried to do so once and just made myself thoroughly confuzzled.

But one day I will conquer it, because it will make my life easier and my Downloads folder smaller. (Yours too, I suppose, if you download my stuff.) When/if I do figure out that whole thing, I would like to make fancy versions of these, with gilding, because it would be pretty easy to do given that the original textures are already conveniently two-toned. But given their mostly unlinked state, that's just too darn many recolors to make/have of one door/window set.

But if I ever figure it out...

Anyway, for the heck of it, here are all of the pieces except one of the windows in one of the colors (which happens to be Cayenne, which is my not-so-secret favorite of the bunch), to show how they look together: The missing window in the pic above is the double version of the Belhooven Maroo window on the right. I just couldn't get all six pieces in one pic and have it be at all close-up enough to do any good. And I didn't feel like making a collage.

Now the question arises: To recolor (or not) the store display shelf thingies that match these? I never use them because of the weird-ass colors, but in better colors... *sigh* I guess I should just accept the fact that I will be recoloring...every damn thing.

Anyway, as usual all of these (100!) somewhat redundant files are pre-Compressorized and are clearly named so that you can get rid of the colors you don't want. But for the two doors that EAxis actually bothered to link, each of the pieces is available for download separately. And I should mention that MaryLou made a slaved expansion set for the Belhooven Maroo window. And then Leesester expanded her set. Those two downloads are linked on the "Related Pages" tab, if you don't already have 'em; they do make that window quite useful, and now you can have a matching door in the Mullionaire Door, too.

But anyway, despite my grousing, these ARE pretty when they're in not-strange and not-two-toned colors, so maybe they can become less wallflower-y in your build catalog, too. Let the poor things have a dance, eh?