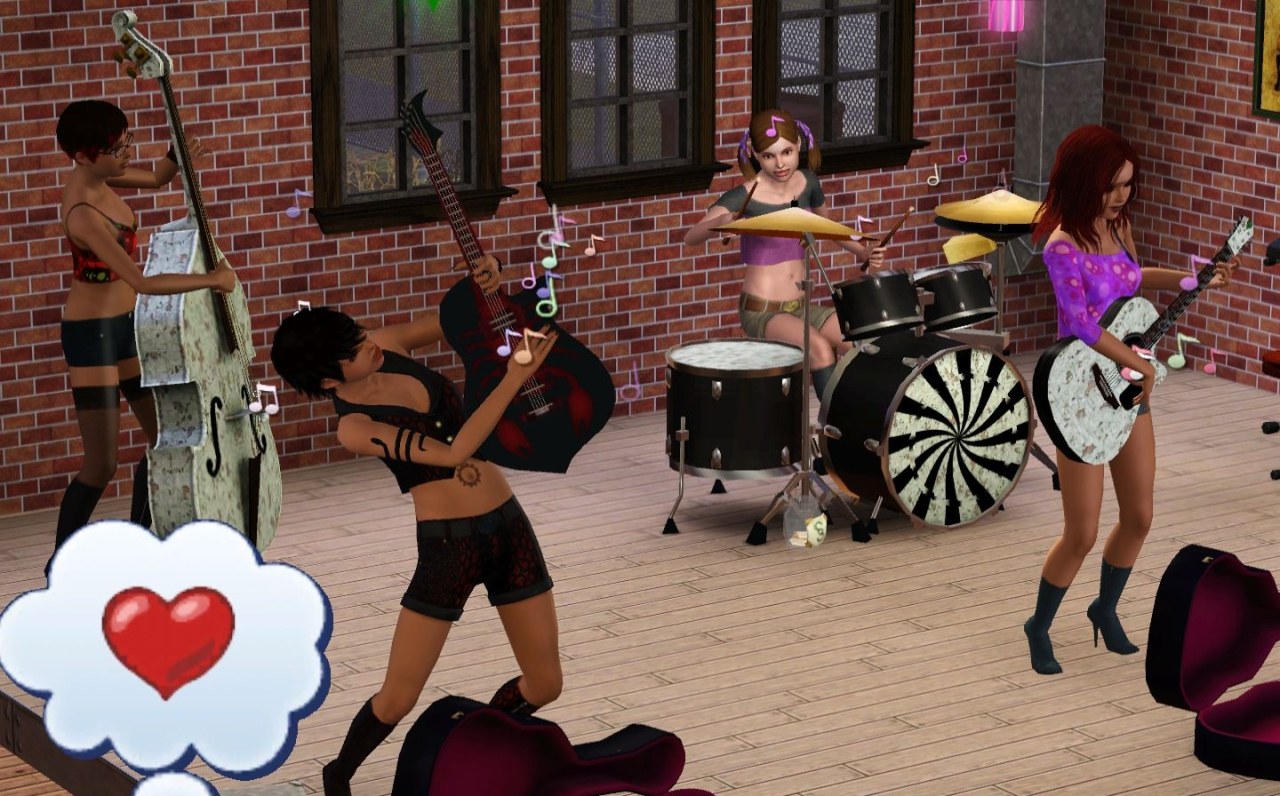 Picked Upload! This is a picked upload! It showcases some of the best talent and creativity available on MTS and in the community.
- Lets your Teen Sims form and join Bands again

- Almost certainly compatible with Base Game version 1.31 onwards, and probably a bit earlier

Having tried and failed to find a working mod that allowed my Teen to make a Band, I had a look at Groosalugg's 'Teens Join Professions & Bands Too' (http://www.modthesims.info/d/431120) and realised that the resource-system, post-Generations, has been changed around. EA actually made it simpler and easier to understand. So it was but the work of a nonce to knock up this little gubbins that lets my Teen be in a Band again.

With Generations (I think it was) EA split up the social-interaction resources for the various EPs. Then with Pets they added the 'Species' parameter. This means that older mods are trying to override resource files and variables that simply don't exist anymore. All I've done, here, is find where those process now live and added the T-commas and 'Teens' to where they do the most good. This modifies the following resources, and will conflict with any Tuning Mod that does the same. The changes I made are in brackets:

The one to watch out for, obviously, is the SocialData_Ep3, which handles the socials for Vampires, Skinny-dipping and Celebrities as well as for Bands. Since this is for my own use, I've also changed the Celebrity socials to allow my Teen to talk about stuff and Impress stars. (She is, after all, famous now for being in a Band.) Feel totally free to S3PE and change it back if you don't want that.

Oh, all right, there's also a version without it.

It works perfectly fine with scripting Mods like the NRaas Suite, so far as I can tell. Which is fortunate because Teens, of course, don't get Opportunities, so you need some way to trigger Gigs. There's probably some Mod out there that automatically gives Opportunities to Teens, but frankly it's quicker and easier just to trigger em with Master Controller or the like.

3. Put around ankles and raise to waist

4. Check yourself out in a mirror and send pics to Delphy