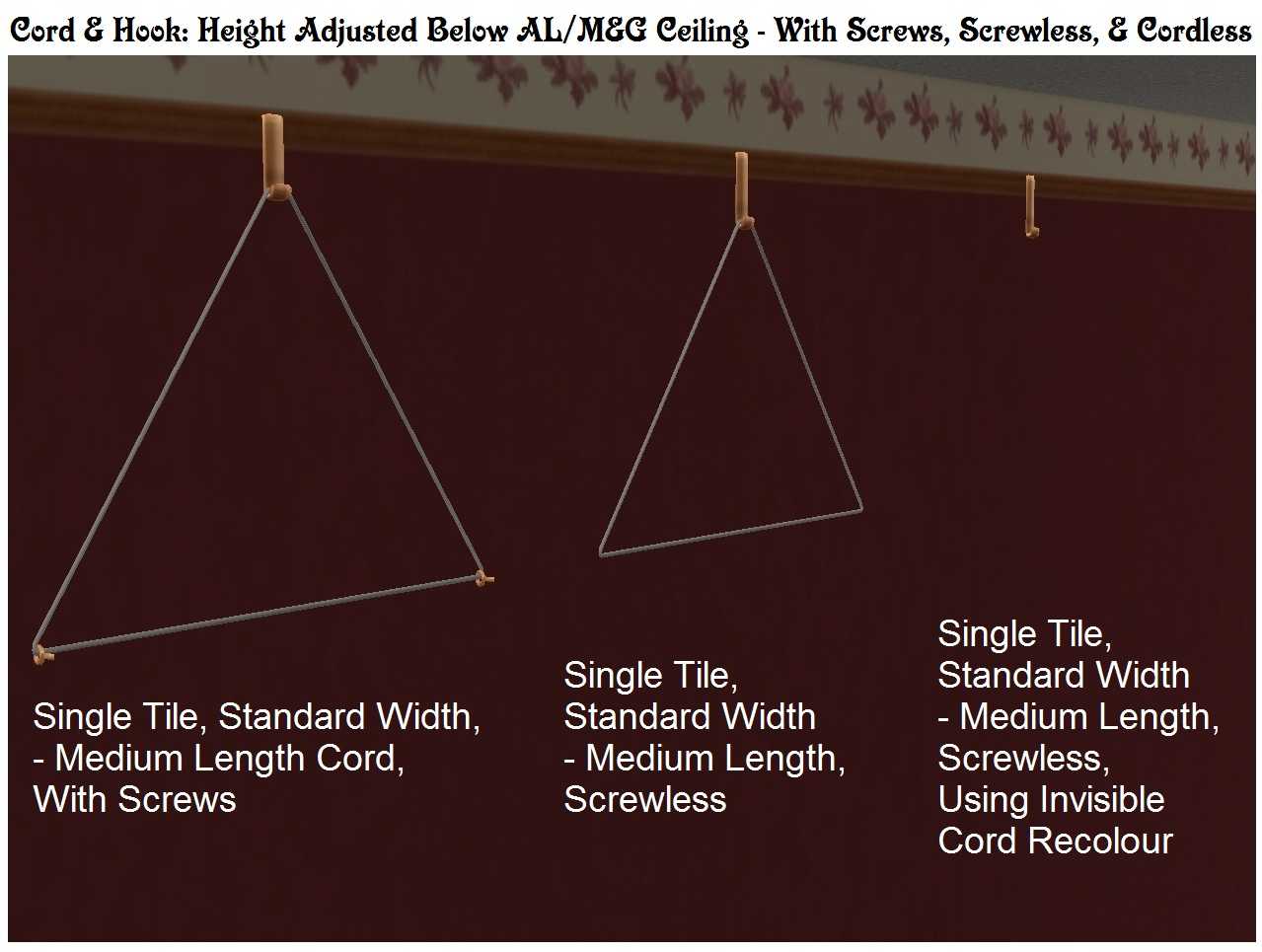 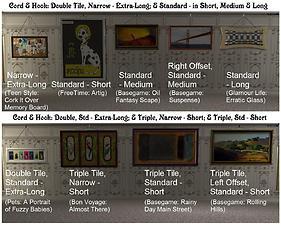 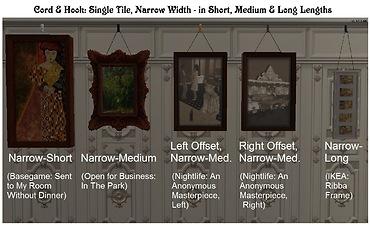 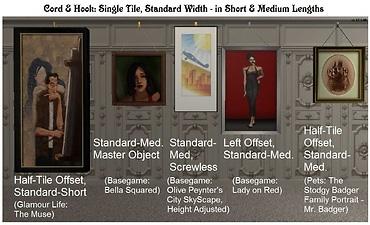 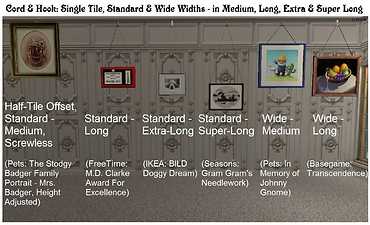 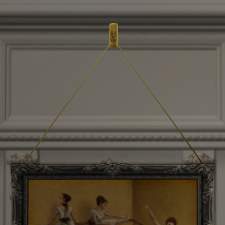 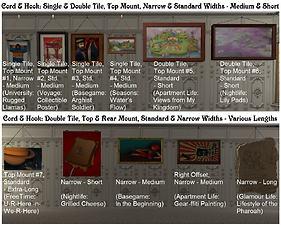 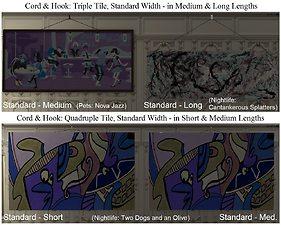 82 Thanks  Thanks     13 Favourited
This is a new mesh, and means that it's a brand new self contained object that usually does not require a specific Expansion pack (although this is possible depending on the type). It may have Recolours hosted on MTS - check below the description for more information.
Title: Framing Cord & Rail Hook Wall Decor, with Recolours


Ever worry if your valuable Sim portraiture and priceless miniature landscapes are hanging safely and securely? Is that picture's hidden framing wire properly captured by the equally imaginary wall hook? Now the traditional system of oppressive picture rails, blantantly conspicuous rail hooks and obviously visible framing cord is available to calm the nerves of artists and their patrons throughout the Sim world.

In response to StephSim's request, to provide an optional hook and cord prop that will work with the majority of framed EA wall art. The majority of these cord and hook objects appear as follows:

1) A double-ended hook is, at the upper end, intended to be "buried" in the wall - typically where the wall texture displays a horizontal picture rail graphic. The lower end of the hook is just high and deep enough to hold the framing cord.

2) An unbroken triangle of framing cord rests on the hook and then runs through a mounting screw at each lower vertex of the wire's triangle.

3) Two mounting screws are "fastened" to each side of the framed picture. Each screw is composed of an eye for the cord to pass through, with a shaft that enters the picture frame. Two of the object meshes are "screwless", meaning that they omit the eyed screws so that - with the framing cord coloured invisible - the wall art can be positioned so that it appears to rest directly on one or more wall hooks. Forty versions of the cord and hooks object are found in the Decorative/Wall category, complete with 16 cord and 16 hook recolours. Every mesh is shown in the attached screenshots, used with an example wall art object. Each cord and hook recolour is shown more than once, but in different colour combinations. 1) Require sdCordHookSingleTileStandardMedium-Master.package to be present in a Downloads folder. This the master for the set.

2) Act as decorative objects with an Environmental Score of 1, but are completely and intentionally non-interactive.

3) Non-flammable and non-stealable. Who would bother stealing a picture hook?

4) May to be placed above your previously mounted artwork without using "MoveObjects On".

5) Although this project accomodates most EA frames, you may find a custom picture frame that does not line up. If so, use "boolprop snapobjectstogrid off" to put the cord and hook in their proper place.

6) It is of course a pretence that the hook actually hangs on what are really only two dimensional picture rails on some of the game's walls. Feel free to place the hook on any wall surface that you may prefer.

7) These items are Basegame compatible, but they are also height adjustable if Apartment Life or Mansion & Garden Stuff is installed.

8) If height adjustability is available, the two screwless Cord & Hook objects are specifically made so that picture frames may appear to be hanging directly on the hook. If used in this way, the accompanying cord may be made invisible using the built-in recolour.

9) If ceilings are enabled in Apartment Life or Mansion & Garden Stuff, the ceiling obscures most picture rail textures because it is too low - and therefore the ceiling will also obscure most of the framing hook. If using ceilings, I would suggest selecting a wall texture that is specifically made to accomodate ceilings, then using the adjustable height feature to align the hook with the texture's picture rail.

10) This set is provided with Residential and Community collection files for those using EPs released before Pets, and a single universal collection file for those with Pets or any later EP. You may include this cord and hook decor in uploaded lots, whether for free or pay. Please include a credit and link to this page.

The poly count for this small object may be considered relatively high. There are always tradeoffs to be made, but I erred on the side of producing smooth and convincingly round meshes. The two screwless versions use 768 faces and 384 vertices. All other sizes use 984 faces and 504 vertices.