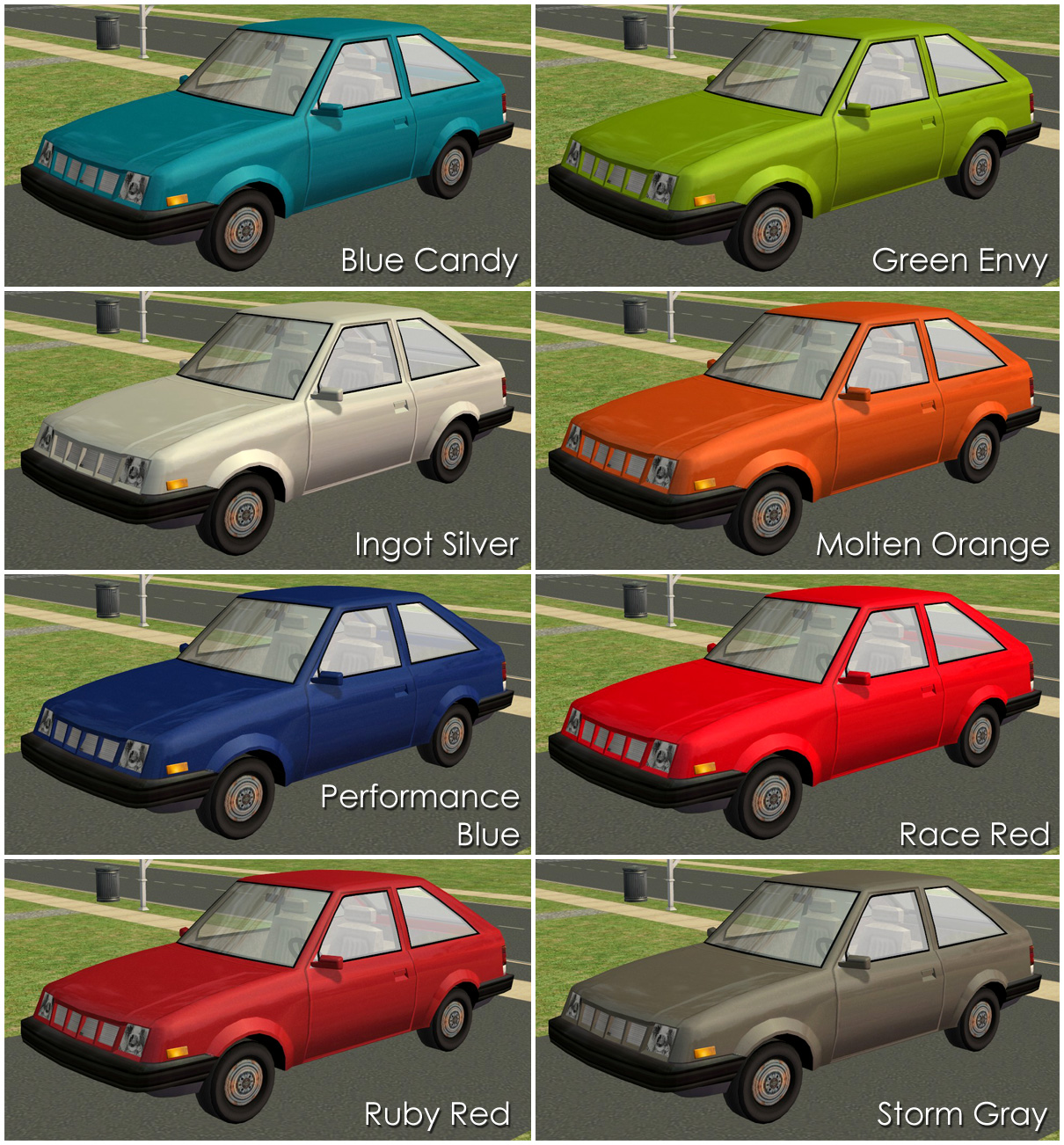 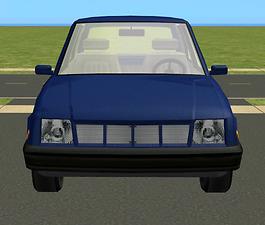 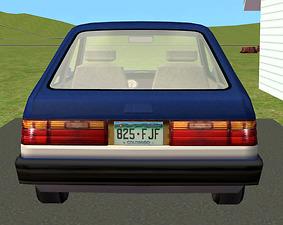 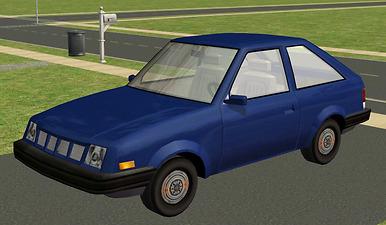 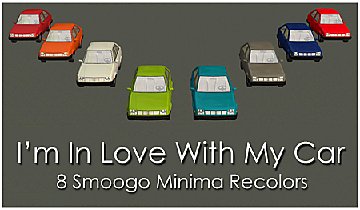 384 Thanks  Thanks     43 Favourited
This is a Maxis Recolour which means that it is a recolour of an item that already exists in your game. Please check the Expansion pack requirements to see which game pack it recolours.

So I unexpectedly got a new-for-me desktop computer, and to "celebrate" I decided I wanted to make something I've never made before. I couldn't decide what, though, until my boyfriend, who gave me the computer as a gift, said, "Cars. Make a car." And I was like, "Yeah, that might be fun." Well, except that the boyfriend meant "make a car from scratch." Like a new mesh. Something which is very, very much beyond me. So, you'll have to settle for recolors. Recolors of a Maxis car, no less.

I confess that I don't use cars all that much in my neighborhoods, mostly because I can't be bothered and just make my Sims walk everywhere. But when I do use them...Well, I am kind of sick of the often bizarre Maxis paintjobs, since I don't have any downloaded recolors or any custom cars. So...here we are.

And it's a tribute of sorts. One of my first cars was a Ford Pinto hatchback, a little subcompact that Ford made in the 70s. They had a tendency to catch on fire. In fact, they were downright notorious for it. (Mine didn't, though.) The Smoogo Minima looks a lot like a Pinto, to the point that I can't believe it's not a deliberate resemblance, so I got it in my head to recolor the Minima in Ford's old Pinto colors, including the nasty dark poo-brown that mine was...except that I couldn't find the colors. So, I did the next best thing: I trotted off to Ford's website, and looked up their current cheap-ish subcompact car that probably has a tendency to explode -- the Fiesta -- and nabbed the colors that it comes in. There are 10 such colors, but I skipped the white, since there's already a white Minima, and the black because boring. So, I give you eight new and mostly bright (Beware the Race Red! It's Ford's fault!) paintjobs for the Minima, like so: They've got a bit of a speckly finish so that they don't look so much like a solid brick of color. Also, because I'm weird about details that no one but me will notice or care about, I darkened up the bumpers, brightened up the taillights and reflectors a very wee bit, cleaned up stray pixels on the trim that were bugging me, and last but not least changed out the license plate so that all of these will be registered in the state of Colorado. Because although I might be chilling in SoCal for the forseeable future, Colorado's mountains will always be my home.

I didn't do anything with the interior, though. Here's one of the above pics, for more detail, plus the front and rear: Fairly obviously, these require Nightlife. The files are pre-Compressorized. Since cars are big files, you're welcome. They're named clearly so you can toss colors you don't want.

Oh,and as for the title of this upload: I'm a fan of the band Queen, have been since I was about 8 years old when I fell madly in love with Freddie Mercury. But the boyfriend is in a whole other category of Queen fandom, totally putting me to shame. The other day we were joking around, teasing each other, and he half-jokingly/half-seriously challenged me to make something for my "stupid game" to fit every single Queen song title. That's, you know, dozens of songs. And I was like, "You are out of your ever-loving mind!" But then I thought about it...and then ideas started to form and then...*headdesk* So, here we are. First in a disjointed series, I guess!

The only problem is that I'm going to have that song stuck in my head now....

Credits:
Ford Motorcars, Inc. Gotta love Ford. Or hate it, I guess.
jfade's Compressorizor. Without it, my Downloads folder would rival the size of Texas.
SimPE. Without it, I couldn't make anything. Well, except Homecrafter stuff. Or BodyShop stuff. And who wants to be stuck with that?
Photoshop CS2 is love.
Queen. For being awesome creating music. Don't ask me why. It's just true. Plus, there's my new "challenge," of course.