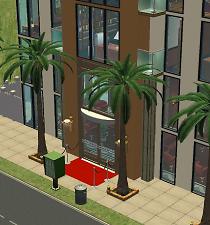 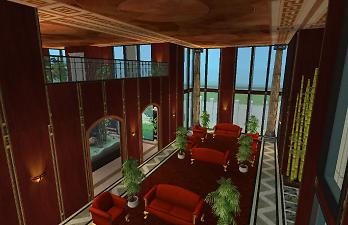 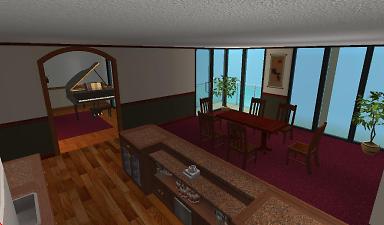 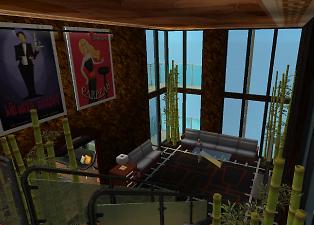 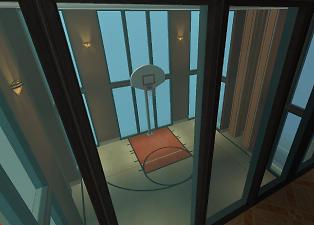 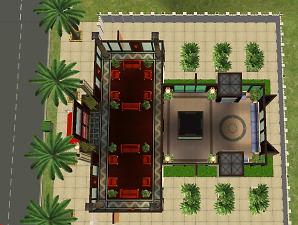 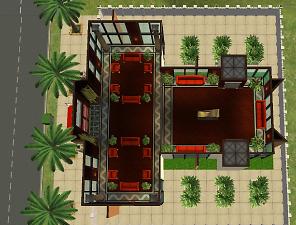 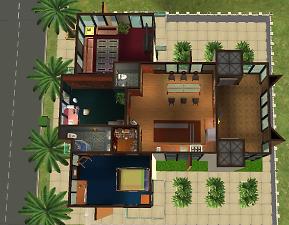 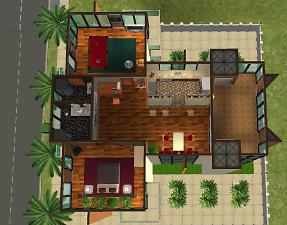 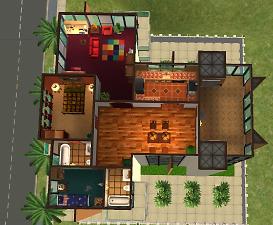 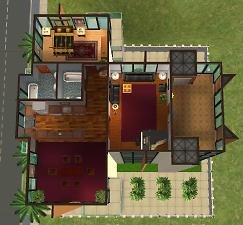 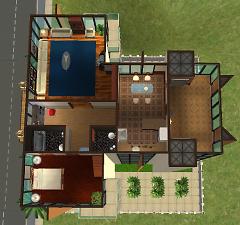 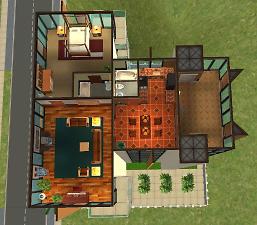 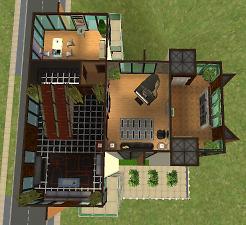 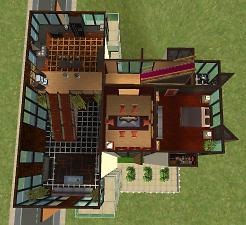 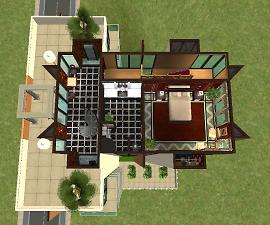 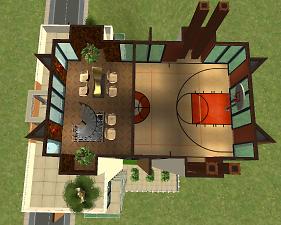 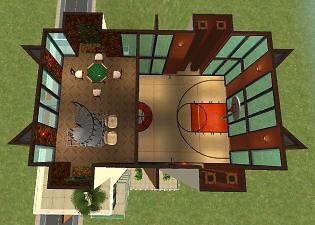 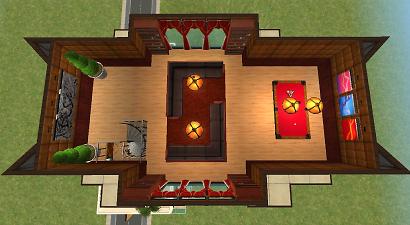 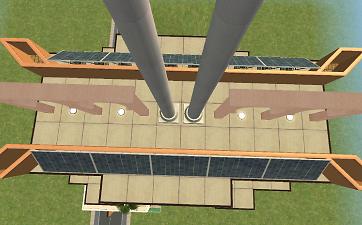 Picked Upload! This is a picked upload! It showcases some of the best talent and creativity available on MTS and in the community.
No CC required.
Every Downtown needs buildings that would be out of place anywhere but the city center- places that are a testament to the industry and wealth of Simkind, instead of a feeble attempt to pretend that nature still holds sway in the heart of a bustling metropolis. This modern tower fills this need in whatever city it is built, inspiring confidence in the city's future, and expanding the horizons of the Sims fortunate enough to call these vertigo-inducing apartments home.

This apartment tower's glass, stucco, and sandstone facade comes from a complex of buildings in Dubai (where else?) known as the Business Bay Executive Towers, designed by Atkins architectural group. Designed for a desert of both sand and concrete on the Arabian peninsula, this tower will look at home in a desert city just as much as it will in a traditional Downtown setting, and its sheer size (this lot is *enormous*- don't be fooled by its 2X2 footprint) instantly make it a prominent landmark and one of the defining features of a city's skyline. (Concept art below taken from http://www.e-architect.co.uk/dubai/...xecutive-towers ) Unlike some others, this building is not designed to cater exclusively to the wealthiest Sims, however apartments here are not the cheapest available. Starting at $2,411 per week, they are best suited for Sims or families who are at least high enough in their careers to feel secure in their finances. Several apartments are well-suited for a small family, providing the option to have the income of two Sims going towards that all-important rent payment. Because of this slightly higher standard when it comes to the residents of this building, the public spaces of the tower are designed to provide a feeling of wealth for ALL this building's tenants, not just the penthouse occupants. That being said, the amenities found in the penthouse apartment rival those in even the most luxurious of buildings, with a mirrored entryway, two-story living room with floor-to-ceiling windows looking out at the city skyline, world-class gourmet kitchen with a fully stocked bar, and a leather-trimmed gaming lounge just below the roof (which could easily be converted into an office for more business-minded Sims). An expansive balcony is also available to the penthouse tenants, perfect for evening gatherings or a private retreat in the very heart of the city. Finally, in a large room at almost the very top, an entire two stories are dedicated to an indoor basketball court (half court, for practical reasons)- perfect for an athlete at the top of their game, or a bored business tycoon with a hobby for sports, and the Simoleans to spend for such luxury...

You need a household with a lot of money coming in every week to afford this penthouse- the rent is an outrageous $11,759 per week, which puts it out of reach of even some jobs at the top of a career. Some, like a Hall of Famer in the Athletic career, or a Show Business Icon, could afford it without any help, but my suggestion would be to either move in a Sim popular enough to have their rent cut or their salary raised, or (my own solution when playing this lot) put a "power couple" into this apartment, with two Sims each bringing home a good paycheck at the end of the day. Hey, luxury like this doesn't come cheap! This lot is massive, so particularly on older or slower computers, a significant lag may be observed in some camera positions. (the computer I designed it on is nearly a decade old though, so it is still playable.) If your computer's performance with this lot is not ideal, I recommend using low camera angles and high zoom levels, so that there is less for the processor to have to handle at any given time. Higher zoom levels also make it less likely that the camera will seem to suddenly fall off the side of the building as you move around. I would never upload a lot that I didn't think people would enjoy playing though, so I hope you all like having one more skyscraper to adorn your Downtown with!

Additional Credits:
The exterior of this building is based on the design of the Business Bay Executive Towers complex in Dubai, designed by the architectural company WS Atkins plc. http://en.wikipedia.org/wiki/Executive_Towers