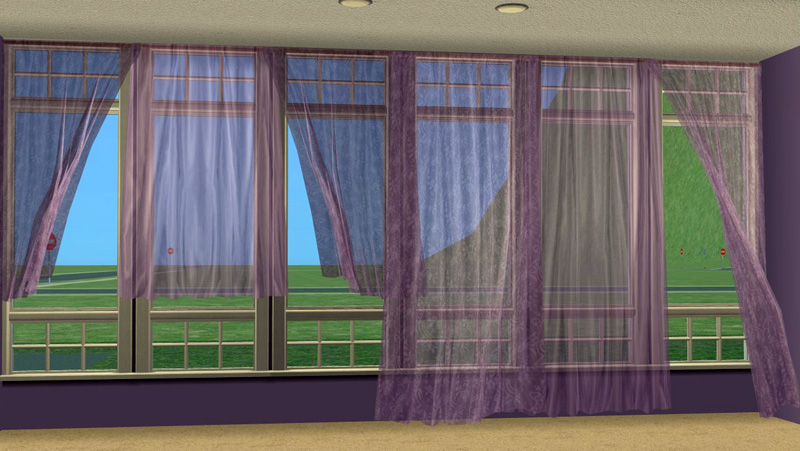 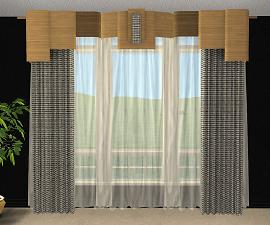 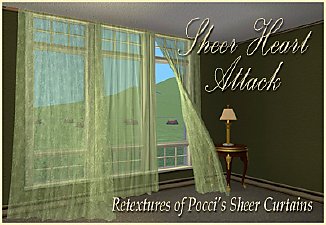 844 Thanks  Thanks     131 Favourited
This is a new mesh recolour, and means that you will need to download the particular mesh itself in order for this to show up in your game. See the Meshes Needed section or read the text for more information.

Picked Upload! This is a picked upload! It showcases some of the best talent and creativity available on MTS and in the community.
You know, that song title (And yep, it's another Queen song title, one of my favorite of their songs, in fact.

) is very appropos. Because not only are these sheer curtains, but they damn near gave me a heart attack making them. Or at the very least, they made me want to pull out all my hair. (And I've got a lot of hair!) But you don't want to hear my whining, do you? You just want the goods, right? Well, be that way!

So Pocci made these sheer curtains that I use the hell out of. I wanted not only more colors of 'em than the pink and white that Pocci originally made, but I wanted 'em in lace to match. And I also wanted 'em a bit more transparent and a bit less...foldy, I guess you could say. I also wanted valances, but since I can't mesh worth a damn...Well, I can't have everything I want. Anyway, the new colors were easy enough. The other things? Not so much, at least not for a moron like me. But after much hair-pulling and throwing of bean bags across the room and after much fussing with transparency and then endless Photoshop->SimPE->game cycles to check the results of said fussing, I finally succeeded to my own satisfaction. And I figured I'd share.

I made 10 colors, all pastel-y because...Well, they're sheers. Sheers are usually pastel-y. My white is different than Pocci's original white. It's more transparent, so it looks a little dingier, I guess. Each color comes in a lace and a not-lace version, like so: As usual, you can tell that green is my favorite color.

The lace pattern is very subtle, which is how I wanted it, so it's hard to see on the smaller pics in the collage. Sorry about that, but trust me when I say that it looks the same on almost all the colors. The exception is the gray, on which the pattern is even more subtle, mostly because the color is not as transparent as it is on the other colors; I wanted that color to be a little darker for my own purposes.

Now, there are six different meshes in the set, which are repositoried. The master is the long-leftside-blowing-open mesh. They are all included for you if you don't already have them, but Pocci's original posting of them is here, if you want pics of their version and stuff: http://tokyo-cafe-labo.dreamwidth.org/6556.html (Note: I didn't include Pocci's pink recolor; if you want it, you'll have to download their file.) Anyway, here is the lilac color on all six of the meshes: And finally, here is how I often use these things, just as real sheers are usually used: So there you go. As usual, all files are Compressorized and clearly-named so you can pick and choose what you want to keep. There's a copy of the color collage in the zip to help with that. Everything is all in one file, but there are three folders inside the zip, one with the meshes, one with the not-lace retextures, and one with the lace retextures. If you don't want it all, don't keep it all. Well, except for the meshes. You need to keep those. Unless you already have them, in which case you don't need them at all.

Credits:
Yeah, yeah, Photoshop CS2, SimPE, jfade's Compressorizer. Where would I be without them? Nowhere, is where.
The ever-adorable Roger Taylor for writing the slightly snarky, poking-fun-at-late-70s-punk-bands song. Inarticulate, indeed.

And speaking of late-70s punk, also Sting and his lute and his rather bizarre but, to me, very cool decision to make an album of English Renaissance songs, for helping to prevent me from pulling out all my hair while working on these.

Finally, the lace pattern is lifted from a picture of some damask wallpaper that's for sale somewhere on the web. I don't remember where because I snarfed a lot of pics before I found one I liked and that I could ultimately use. And then I did a few hours' worth of fussing with it to lift the pattern from the photo and make it tile and stuff, so I'm calling it my own, dammit! :D