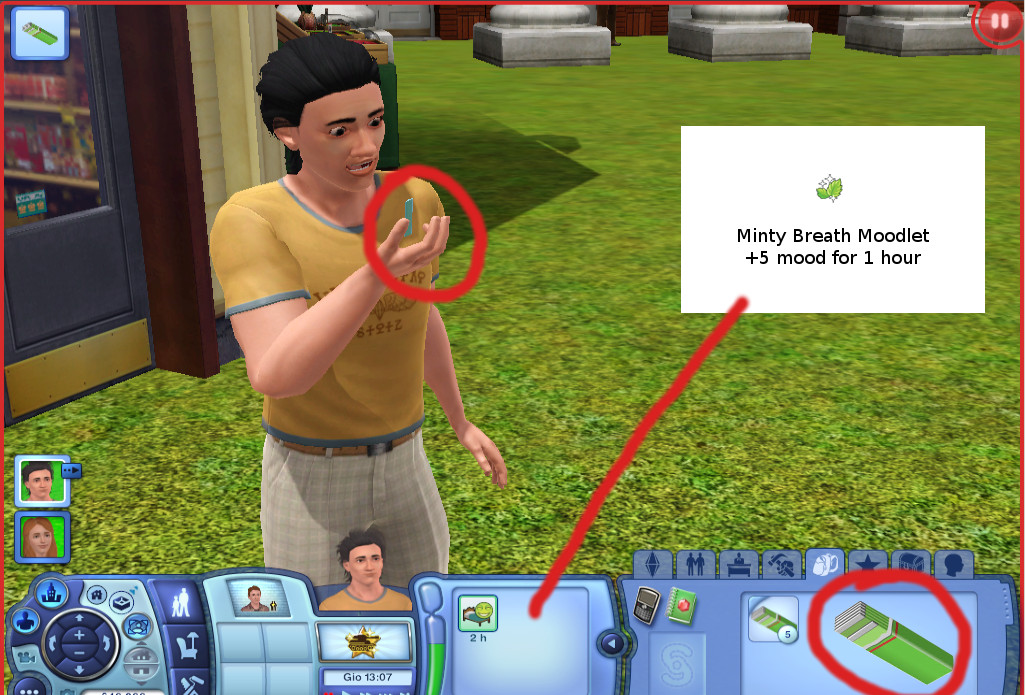 This mod adds chewing gums in the game.

You can buy them at a grocery store rabbit hole (or in the buy catalog under appliances/misc)
and eat/chew them to get a nerfed minty breath buff (the one you get for brushing teeth in a sink).
It features a (lame) new mesh for the gum and a (even lamer) custom chewing animation for children and adults.

Gums are very small so pay attention where you place them.
If they are in a inventory they appear like a pack.
You can drag and drop them from a sim to another sim.
Sims will eat/chew gums autonomously (but keep in mind that they see them as food).
Simbots can't eat gums.

For sitting sims the interaction is disabled for current lack of a working animation.
In a hypothetical next version I'd also like to play an annoying chewing sound if sims have
the Inappropriate trait and maybe add bubbles (someone did a bubble-gum as accessory after all).

EDIT: I know it's a silly and useless mod, so it's ok if you try it and then delete it after 17 seconds.
But, wait a minute, maybe just deleting it wont give you enough satisfaction, so how about this:
you save the file in a cheap storage device (can be a usb pendrive or a cd-rom or, if you're feeling
nostalgic even a floppy disk or, why not, a tape), then carefully place said device on the ground
or any other surface of your liking and smash it with a sledgehammer. Ahhh, that's better.

Additional Credits:
All respective authors and contributors of the tools and tutorials for modding TS3.
MTS and all modders who made the game much more enjoyable.

See: Game Help:TS3 CC Basicswiki for a full guide!
Back to download view
62 Comments / Replies (Who?)