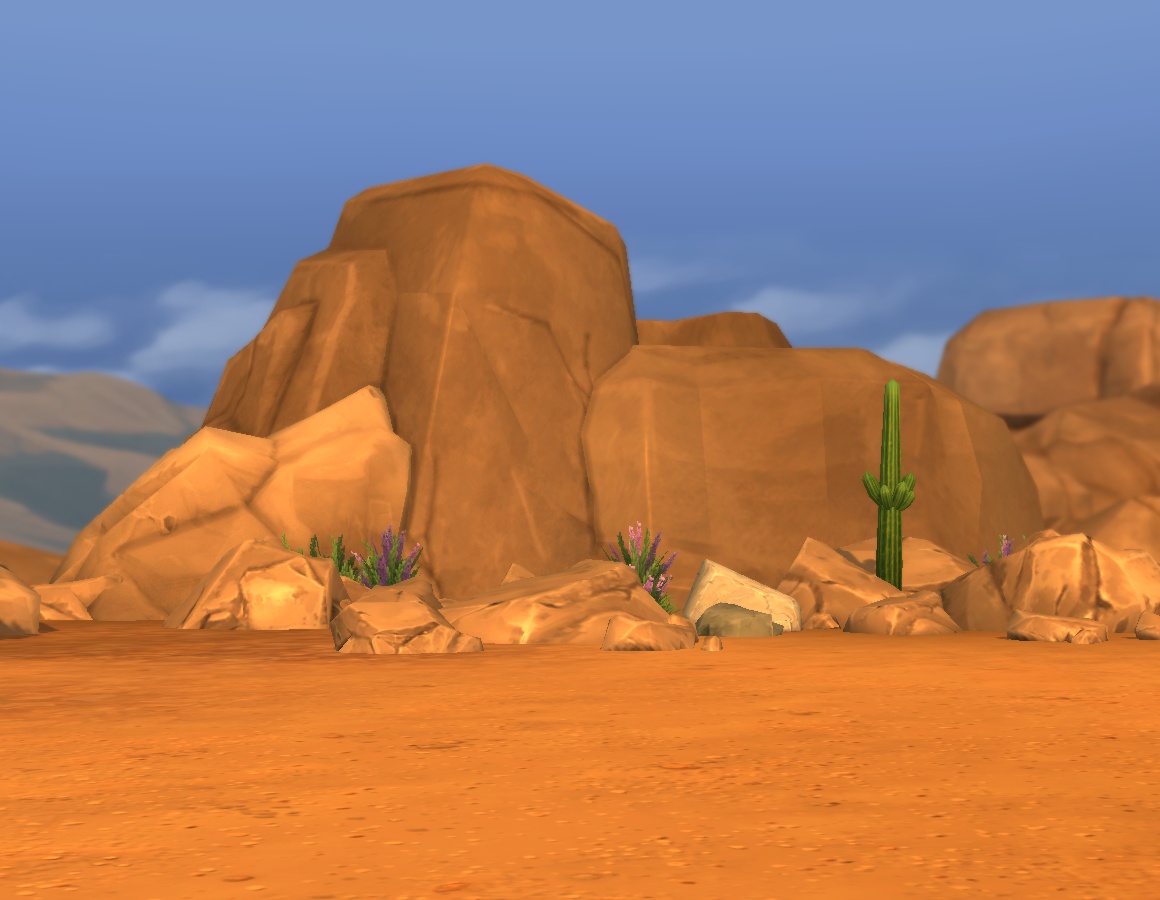 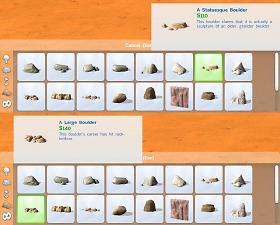 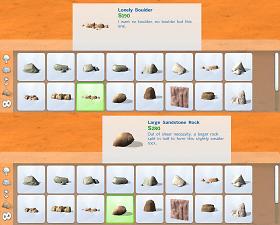 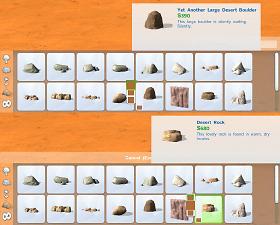 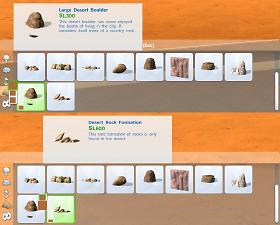 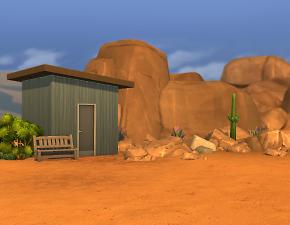 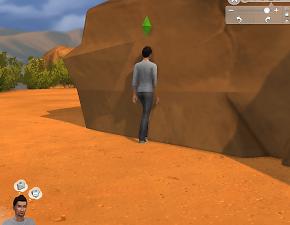 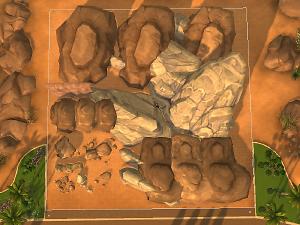 805 Thanks  Thanks     126 Favourited
This is a Maxis Recolour which means that it is a recolour of an item that already exists in your game. Please check the Expansion pack requirements to see which game pack it recolours.
These are two uploads rolled into one:

Neighbourhood rocks made available for Build/Buy Mode. Some of them have variations with slightly different meshes/textures; I've put those in the same thumbnail and added colour swatches to avoid catalogue clutter. All of them have in-game prices that scale roughly by size (between §80 and §1.800, see list below).

This is done by setting Unknown3 to 0x80, Unknown 4 to 0x0230, the Build/Buy flag to 0x01, and adjusting the price as desired. The catalogue sorting relies on Unknown21IId (must be the same for same thumbnail) and the colour list. The small grey rock near the cactus (in front of the light one) is one of the regular garden rocks, I put it there for scale.

Names and descriptions are the unchanged original ones; they don't always make a ton of sense (when a bunch of small stones is called "A Large Boulder" etc), but I deliberately left them alone to avoid confusion which is which should any issues arise. Note that not all of them have a footprint/bounding mesh; sims will route around the smaller ones but walk through the large ones. This can be avoided by putting fences underneath -- I didn't want to change it since it's actually quite nice to be able to overlap them and make different rock formations that way (without having to use movebjects).


These are COBJ overrides; here's a list of prices, names, instances (19 rocks all in all):

The ones with the same prices are available under the same thumbnail. Prices are in relation to size. See the "TopDown" screenshot for a complete overview (this is a 50x50 lot; the largest formation won't fit on anything smaller). The "Edge of Cliff Rocks" is more like a wall; it doesnt have a backside so it probably makes a nice addition for stuff like outdoor deco fountains in modern villas and such (can put it against the wall without blocking the view, I mean).

For me it works fine to save a lot with these rocks to library, removing these mods, and putting the lot back in – rocks are still there; they are also deleteable and moveable. Only difference is that without the override they will have their default price (which in most cases is §4). In other words, this works like in TS3.

I also made overrides for the garden rocks that are already available in game, to make them less stupidly expensive. This was so as to be able to keep the prices in some sort of relation (without making it so that only millionaires can afford the large ones) – they're now §40 each, only the "largest" one costs §60. This is in a separate package (pbox_rocks_default-price-overrides).