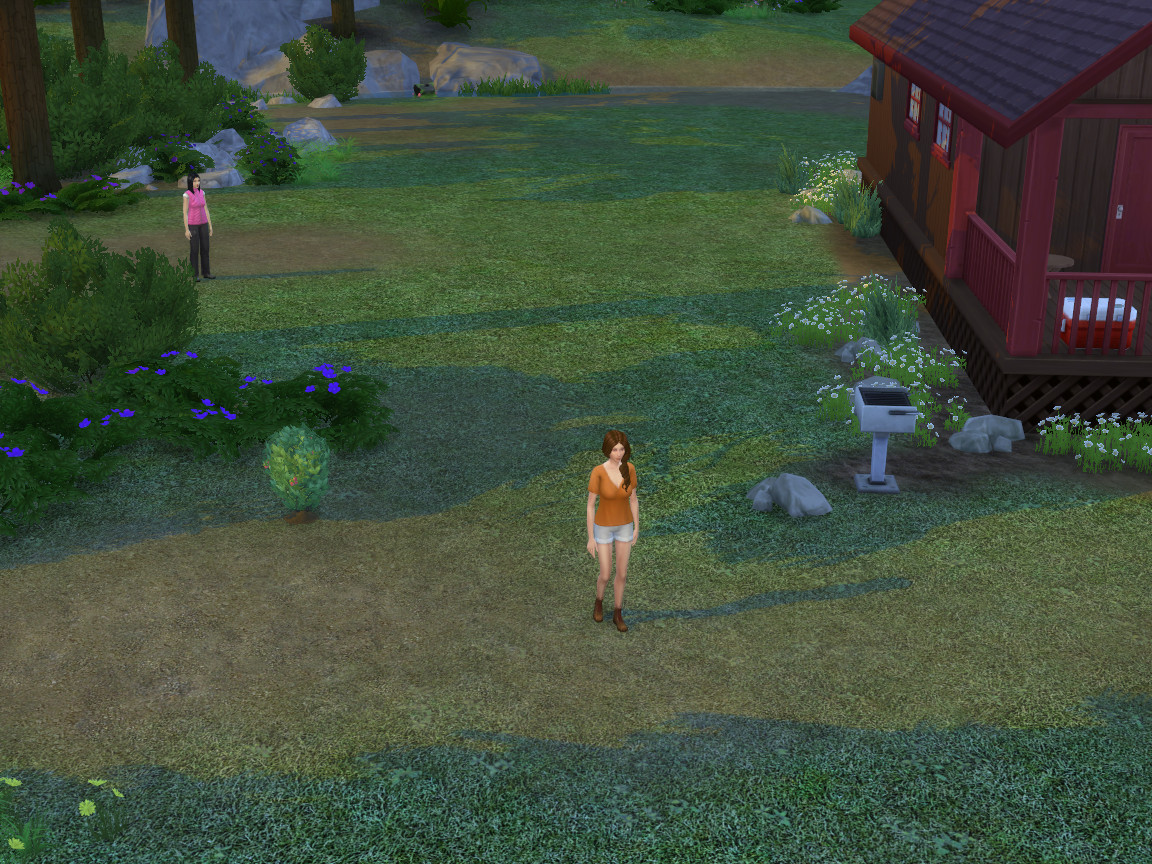 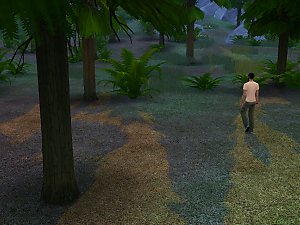 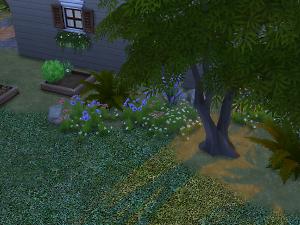 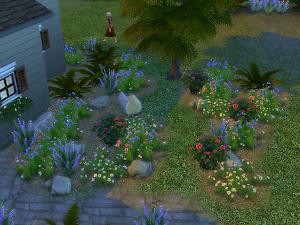 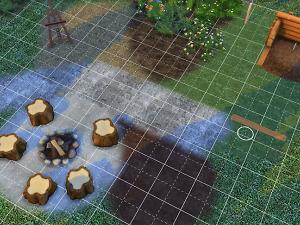 Picked Upload! This is a picked upload! It showcases some of the best talent and creativity available on MTS and in the community.
This mod replaces all of the terrain textures on the three Outdoor Retreat maps with sharpened more detailed textures. Also the five new Terrain Paints are swapped out with new ones. -- All of the green grass is replaced by a sharpened grass file from Sims3.
-- Dirt files are replaced by sharpened dirt files and one which has dirt with tufts of grass, from Sims 3.
-- The pine needles files under the forest trees are replaced with the Sims3 pine needles.
-- The two gray rock/clay/sand images used a lot on the Hermit map are sharpened, and one of them is much darker. I've darkened it quite a bit because this file is used on all the maps on trails and other places, on top of another image; two or three images layed on top of one another. This gives that white dust effect with the too much white showing through grass or dirt; which effect I wanted to remove. The five Terrain Paints are replaced with new ones, shown below. The icons in build mode are not replaced, it is more difficult (s4pe often doesn't show these smaller images correctly) and time consuming to find them. But when using build mode, dirt is brown dirt, pine needles are pine needles, the light-gray mud/rock file is replaced by the light solid rock (under the campfire).

The green grass is my grass image reduced in size to 512x512, so it looks like the grass is mown or packed down. Be aware that when editing the Granite Falls lots, it's possible to use the eraser tool and my world grass will show underneath as the default. Many of the lots are using base game terrain paints and won't be altered automatically when installing this mod.

The darker/ugly grass file is replaced by a light stone paving file shown below, because another grass file isn't necessary. The Hermit lot cannot be edited and presents a problem with one of the base game vomit-green terrain paint files, shown below. This terrain paint, called Too Hot Too Trot, is altered in a separate file, replaced by a woodchips mulch file from Sims3. So the Hermit lot will look as below when using this extra file. This file cannot be used at the same time as the Base Game Default Grass Replacement Terrain Paint mod by kiwisims_4, since his mod also uses this same file. That mod will also replace this spot on the Hermit's lot. The main mod cannot be used at the same time as the kiwisims_4 Granite Falls Replacement Grass or Snow mods, which should be obvious.
Unzip the file(s) and place the .package file in the Mods folder or subfolder.

The Stone Paving and Gray Stone images are made by Max Boughen at maxTextures.com.
http://www.mb3d.co.uk/mb3d/maxTextu...s_Textures.html

Additional Credits:
Created with the use of s4pe by Kuree and Sims4Group.