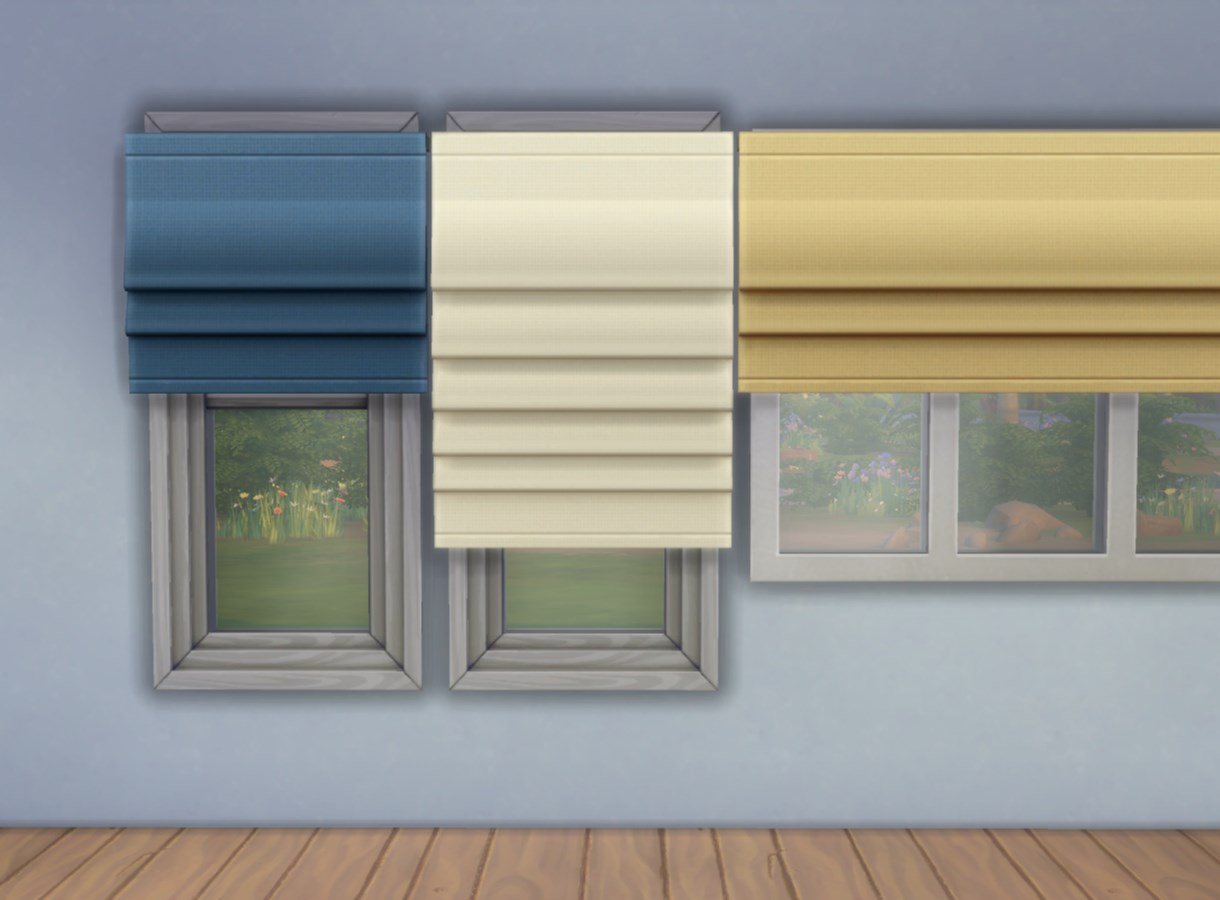 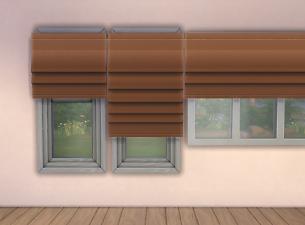 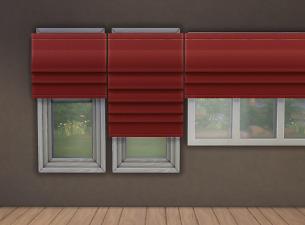 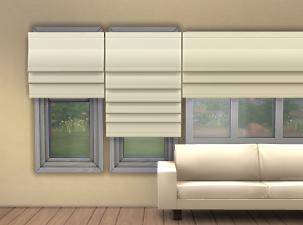 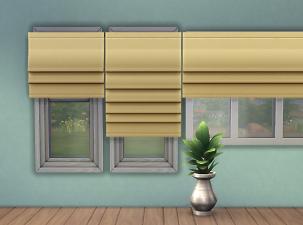 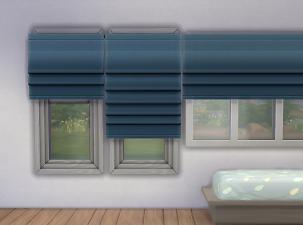 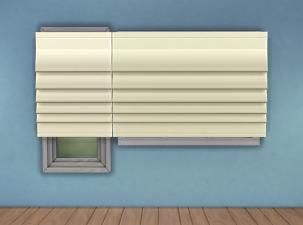 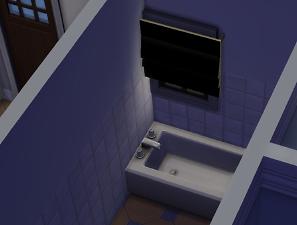 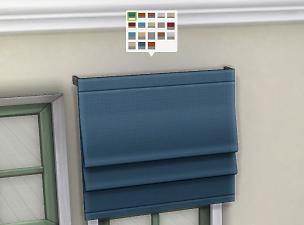 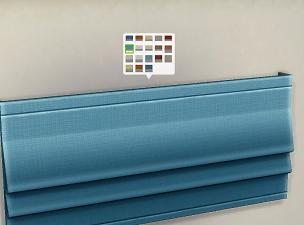 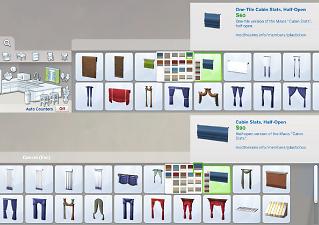 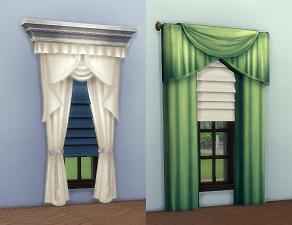 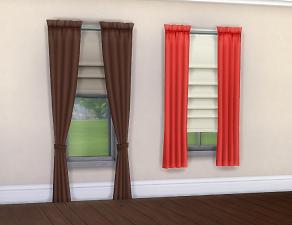 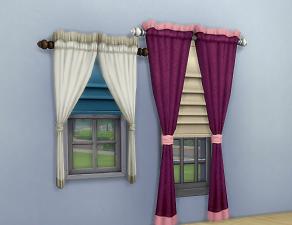 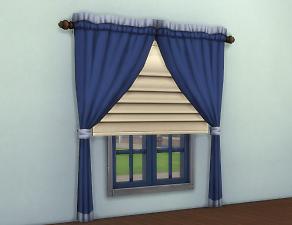 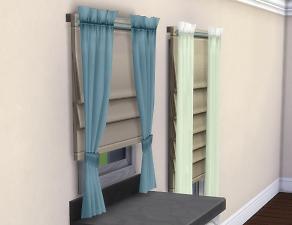 696 Thanks  Thanks     112 Favourited
This is a new mesh, and means that it's a brand new self contained object that usually does not require a specific Expansion pack (although this is possible depending on the type). It may have Recolours hosted on MTS - check below the description for more information.
These are three additional variants of the Maxis Cabin Slats: a one-tile version, a half open version, and a half open one-tile version.


Update 2015-08-29: I made them all flatter and added a flat override for the original blinds as well, so that they can be combined with other curtains (and don’t clip through). This requires using moveobjects since two curtains can’t occupy the same slot. See the additional screenshots for examples. 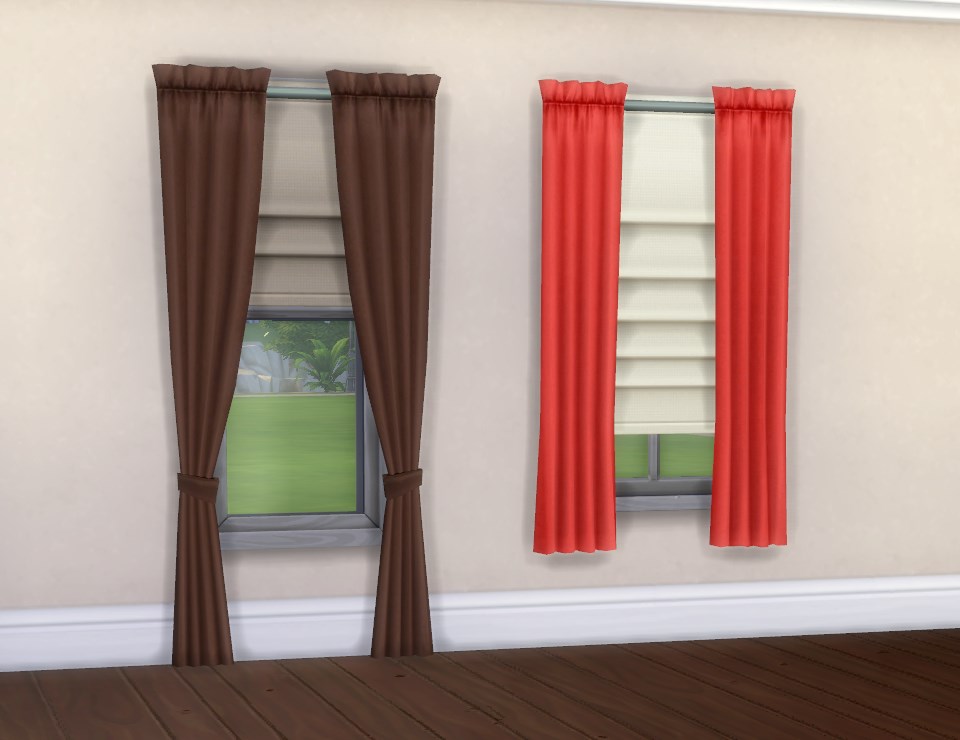 Update 2015-08-18: I put the open and closed versions in the same catalogue thumbnails now, because as of 1.10 one can switch between them with the in-game design tool. (Which means you don’t need to rebuy the blinds to open/close them; the model will only change when you let go of the tool, but it works nevertheless -- swatches are sorted with the half-open versions first, those also have a white bottom end to make them easier to distinguish.)


The LITE resource of the half-open versions is adjusted accordingly (they will let in more light than the closed ones) ‒ right now I only have a rather crappy screenshot of that (small and with no actual comparison, it only shows the edit) but I guess it'll give you an idea what it looks like.

They're available in all nine colour variants of the original; as usual the textures are referenced so no there's no unnecessary junk in the package and overrides will work too. The texture is remapped so patterns should be displaying OK; on the half open versions the middle part (three of the vertical folds) will be missing but I guess that'll look fine since the fabric would be folded in anyway.

The one-tile versions cost 60§ in game, the half open two-tile one costs 90§ like the original.

The bed and sofa on the screenshots are by myself (mesh overrides for the Maxis “Eminence” bed and “Squarely” sofa, see profile); the curtains on the picture above are from here (also by myself).


I’m also attaching the .wrk files (all three versions in the same zip) for recolouring purposes. You don’t need that if all you want is put them in your game as they are.

Need more information?
Back to download view
19 Comments / Replies (Who?)