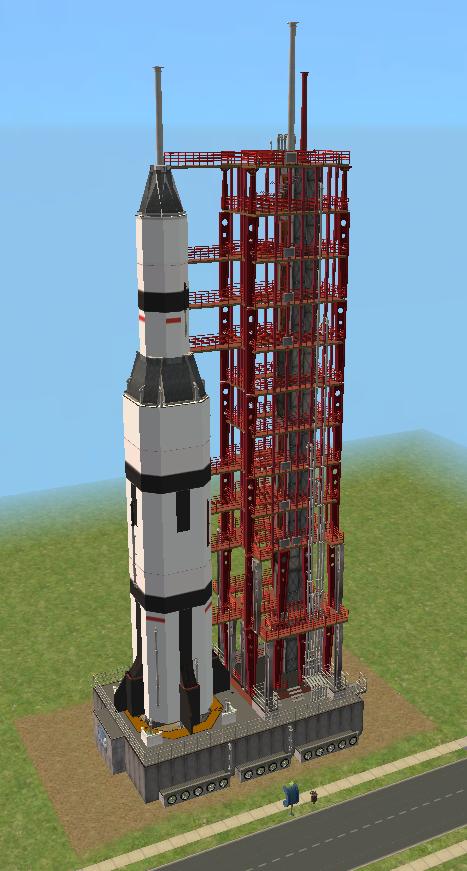 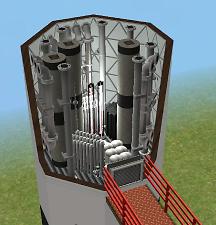 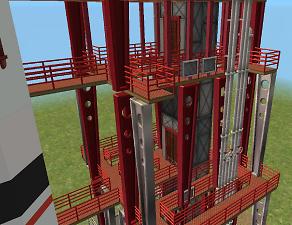 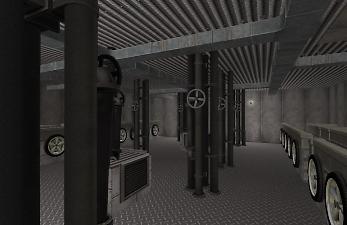 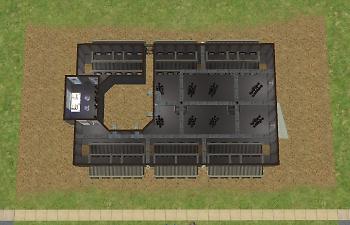 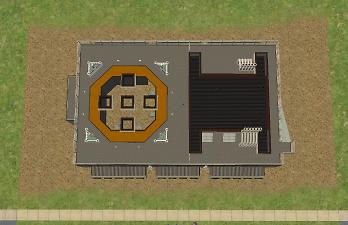 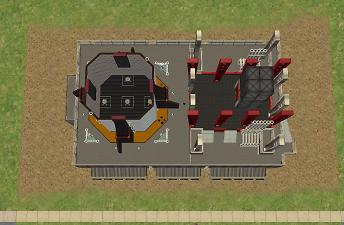 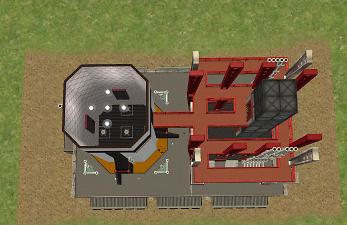 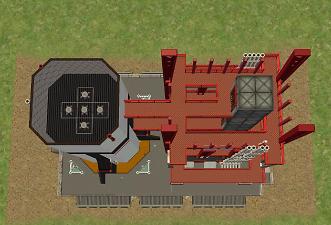 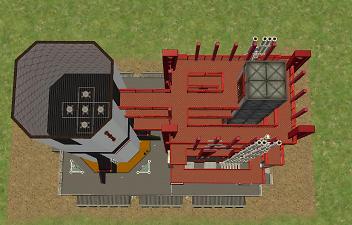 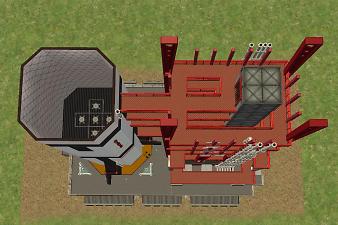 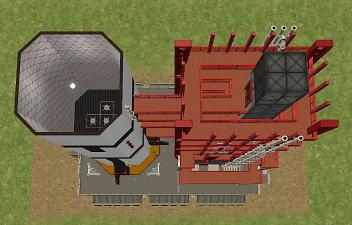 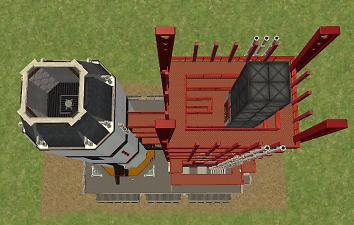 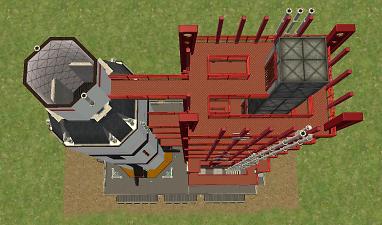 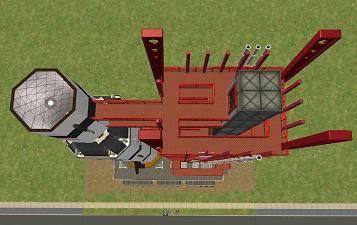 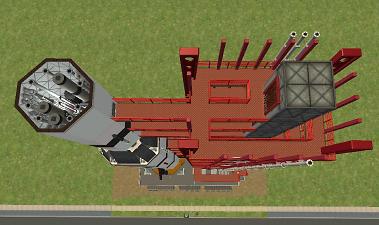 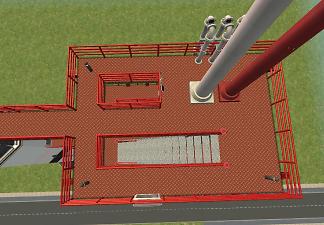 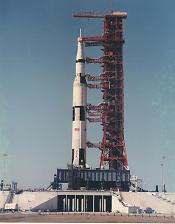 Picked Upload! This is a picked upload! It showcases some of the best talent and creativity available on MTS and in the community.
Quote:

On July 20th, 1969, these immortal words were spoken as a representative of humanity set foot for the first time ever on a world beyond our own. Apollo 11 flew astronauts Neil Armstrong, Buzz Aldrin, and Michael Collins to the Moon, and Armstrong and Aldrin were the first of twelve people in all of human history to ever walk on another celestial body.

Their unbelievable journey started on July 16th, 1969, when they launched from the Kennedy Space Center at 13:32UTC, atop the most powerful vehicle ever designed, the Saturn V rocket (in their case, specifically, SA-506), and it is this incredible vehicle that I present to you with this timely lot upload. (Also, since one of the suggestions for this month's theme was "crossing the globe in a second," what could be better than a rocket that almost lets you do just that? (it's just a bit slower than that!)) The Saturn V is what is known as an expendable multi-stage rocket, meaning that it is not a reusable launch vehicle like the Space Shuttle, and that it has multiple sections that ignite in sequence to lift it into Earth orbit, and then fire again to propel the spacecraft towards the Moon. In the case of the Saturn V, there are three stages used to launch the actual flight vehicles, the Command/Service Modules (CSM) and the Lunar Module (LM).

The launch of a Saturn V rocket is an incredible achievement in its own right- this vehicle is the size of a skyscraper which is moved to the launch pad by one of the largest treaded vehicles in history (the glorified tank on the bottom of the superstructure), then filled with millions of pounds of cryogenic fuels (which if accidentally ignited would create an explosion greater than two thousand TONS of TNT) that are then deliberately ignited to allow this monumental craft to break the pull of Earth's gravity and escape into the heavens.

Once the countdown clock reached zero and the five main engines were ignited, the Saturn V would be held down on the pad by a series of restraints until it had built up enough thrust to lift off. It took approximately 12 seconds for the rocket to clear the launch tower, considered by most Apollo astronauts to be the tensest part of the entire mission, as a failure at this point could result in the entire rocket falling back to Earth with almost no opportunity for the astronauts to make an abort escape launch.

As the first stage burned, it consumed fuel at more than 13 tonnes every second, with the entire stage having been expended in just two minutes and 41 seconds. At this point, the rocket would be somewhere in the neighborhood of 42 miles above the surface of the Earth, and well out over the Atlantic Ocean. Once the first stage was expended, it would be jettisoned to reenter and splash down in the ocean far downrange. At the same time, the five engines of the second stage would ignite, burning for an additional 6 minutes and lifting the rocket more than 100 miles above the Earth's surface. The second stage would be jettisoned just like the first had been, at which point the third stage would ignite its single engine, lifting the rocket (now considerably smaller) into a parking orbit while the astronauts and mission control staff ran systems checks to make sure that everything was prepared to leave Earth orbit and head to the Moon (a maneuver know as trans-lunar injection). Once it was established that this could be performed safely, the third stage would fire again, propelling the craft out of the Earth's gravity well and on its way to the Moon.

Once this was completed, the astronauts on board would separate the CSM from the rest of the vehicle, then turn around and connect to and draw out the LM, giving the familiar silhouette of the Apollo spacecraft. The third stage would then be directed into either a solar orbit similar to the Earth's (essentially to keep it out of the way), or on later missions, directed to crash into the lunar surface to generate a seismic event that could be used to calibrate instruments left on the Moon by earlier missions. The rest of the mission no longer uses the Saturn V, but still- it's interesting!

Once the spacecraft reached the moon, the smaller engine on the CSM would fire, slowing the combined vehicles enough to enter lunar orbit, at which point the two astronauts who would walk on the Moon's surface would enter the LM and separate from the CSM, descending towards the lunar surface. The LM would fire its descent stage engine to slow enough for a gentle landing, and the astronauts would perform the lunar portion of their mission, with one or a series of extravehicular activities (EVAs) during which the astronauts would actually be out on the lunar surface.

At the conclusion of the lunar expedition, the astronauts would return to the LM, and fire a smaller engine that would separate the ascent stage and return it to lunar orbit (the descent stage would remain on the Moon- with a powerful enough telescope, you can actually still see them!) for a rendezvous with the third crew member in the orbiting CSM.

The LM ascent stage would be jettisoned once the crew was reunited, and the CSM would be used for the return to Earth, with its engine being fired again to escape the Moon's gravity and accelerate back towards the Earth. The spacecraft would NOT enter Earth orbit again upon reaching our little blue world- instead, the service module would be jettisoned, and a precise angle of descent would have to be made. This was so that the Command Module would be pointed just right, so that it would neither enter the atmosphere too steeply (resulting in the vehicle being heated too dramatically and essentially becoming a shooting star- not an ideal situation when there are three people inside!) nor too shallowly (which would essentially see the CM deflecting off the atmosphere and back into space with no way to return to Earth, in much the same way a stone can be skipped off the surface of a lake- again, not ideal when three lives are being considered!)

After a successful atmospheric reentry, the Command Module would be slowed to around 300 mph, at which point a series of parachutes would be deployed, slowing it even further, until it splashed down in the ocean at a gentle 15-20 mph. The astronauts would be picked up by naval vessels in the area, and given a hero's welcome upon returning to the United States. OK, now time for the in-game lot! I'll state right up front- this lot is utterly useless! It doesn't do anything, and even for a visit there isn't much of anything for Sims to do, but I wanted to see if I could make a convincing Saturn V by July 20th! (I'd actually started this lot hoping to have it done by July 20th of LAST year, but I wasn't able to get a number of elements to work properly in time, so I put it off until THIS year's July 20th!) About all it's good for is storytelling and in-game photography, but for that, I'd like to think it's pretty much perfect!

I did test a clone of the lot, and Sims can access any of the levels of the launch tower (but there is no access into the rocket itself, as the Command Module is one of the sections represented by roofing objects!)

The different stages of the rocket are represented, with the first stage engines being represented by CFE'd wall sections, and every other set of engines by a ceiling light (each engine also has a flamethrower sculpture above it, because come on- there's gotta be flame somewhere on a rocket, right?

). The Service Module is the highest enclosed portion of the rocket, and it's filled with a somewhat random assemblage of objects and build mode items to represent the tanks, circuits, computers, radios, and everything else an Apollo mission would have to carry along with them on their voyage- again, inaccessible, but there for realism's sake!

Because of my having them all when I made the lot, all EPs are required- I don't think many SPs should be required, but because I haven't the faintest idea where some of the flooring and wallpaper I used came from, I listed them all, just to be on the safe side! You can probably get by without a lot of them, though I know M&G and IKEA were used here.

As I've noted before, the Saturn V is essentially a skyscraper-sized vehicle, which means that this is a skyscraper-sized lot! It's mostly empty though, so it doesn't lag anywhere near as much as a fully furnished building on the same scale would do! The second level is CFE'd to represent the first stage engines, so any lot alterations that you decide to make should take that into account! As I said, I made a clone of this lot to playtest (as much as there IS to test!), and found no major issues, but if you find anything problematic in your game, let me know and I'll try to fix it straightaway!

Additional Credits:
The real-life Saturn V was developed by a huge team, led by noted rocket scientists Wernher von Braun and Arthur Randolph- not a building, per se, but still- credit for the design of this lot is due to them.