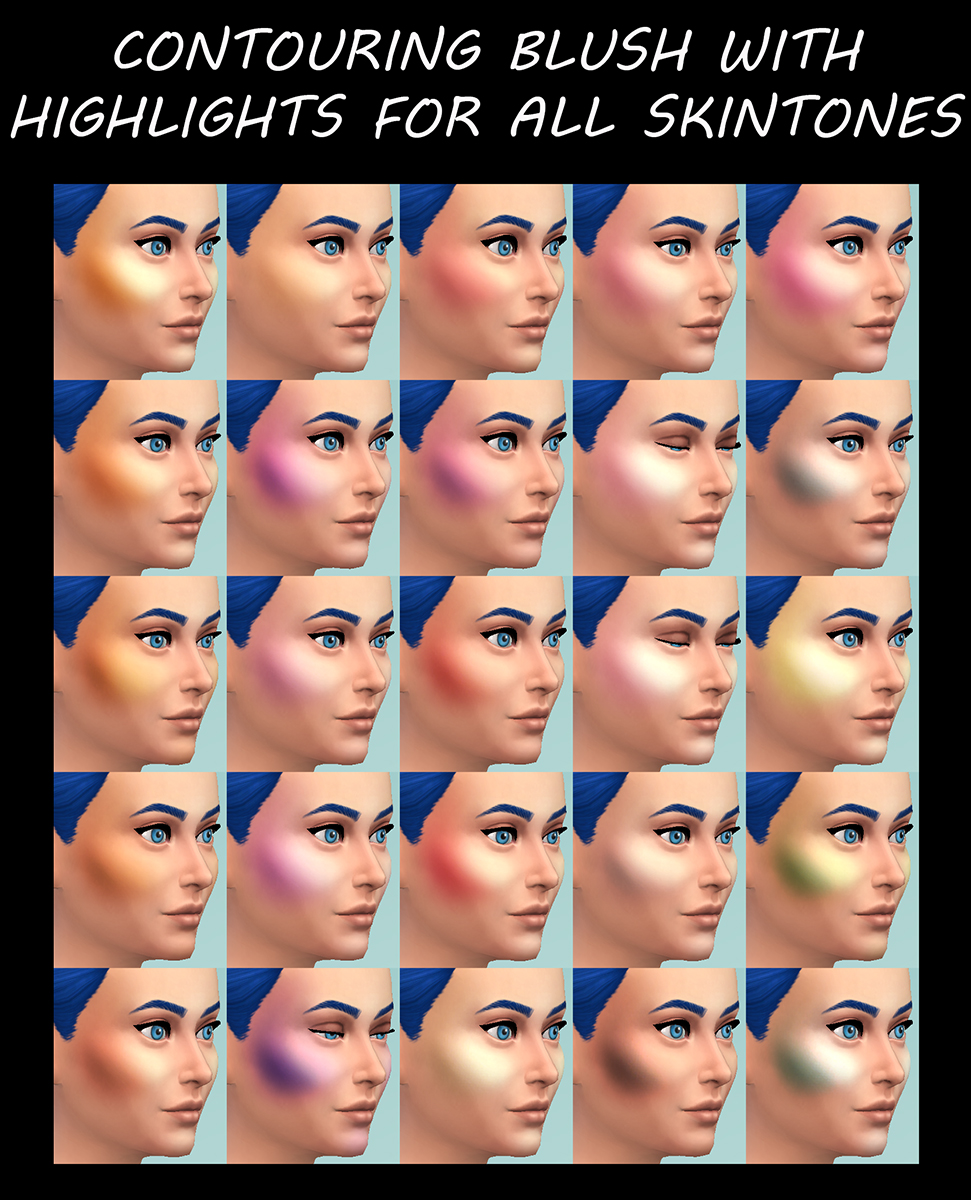 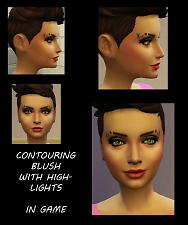 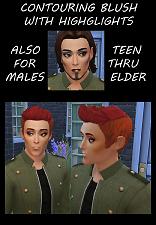 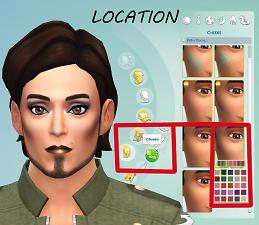 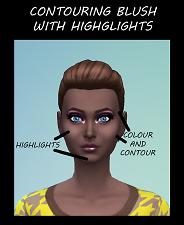 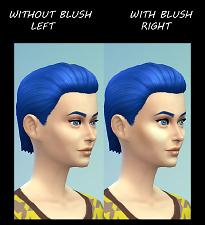 152 Thanks  Thanks     56 Favourited
First, let me say that there are 4 versions of this blush, two for Get to Work, and two for Base Game. The difference between the two is that the GTW version is tagged for aliens and career wear, and a version of each that disallows random NPC's the blush. They are wearable by males and females aged teen through elder, and can be found in CAS under makeup/cheeks.

As for the blush itself, it's a bit complicated, but worth it. The main idea behind this blush is the highlighting and contouring so popular in today's makeup world. Several of the swatches appear to be the same colour, however you will find differing degrees and depth of colours and highlights, as well as the blush itself will be shaped differently so that different shapes of faces will be accommodated. There is a blush for every Sim's skintone in this set, and, as this is a mildly transparent blush, especially in the highlight areas, the colours will look different on the different skintones. I have included a few examples in the pictures.

The blush itself is the main contour, and occurs mainly along and under the cheekbone, and continues up the side of the face to the temple area. The highlights are on the upper cheekbone and in toward the nose, and on the chin. I hope you find this blush useful. If you are so inclined, feel free to use any of my makeup for your custom sims, and if you upload said sim, please link back to my MTS page.

Additional Credits:
All of the makeup used in the pictures is by me and available on my MTS page.

Need more information?
Back to download view
5 Comments / Replies (Who?)