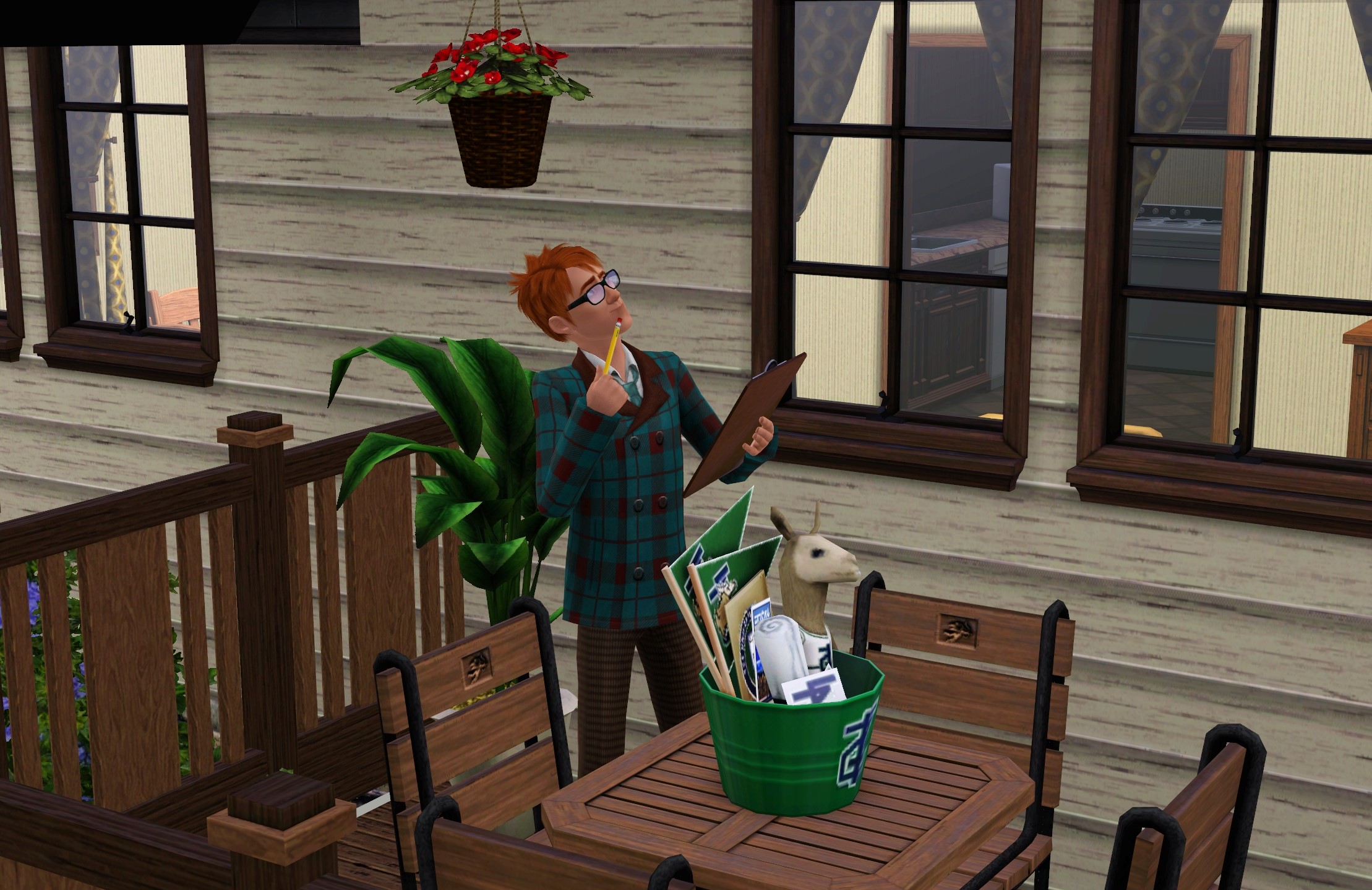 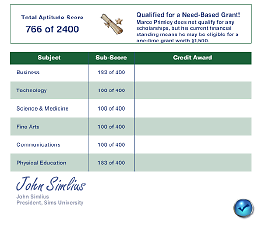 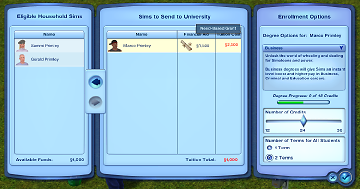 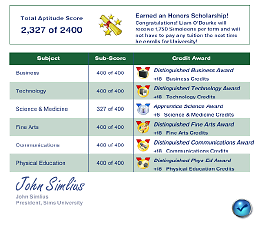 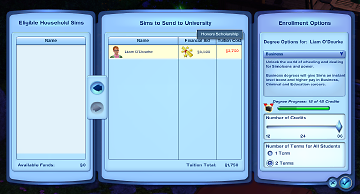 170 Thanks  Thanks     60 Favourited
Did you know that there is a Need-Based Grant available for sims attending University? Did you know that EA had a third type of financial aid planned for University besides Partial and Full Scholarships? Neither did I until about a week ago.


Apparently, EA had planned to implement three different types of merit-based scholarships for taking the Sims University Aptitude Test: the Partial and Full Scholarships seen in-game as well as an "Honors Scholarship," which covers the full cost of tuition in addition to providing a cash stipend. Everything about the scholarship is present in the game files, save for its thumbnail icon, in-game text, and required SUAT score. Strangely, though, despite being essentially feature complete, the "AwardScholarship" method in the Aptitude Test interaction, which assigns merit-based aid to sims in the first place, does not reference the Honors Scholarship at all. Presumably, EA sloppily ripped the scholarship from the game last-minute to simplify the financial aid system.

EA also included a Need-Based Grant that, unlike the Honors Scholarship, is fully present in-game, but I wouldn't blame you if you never knew about it; no mention of it is made anywhere in game except the enrollment dialog itself, and, by default, sims must be practically penniless to even get the option. Additionally, it is a one-time award, unlike the renewable scholarships, so the 750 simoleon grant is hardly enough to take your sim through a single term of University. What Is This Mod?
This is a scripting mod that rewrites the "Take Aptitude Test" interaction to enable the Honors Scholarship to be properly awarded. Additionally, if your sim does not qualify for any scholarships, but has low enough funds to qualify for a Need-Based Grant, that information will be shown on the results dialog.

Sims will require a stellar aptitude test score of at least 2100 out of 2400 to qualify for the Honors Scholarship. This value is tunable; see below for more info.

By default, the amounts provided by the Honors Scholarship and Need-Based Grant are fairly unbalanced; as such, I've included a version of the mod with tweaks to bring them more in-line with the rest EA's tuning (Again, see below).

Versions
Two flavors of this mod are included; the base mod that contains all the modifications to the SUAT and uses EA tuning (or another tuning mod that overrides EA tuning), and a version that contains a few of my own tweaks to financial aid values. Use the base mod if you already have tuning mods that alter scholarships and awards from the SUAT, such as Madam Doofie's Higher Grant Money Mod (or if you prefer EA's unbalanced tuning); otherwise, use the version with tuning.

Tuning and Translations
In the both versions of the mod, the SUAT score needed to qualify for the Honors Scholarship is tunable and can be changed in S3PE or a similar package editing program through the "Gamefreak130.AidOverhaul.TakeAptitudeTest" XML resource. The tuned mod contains a modified version of the "AcademicDegreeManager_0xaf483e360533b0b0" XML resource, which can also be edited to your liking.


Currently, only English is supported. Translations are very welcome and much appreciated; formatted string tables and unhashed keys have been provided in the package if you wish to help.

Compatibility and Uninstallation
Built, tested, and (mostly) working on game version 1.69. It may work on earlier versions, but it has not been tested; do so at your own risk.

The University Life expansion pack is required for this mod to run.

This mod replaces the TakeAptitudeTest interaction and the AptitudeTestModal UI Dialog, and will conflict with any mod that does the same. Additionally, the tuned version of this mod overrides the "AcademicDegreeManager_0xaf483e360533b0b0" XML resource, and will conflict with any mods that alter the same resource. If you suspect you have a tuning mod that alters this resource, use the base mod instead.

Uninstallation should not create a huge problem -- simply remove the mod from the packages folder. However, to avoid potential game problems, it is good practice to ensure no sims are taking the aptitude test before removal. After removal or update of the mod, it is recommended that you delete the "ScriptCache.package" file from your Userdata folder.

Known Issues
My descriptions of the Need-Based Grant and Honors Scholarship on the SUAT results screen are pretty verbose, so the text meets right up against the blue box it's contained in. It's nothing major, but it annoys the obsessive-compulsive goblins in my head.

S3PE and Visual Studio 2017 for making modding stupidly easy
Armiel for her Builder's Island that makes testing quick and simple
Various modders and their scripting tutorials scattered throughout the Interwebs
Delphy for keeping this site up and running
My many test sims for putting up with my nonsense
And you, for checking out this mod!

See: Game Help:TS3 CC Basicswiki for a full guide!
Back to download view
12 Comments / Replies (Who?)