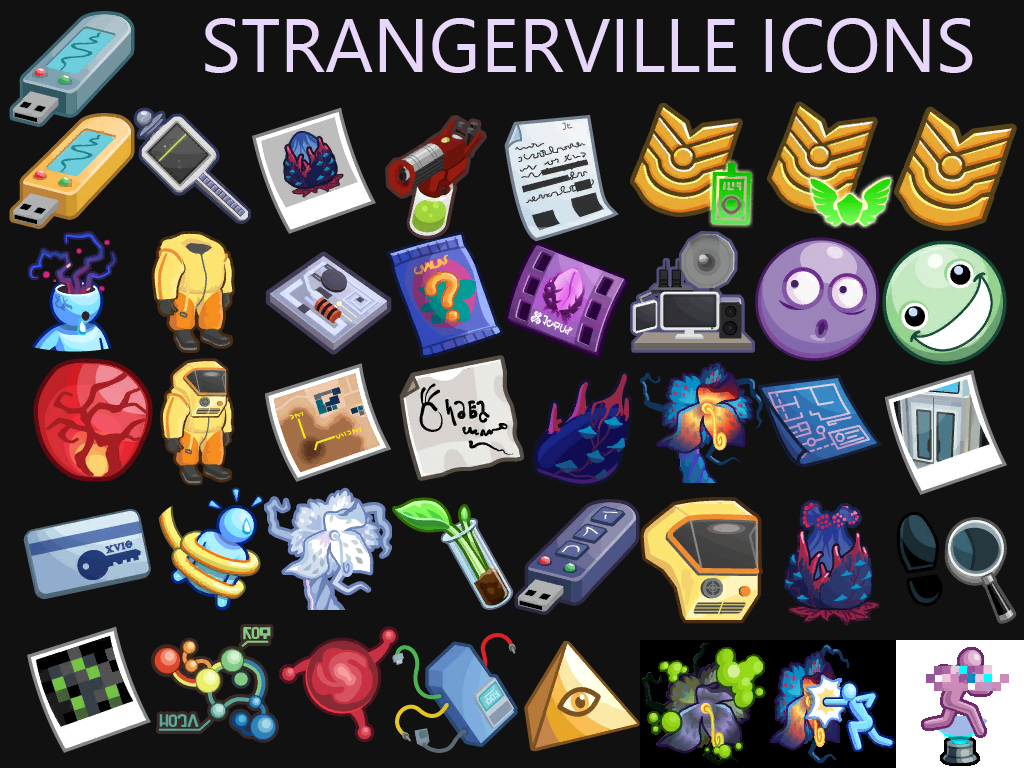 
These are the StrangerVille icons as found in the FullClientBuild0.package from the game which I extracted using Sims4Studio. There are more icons in the zips than show in the image because some of them are duplicates, but have different instance id's, so I thought to keep it consistent and include them all. They are all 128x128 pixels.

There are also 3 icons in the zips which show as Icon Coming Soon. For the same reason as above, so that all the instance id's are available, I kept them in the upload. That way later, when/if they are released, we'll all know which instance id to replace!


You have the option of downloading the files in DDS format, which are directly from the game file, and/or PNG format, which I converted.

The game pack icon itself comes from SimsVIP, with my thanks Sims4Studio was used to extract the icons

Photoshop CC was used to create the bulk icon image

Need more information?
Back to download view
3 Comments / Replies (Who?)