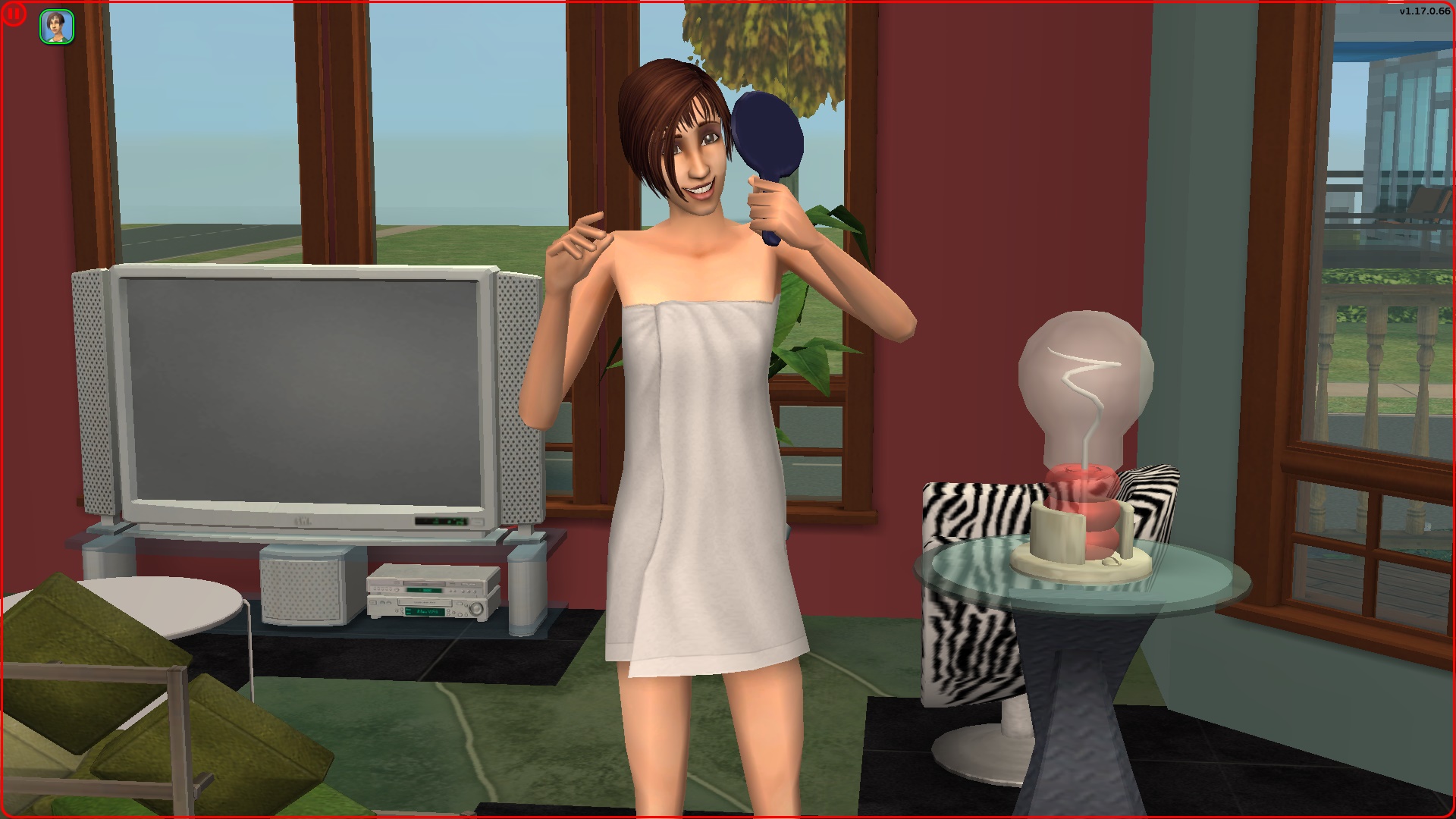 UPDATE 12: Sims were unable to switch into their actual underwear from towel, this has been fixed.

UPDATE 11: Sims won't switch out of their towel if their body temperature is 40 or higher, but if their body temperature is between 30 and 40, then they have only a 2% chance to switch out of their towel.
Advanced Version: There is now an advanced version of this mod. The advanved version is the same as the regular version, but has the following feature:
- Whenever a sim gets out of a shower/bath, or switches out of their towel, and if the hour is between 22:00 and 05:00, and there is no active party on the lot, and if the lot is liveable and the sim is a family member, or an invited-to-stay visitor or apartment neighbor, or if the lot is a non-campground hotel and if the sim has checked into the hotel, and if the sim has lower than half-green energy motive, then the game will make the sim switch into their sleepwear or underwear when switching out of towel, otherwise if the sim is getting out of a shower/bath, the sim must have lower than 30 body temperature to switch into sleepwear or underwear, as otherwise they will switch into towel. Whether the sim switches into sleepwear or underwear depends on the sim's sleep outfit routine and personality, the code is the same line of code Maxis uses to determine the outfit sims switch into while sleeping.

UPDATE 10: Sims won't sleep in their towel any more.

UPDATE 8: Fixed an error with hot-tubs.

UPDATE 1: This update makes it a bit less likely for sims to switch to towel.

Bon Voyage added a towel outfit to the game that sims switch to when they are getting a massage. When a sim switches to towel, they are considered to be in their underwear. There is a turn-on/off for this, but naturally there are not many interactions or moments in the game which allows sims to switch to or stay in their underwear, which makes the turn-on/off mostly irrelevant. I made an Outfit Sense mod that allows sims to appear in their formal clothes more often, but something had to be done about underwear, too.

This mod adds the following features to the game:

It is a simple mod, but I think it makes the underwear turn-on/off much more relevant. If you also want sims to remain in their towel outfit after getting a massage, you should download my Massage Business Mod which adds that feature with UPDATE 2.

You need the latest version of 7zip or WinRAR to get this mod.