No More Celebrities Reacting In Disgust 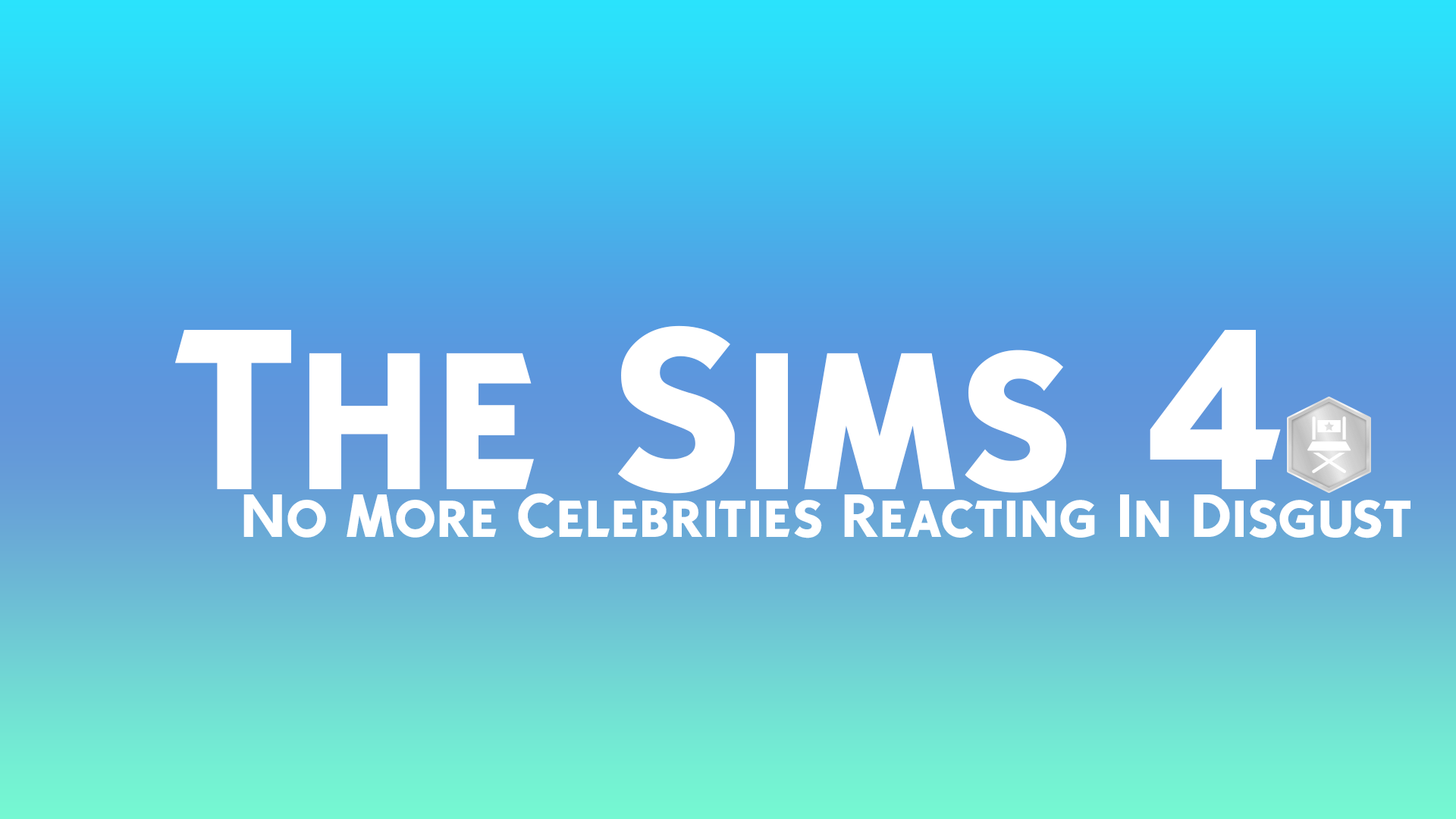 575 Thanks  Thanks     76 Favourited
Per the latest update, there have been reports that the mod is broken now. Of course. EA has once again promised that they have fixed this issue. I have played with the mod in my game since the last update, and I haven't had the interaction occur still. It may be because they fixed it finally, or perhaps the mod still functions.

I'll get around to updating the mod when I get a chance if it's even still required. Uni is absolutely destroying me right now with the pandemic happening, so I apologize for any delays.

You will notice that there has been an update uploaded for this mod. The original file STILL WORKS WITH 1.60. There is no reason you absolutely need to update! The update upload is only there as an attempted fix for the issue where the "React in Disgust" action occurs once upon loading in the game. If this is not something you care about, or if you just don't feel like updating; you do not need too! The mod works, either way, no matter which version you use, it's just a hotfix update.

This is a pretty simple mod, all it does is change the base chance that the "React In Disgust" action will occur to 0, and also changes the ability for this action to be done autonomously to false.

Not really much more to say. I know there have been at least 3 other variants of this mod, however as far as I'm concerned they're next to dead.

I know what you're all thinking, that I must just be another unoriginal mod thief. But none of these packages have been updated within the last year. It seems that it's always the small but helpful mods that get forgotten to the sands of time. Just wanted to do my part to some of the community who don't know how to fix these certain issues.

(Important side note, I tried to check coolspear's version a while ago, just to make sure it wasn't updated, however when I attempted to sign up for simsasylum it never sent me my confirmation email. Upon closer inspection, I realized that the owner of the website wants you to email them in order to activate your account, and I decided to not bother with trying again. If his mod has been updated, I apologize for stealing your credit, but I believe that mods should not be uploaded behind registration walls, especially when those registration walls aren't even correctly setup. If his mod hasn't been updated, well, I guess here's mine?)

EDIT: Upon inspection, I've realized that coolspear's mod has been updated for the 1.48 patch, however, I've gotten mixed feedback on whether or not it still works correctly. Just want to further reiterate my point above though, as a registration wall for mods is just an annoying barrier.

It's probably important to note that you may get the "React In Disgust" action once upon loading into your game for the first time after installing the mod. I'm not quite sure why it does this, however, it cancels itself out automatically, and has not occurred to me since. I did a 24 hour (in-game time) test just to make sure that it was a one-time thing, and as mentioned, it has not reoccurred since initial load. I suspect it might have something to do with how many mods I have, and how the Sims engine handles mod loading, but I could be wrong.

Either way, let me know what you think. Enjoy.

Additional Credits:
S4S
And EA, for making a game that makes me waste my life away.

Need more information?
Back to download view
27 Comments / Replies (Who?)