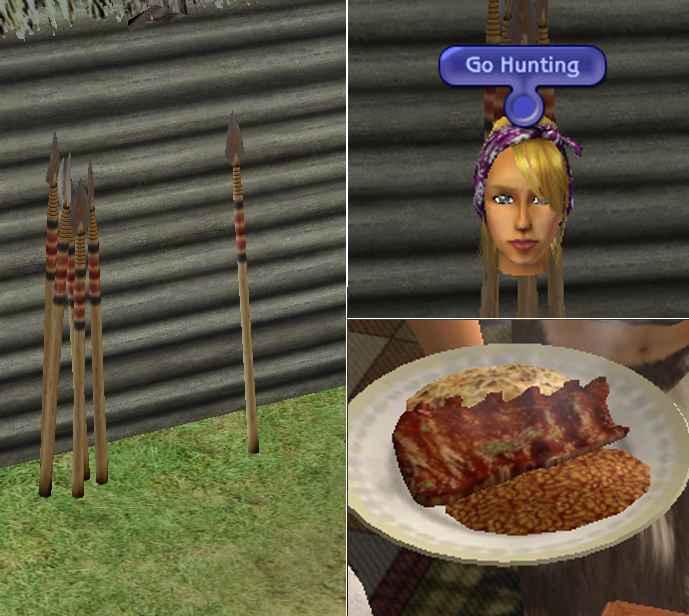 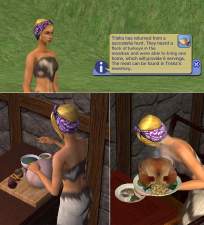 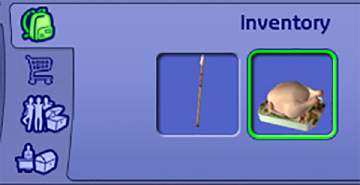 132 Thanks  Thanks     27 Favourited
This download is an object with an interaction to "Go hunting". I always hated having a family that was so fine-tuned for gardening and fishing, but they would still have to go to a refrigerator to get meals like turkey and ribs. Now your sims can go hunting, and bring back a variety of game. The object is a bundle of spears, and if the sim does not already have a single spear in their inventory, they will walk up to the bundle and add one to their inventory. They will then walk off-lot and return after a while with something they caught (or of course, the possibility of nothing at all!) While away, their fitness increases, their energy decreases, and their hygiene decreases.

Find it in Decorative>Sculptures>Spears for Hunting

There are 2 different packages available depending on what expansions you have. There's one that works with the base game, and another with more variety in meals that needs Happy Holidays Stuff, Seasons, and Freetime. The expansion version also requires Apartment life, so that when they leave off-lot it's listed as 'Errands' instead of 'At work' on the sim's avatar. Both versions have different GUID's, so they shouldn't conflict if you decide to have both in your game, but I would recommend only picking one.

The meshes for the bunch of spears and single spear were originally created by BuggyBooz for the First Nations "The Seminole" set. While I've used their meshes, I have updated the GUIDs per their request on Buggybooz's website , and I have updated the catalog information. The bunch of spears has the interaction to go hunting, and calls for the single spear in order to work.

At this time, there are no known conflicts.