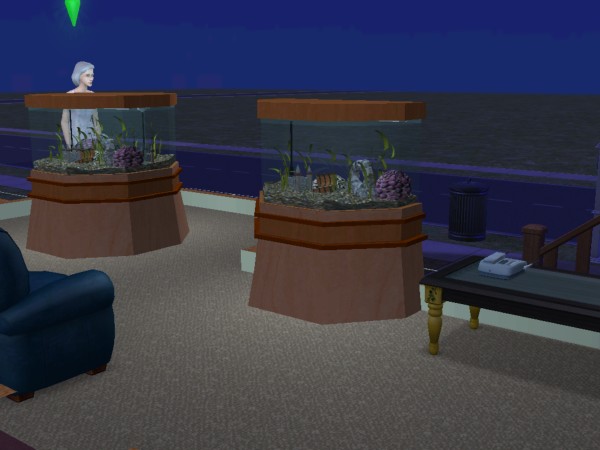 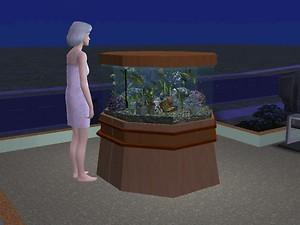 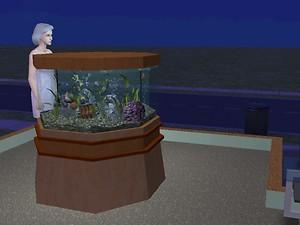 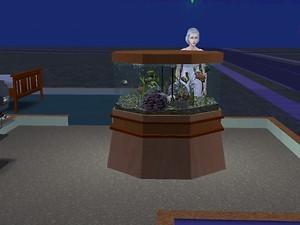 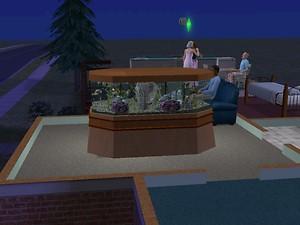 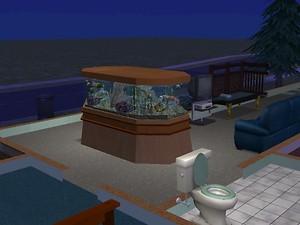 Picked Upload! This is a picked upload! It showcases some of the best talent and creativity available on MTS and in the community.
G'day All,

This is an aquarium that's been made after a request from trackfreak2you.

Not having seen the movie, I hope this is close to it

Cloned from the Maxis original, I made a new base and reshaped the scenery. The plants were duplicated and moved about and the UV's have all changed.
The only real additions are my pathetic attempt at making coral,

they would also have enormous polycounts.
It can be used against a wall, it does enter the wall but doesn't protrude through. Had to re-align it so that 2 of them fit back to back to make the octangonal shape. The final alignment isn't great but everytime I tried to fix it, well I gave up!

I still can't get this recolour enabled thing right yet either?

Anyway, test it if you want and let me know of any problems. (If it's anything like my other stuff, I'm waiting

After another request from trackfreak2you, I have attempted to fix the alignment on the original mesh so I could make another mesh which can be placed to seperate the end pieces and make the tank longer.

You have to use the moveobjects cheat to place the middle piece. Had to make it this way so the tank could be stocked. Fish also only appear in the front half of the middle tank.

Thanks to luslipz73, both meshes are recolourable. :D
The only change to the original was a slight re-alignment to match the middle. No need to download if you're not using the middle piece.

I've also noted that the fish swim outside the glass in places, don't know how to fix this.

You may distribute this file freely or do what you will, but I'd appreciate it if it wasn't hosted on paysites.