Here is my almost finished Gilded Age town house i calling Twin Peaks! might tweek it a bit
C.T.HOLKO88
Victor_tor

@Johnny_Bravo looks great! I wish to make something with you in pair. However I am not sure cause I already stuck with your Square Hamster

Here you can see more of my creations and conversions for sims 3. ;) I`ll glad to see your comments in.
TudorMan23

Here is what i have been working on for a bit! A massive Chateau inspired estate worthy of my The Gilded Age Series
C.T.HOLKO88
Ferguson Avenue

Quote:
Wow! That's a really great house, definitely my personal favourite of your creations so far! It's nice to see you building in Twinbrook too, that house looks like it suits the position well.
TudorMan23

Thank you so much ! And i prefer Twinbrook anyhow
C.T.HOLKO88
TudorMan23

Love this view of Twinbrook from my Chateau
Looking over the kingdom
C.T.HOLKO88
Johnny_Bravo

@Victor_tor
If you want to create a house together, just pm me any time, and we will see if we can manage something

I don't count on any command projects now since I start to work from home. It takes so much time. Much time then before. I did not expect this. Your houses always leave me puzzling about how it was done.

@Johnny_Bravo
Here you can see more of my creations and conversions for sims 3. ;) I`ll glad to see your comments in.
TudorMan23

A beautiful barn style farm house with plenty of porches to enjoy the outdoors in appaloosa plains i recently started! its a little different from what ive been doing !
C.T.HOLKO88
TudorMan23

You guys do realize how large this thread has become when it first started right? Over 1400 posts! This is amazing !
C.T.HOLKO88
Johnny_Bravo

Quote:
And mostly from the same few people.
If you remember me, I'm awesome!
__________
Need help building? We'll help.
Victor_tor

Your houses are great. Thank you!
Here you can see more of my creations and conversions for sims 3. ;) I`ll glad to see your comments in.
Victor_tor

@johnny_bravo may i take a look at your Queen Anne's house once more?

Here you can see more of my creations and conversions for sims 3. ;) I`ll glad to see your comments in.
TudorMan23

Whoops! I started another new project!! Think i need to stop and finish my other projects but oh well!

This is a Tudor Cottage
C.T.HOLKO88
Ferguson Avenue

Quote:
Looks good so far! Even if it is a bit on the grand side to be masquerading as a cottage.

I've almost finished my latest creation, which has been on the back burner since December 2017. It's been heavily inspired by Mapperton, as seen in the 2015 adaption of 'Far From The Madding Crowd'. But since then I have drawn further inspiration from Trerice. I've just about finished it now, apart from some finishing touches to the interior and finishing off the landscaping outside, I've already conjured up a backstory for it too, I just need to name it, which is proving to be the biggest struggle for it at the moment. I was thinking of calling it a Grange rather than a Manor, but other than that I'm rather short of inspiration and open to suggestions.

I think I remember that house

It's finished even with imperfections and changes made during it's life. I was reading the nomenclature on Wikipedia. Perhaps you can pick a name from that?

Quote:
Thanks, I want it to look like it's undergone some changes in its life.

I really like the quote "By Tre, Pol and Pen, Ye shall know Cornishmen" said by Richard Carew in his survey of Conrwall in 1602. It's one of the aspects of what makes Cornwall so special to so many. We've got such a unique culture on this little Celtic peninsula that exudes beautiful coastlines and landscapes too.
I fear my creation is entirely the wrong colour as far as its stonework and roofing is concerned to pass for anything Cornish (or even Devonian for that matter).

But it has got me thinking about looking up place names near to Mapperton to draw inspiration from, so thank you for that suggestion!

EDIT: Just south of Mapperton is a hamlet called 'Loscombe', it really jumps out at me on the map, along with 'Toller Whelme" and "Melplash". But I think "Loscombe Grange" has the best ring to it out of those options.

Quote:
I always thought that a Grange was essentially a big fancy farmhouse, but you made me question that and so I went and looked it up in the dictionary. Turns out that it means slightly different things in different countries, but in the UK it does refer to "a large house in the countryside with farm buildings connected to it", somewhere I even saw that it was often the home of a gentleman farmer. So I guess it does qualify as a Grange because it significantly bigger than any farmhouse I've ever lived in or seen. Especially after having gone to the effort of upgrading all its fireplaces to fireproof. 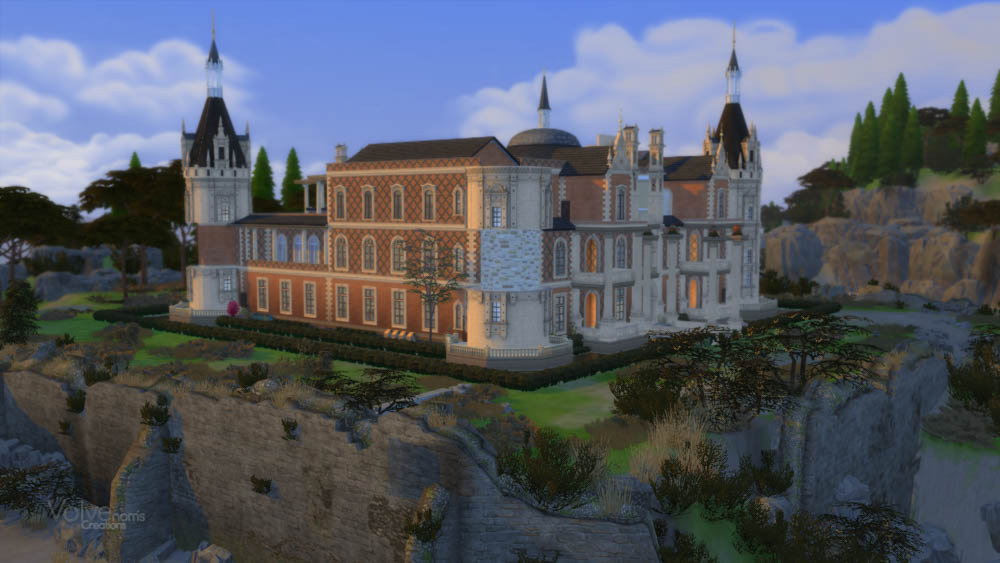 Then a minimalist CC house from the latest exp pack: 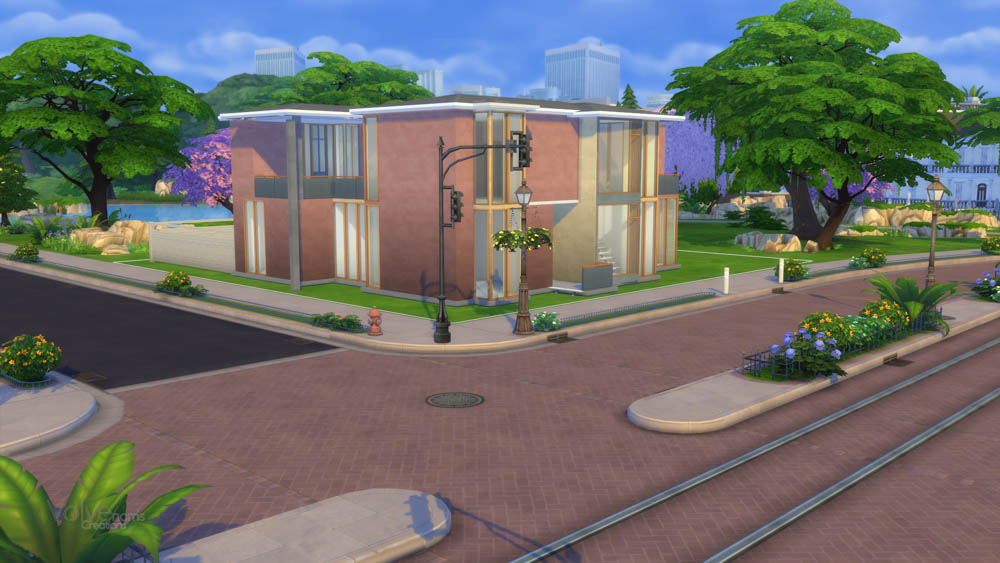 Quote:
Wow, they both look great, and so very different in style too!
TudorMan23

Amazing work you guys! Love seeing how much we all have grown in our building skills over the last couple years
C.T.HOLKO88
Back to top